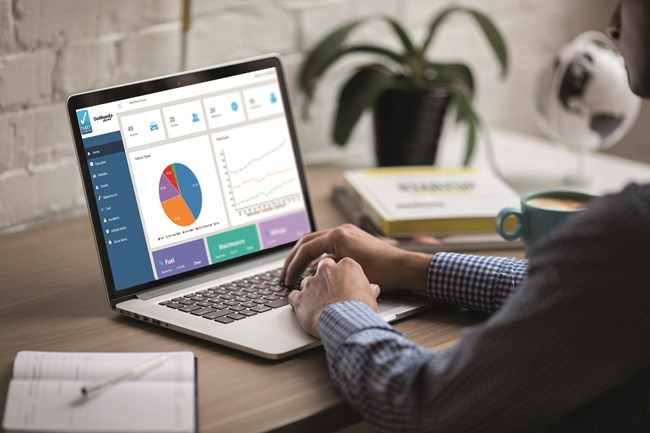 The former element comprises guidance for authorising major repair expenses and allegedly helps fleets to decide whether or not such bills are worth the cost or if the vehicle should be moved on. The latter appears in the company's software system as a "vehicle procurement module" and is said to help fleets plan and budget for replacements. It includes recommendations for specifications and funding types and, along with an additional element known as "fleet policy support", could potentially allow businesses to run vehicles for longer periods than those typically prescribed by manufacturers or leasing companies, in order to increase usage and reduce costs.

Aimed predominantly at the sub-100-vehicle SME market, the service also includes access to the company's fleet consultants and a monthly monitoring facility, which is said to point out ways in which users could get more out of the software.

Expert costs £8 per vehicle per month - though there is a minimum sign-up fee of £80/10 vehicles - and a 30-day free trial is available. It sits above the company's trio of other products, known as Driver, Essential and Professional and also incorporates all of their features.

Fleetcheck's managing director, Peter Golding, told Business Car the service would initially only be available to existing customers but would be rolled out to new clientele early in 2021.

He said it had been developed in response to increasing doubt among fleet operators as to what types of vehicles to procure and when: "I've spoken to hundreds and hundreds of companies, and they all want us to tell them at what point they should be replacing [their vehicles]. They're uncertain about what's happening with electric vehicles and they're uncertain about the vehicles they are driving at the moment.

"We launched it, really, to help them [fleets] work out the optimum time to change and, when they are keeping the vehicle, to make sure that they're spending money wisely as far as the maintenance is concerned."

Golding suggested many modern vehicles could feasibly remain in service for "six or seven years" providing they were correctly maintained, subject to an annual mechanical inspection and continued to meet emissions regulations within the fleet's operating area. He added that the consultancy arm of the Expert service would cross-reference historic SMR costs with fleets that had previously operated similar vehicles and experienced comparable issues.

"For example, you may have clutch failure on a vehicle, which could cost you £700. We know what that vehicle is like for other companies that run them, so if we look at everything else about that vehicle, we can then guide people and say if it's worth the investment. If it isn't, they should move it on."

The rising number of non-specialist fleet managers - which, anecdotally, is said to have accelerated due to restructuring and redundancies throughout the pandemic - was a further motivation for launching the service.

"If fleet manager is a part time job for you or you haven't come to it with a lot of experience, then you really do need some guidance," said Golding, "if you keep vehicles too long, that can be really serious business, because there's the potential risk of vehicles that aren't roadworthy and the reputational damage that comes with that.

"Extending a lease for a year or so is no big deal, but the story is much bigger than that. It's not just about lease - it's about the thousands and thousands of companies that own vehicles. If you extend them well past when they need to be changed, it can actually cost a lot more money to run than a later vehicle with lower emissions and better fuel consumption, so that optimum point is really important.

"There are vehicles at every single point along that spectrum, but to know where each company's vehicles sit will depend upon the use they get, contractual obligations, staff, the type and configuration of the vehicles, the investment [the company] puts in, the likelihood of contracts being cancelled and the availability of vehicles. There are 10 or 20 different permutations that can influence the decision process, so one size does not fit all."