The government will help fund more EV charging points for homes and SMEs, but fleets want more action elsewhere in the network. 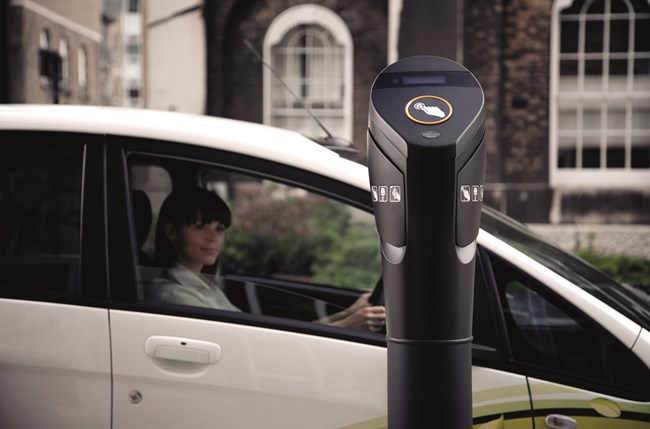 The government committed to helping more people install charging points in their homes and at small businesses, but the organisation representing fleet professionals believes the rest of the public charging network is in urgent need of upgrading and investment.

In addition, the government will continue its Workplace Charging Scheme (WCS), which will be extended to small to medium-sized enterprises (SMEs). The aim of this is to help more rural businesses such as B&Bs benefit from the funding available to them.

Councils will also be able to take advantage of a £20m cash injection from the government to increase the number of on-street electric vehicle change points in towns and cities across the UK.

The Department for Transport's On-Street Residential Chargepoint Scheme (ORCS) will be funded throughout 2021 and into 2022, with the aim of helping people without private parking to charge their vehicles.

Mike Hawes, chief executive of the Society of Motor Manufacturers and Traders (SMMT) said: "We urgently need more charging points to accelerate our transition to electric motoring, so this announcement is welcome and a step in the right direction.

He added that there needs to be a "massive increase in on-street public charging and rapid charge points on our strategic road network", to give EV users more confidence in the UK charging infrastructure.

The government announcement is well timed after the fleet industry called for major updates to be made to the charging network in order to meet future demand.

Paul Hollick, chair of the Association of Fleet Professionals said: "The problem that we have had over the past few years is that there has not been enough usage on the highway, so a lot of chargers are broken and need to be replaced, but because of the infrequency of usage these faults are not picked up for quite a while.

"There are not enough chargers around at the moment in the right locations, and I am hearing a lot of noise from London about charges being hogged by taxi drivers and Ubers, so the public have difficulty using them."

Hollick added that cost-effective kerbside charging points would be important to improving the infrastructure as opposed to highway charging.

He said: "If you are a company car driver, regardless of whether you live in a flat or a house with a driveway, you're probably going to want an electric vehicle, because you don't pay any tax on it at the moment.

"If you don't have the ability to charge at home, then you are still going to try and find a way to do it because of the tax benefits. You do not want to drive to the motorway services to find a fast-charging unit, you want to go around the corner to find the equivalent of a local filling station.

"How to overlay that demand with availability is going to be quite challenging for a lot of authorities and city councils, because all of them are going to want their populace to either electrify or not run a car at all."

Data recently produced by EO Charging revealed that the number of public EV charge points in the UK increased by just 26% over the past 12 months, compared with a 186% rise in sales of EVs in 2020.

EO, which is focused on business fleets rather than consumer vehicles, found that 4,270 public charging points have been installed in the past 12 months.

Further data from Zap-Map, one of the UK's leading EV mapping services, revealed that, despite the reported lack of chargers, more 90% of electric vehicle drivers used a public charging point, although whether it was convenient or in a first choice of location was not recorded.

In addition, the survey found that there are now 788 ultra-rapid chargers across the country with 16% of EV drivers using them, up from 3% in 2019.

Despite the current lack of confidence in the UK charging network and warning signs of unreliability, new infrastructure is already being implemented. Gridserve recently opened an EV only service station in Essex and aim to build 100 of these forecourts over the next five years.

The site, which is the first to use renewable energy to charge up to 36 vehicles at a time, demonstrates that new charging infrastructure in on the way, but realistically it will take several years before we see sites such as these in towns and cities across the UK.

Policy Exchange, an influential centre-right think tank, recently revealed that by 2030 the UK is likely to need 400,000 public charge points, meaning that over the next few years, charge points need to be installed five times faster than at the current rate.

As demand for electric vehicles increases it is likely to attract more investment in infrastructure and the opening of sites such as the Gridserve service station suggest a step in the right direction. But if this switch to electromobility is going to be successful in the UK, providers in this sector will most likely need to accelerate their plans.