From contract hire through rental to subscription - Jack Carfrae breaks down the growing number of funding methods available to fleets. 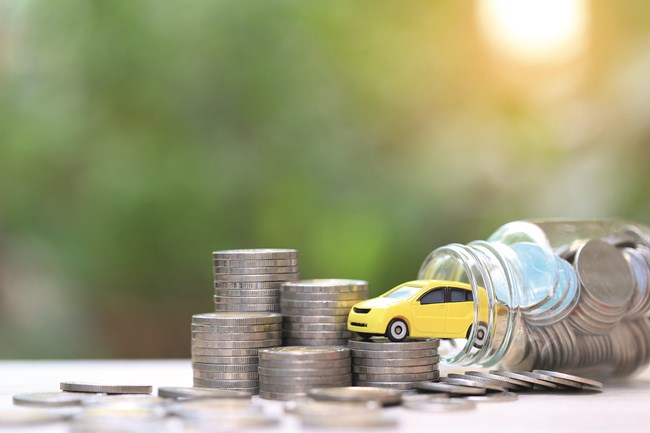 Leasing is the natural conclusion when you utter the words fleet or company car. Pretty much anyone with a smattering of applied knowledge will assume you get your wheels via contract hire and that is the gospel truth for many.

The fleet finance sector is, however, subject to its own fair share of division and, while leasing is not expected to topple from the top spot, businesses are staring at an increasing number of packages - some more distinct than others - each claiming to better suit their punters' nuances, be they cheaper, more flexible, or shorter or longer term.

The cauldron of events, such as the pandemic, vehicle supply, EVs, acquisitions and mergers and the lingering effects of Brexit, among others, may well have upended your circumstances, potentially rendering less conventional options preferable to a standard-issue, three-year lease contract.

Here, Business Car details a selection of popular and time-honoured fleet funding methods, along with some less
traditional alternatives.

Car clubs are relatively small fry compared with other funding methods, but they have their merits, particularly for inner city and public sector applications. Vehicles can usually be hired by the hour or by the day - kind of a micro-rental service - and they are found in the likes of car parks, train stations, rental company branches or just on the street, and are often reserved via apps. Some providers offer to make cars available at the fleet's premises, too.

They are less than ideal if you need vehicles on anything more than an occasional basis, but car clubs can tick the box for the likes of local councils and NHS trusts looking to cut down on, say, grey fleet or taxis and ride hailing.

What Heinz is to beans, contract hire is to fleet finance. The industry-standard funding method is among the most predictable and low-cost ways of acquiring vehicles on a medium to long-term basis. Monthly lease costs are fixed and lower than shorter term agreements, a maintenance package is usually included and the risk lies entirely with the finance company, which collects the vehicle at the end of the term.

Three-year/60,000-mile arrangements still reign supreme, but the pandemic heralded widespread extensions, so it is not uncommon for them to run for longer. Depending on the circumstances, fleets may be able to claim monthly rental costs as a business
expense, too.

Leasing companies worth their salt will tailor packages to suit individual fleets' requirements. For example, some providers can arrange a higher monthly lease rate for vehicles that are destined to be worked hard/likely to be sporting some damage at the end of the contract, reducing the fleet's chances of lofty end-of-contract damage charges.

The downside is that three years - or longer - is a big commitment in the age of trepidation in which we now live, and vehicles need to be used for the length of the term to earn their keep, while prearranged mileage caps can become an expensive problem if you eke over them.

Often described as shared risk and reward, finance lease usually includes an initial payment based on multiples of the monthly rental - for example, three months in one go - and, more often than not, a balloon payment at the end of the contract. They usually add up to a comparatively cheap monthly rate.

Arguably the biggest difference from contract hire is that the lessee takes on a portion of the risk. The finance company owns the vehicle during the lease, but the fleet is responsible for maintenance and any other costs, so it is more of a burden. However, it is easier to extend the contract, mileage is less of an issue and, subject to restrictions, you can usually offset 100% of the rentals against profits before corporation tax. Companies such as ARI fleet claim to identify the optimum point to defleet, too.

Pay off the balloon at the end of the contract and ownership transfers to you, which leaves you at the mercy of current residual values, assuming you sell the vehicle - but at today's used car prices, you are absolutely laughing.

Very similar to the consumer market's hire purchase schemes, lease purchase is more less the same but structured for business users. Like finance lease, it typically involves an up-front payment of several months' rental and likely a balloon at the end of the contract.

Fundamentally, you lease the vehicle while the contract is in session but, assuming all the payments are up to scratch, ownership transfers from the finance company to the fleet at the end.

It is a good option for those who plan to retain vehicles for longer than the average lease contract and want greater control over them.

Buying vehicles outright requires a hefty chunk of change up-front and the risk lies completely with the fleet - there is certainly no maintenance contract. Those are the potentially large downsides that render self-funding untenable for many.

The upside is that you have complete and utter control over the vehicles. You call the shots about how long they remain on the fleet and how many miles they cover, and no one is ever going to bother you with an end-of-contract damage charge.

It can work well for cash-risk business and for those that rack up high mileages.

It is stating the obvious, but daily rental wins hands down for short-term flexibility. If you are within delivery distance of a depot, then it is hard to argue with the convenience of a vehicle dropped at the door, especially ahead of one-off trips for, say, training or filling in for electric vehicles on long journeys.

Rental can also be an excellent alternative to grey fleet, as the cars are usually (but not always) newer, safer and cleaner than employees' own and all of the former's thorny issues, such as insurance and maintenance, are taken care of. Highways England, for example, has a mileage cut off, whereby drivers are required to rent a vehicle, among other alternatives, instead of using their own wheels if the trip necessitates travelling further than a relatively short distance.

Mid-term flexilease packages also exist, which can suit the likes of new starters awaiting delivery of a permanent vehicle.

The industry took a battering at the start of the pandemic, although vans and secondary 'social distancing vehicles' remained in high demand. Fleets have reported availability issues with both, along with highly variable standards of customer service between suppliers.

Rental should be used sparingly and kept in check, because it can be very costly if it runs beyond its short-term intentions.

Our interview with Tusker  details the revival of salary sacrifice, which is almost entirely down to electric company car tax - or the near-total lack of it. It is a good option for employees without a car allowance and a way of steering staff towards plug-in vehicles.

The current savings are so great that they have drawn some drivers back from cash allowance and into EVs, and salary sacrifice also has a life outside the business; drivers often plump for it as a second car for family members, which helps to spread the plug-in message.

"It allows our drivers to get a car for their partners, wives, sons or daughters [and] transition the family to low-carbon technology," Centrica/British Gas fleet boss Steve Winter told Business Car in April.

The downside is that cars emitting more than 75g/km of CO2 do not see much in the way of benefits, which are almost completely tied to taxation, leaving salary sacrifice at the mercy of the Exchequer.

The new kid on the block and often dubbed 'Netflix for cars', subscription occupies a medium-term middle ground between rental and leasing. It is cheaper than the former but more of a commitment - vice versa to the latter - and typically comprises at least a month's tie-in, no down payment or a small one, SMR cover and optional insurance.

As part of our examination of subscription in April's issue, Duncan Chumley, CEO of Mycardirect, which has both rental and subscription operations, told us the following: "The main difference is, when you rent a car, you usually rent by group - A, B, C or D; you don't really know what it is - it's just a rental car,"

"With subscription, it is exactly the same as if you were buying your new car. you know the reg, the chassis number, you know the colour, you are speccing the car to what you want and you choose the model that you want."

Business Car understands subscription has gained traction with fleets in need of vehicles for months at a time - for example, for staff on fixed-term contracts that last less than a year - and those with a cash allowance but no formal car scheme, as fully-packaged vehicles can be obtained within employees' budgets.

Volvo, Jaguar Land Rover and Stellantis are among the manufacturers with their own such schemes, while prolific used car website Cazoo is championing subscription with a hefty marketing campaign.