New premium brand Genesis doesn't have a range set to spark massive fleet demand yet - but preparations are under way for the time when it does. 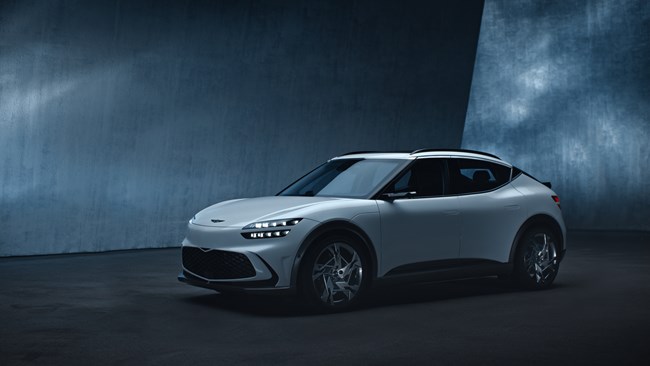 UK car market newcomer Genesis has made a slow start when it comes to appealing to fleets, but that's a situation which is set to change rapidly in the months ahead, the brand believes.

These models are being offered with petrol and diesel powertrains, but no electrified options, and Genesis recognises that its range's appeal to fleet customers will, therefore, be limited for the time being.

However, it expects this to change with the arrival of cars such as the GV60, an upcoming electric SUV.

According to Genesis UK head of sales Jonny Miller, the company is working to get its fleet sales arrangements in place now, so that when models such as the GV60 arrive, the company will be ready to deal with the expected associated increase in corporate demand.

He said: "With our electrification strategy very, very close, we have to have everything in place so that we don't then have a sudden influx of [fleets saying] 'I want to buy a GV60', for example, and we go 'That's great, but we can't actually do it'.

"The next few months will be about getting the infrastructure in place for our electrification strategy.

"I worked for [premium electric brand] Polestar for 12 months and set up [its] corporate market, so I know what we need to do, it's just about getting the building blocks in place."

Although it is electric cars which will drive the main fleet interest for Genesis - which says all its new vehicles will be pure-electric from 2025 - Miller does still believe its current range will attract some user-chooser interest, in particular the GV70.

However, it is still the preparations for electric models that are his core focus from a fleet point of view, with special arrangements needed due to Genesis's business approach of selling direct to customers without dealers.

He said: "What we have been doing is getting the operational bits in place to allow us to interact with the fleet market, the leasing companies. We've got to have contracts, framework agreements, because there is no dealer involved.

"I've been approached a few times in the last few weeks by leasing companies, some brokers, and some corporate customers, saying 'We've seen Genesis starting to appear, what are you doing?', and that's what we are just piecing together now.

"We've been launching the brand, now we've launched the cars, and I think the GV70 in particular will probably open up that user-chooser market. We have a petrol and a diesel, [but] we don't have that hybrid element, so for the company car driver who would be looking for that, whether it's being forced upon them or they want to look for a cost saving, we don't have that at the moment.

"We have always been mindful that we have to launch the brand, then start that corporate discussion, to be ready for when the electric vehicles arrive, because that's really where the corporate market will be coming after us."

Genesis has launched in the UK with a number of eye-catching customer initiatives, including a 'personal assistant' scheme where each customer gets a named employee assigned to help them while buying and running their car, and a free five-year care plan, which includes an unlimited mileage warranty, servicing, and roadside assistance, and these will apply to fleet customers as well as retail.

Miller said: "No matter how you buy, you will get every bit of that [offering]. The Genesis personal assistant will liaise with the driver, but we then as Genesis [will] interact with the leasing company, if there is one involved, and also the company, if they are a corporate customer."