The pandemic has made it easier than ever to fall afoul of grey fleet compliance. Jack Carfrae asks why - and how - alternatives such as salary sacrifice can reduce the risk. 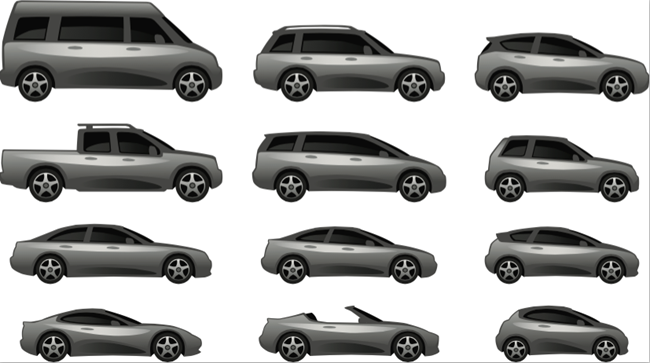 We have said it before, and we will say it again: there is nothing wrong with a well-managed grey fleet. Get your policy, business insurance and checks in place, run it with a keen eye and a sense of moderation, and it is absolutely fine.

The big problem is that a great many organisations just do not work like that. The compliance aspect is often neglected, misunderstood or, in the worst cases, wilfully ignored. Any such organisation is leaving the door open to risk, be it through an effective lack of insurance or unroadworthy vehicles.

Opportunities for non-compliant grey fleet to slip through the cracks have also increased during the pandemic. In our August 2020 issue, we reported a rise in short, local trips by what would previously have been office-based employees - IT staff, for example, travelling to fellow workers' homes to collect or drop off the likes of laptops. The consensus among the fleet industry was that, while overall business mileage had reduced, the number of journeys - at least of this type, if not cumulatively - were on the up.

Then there is the broader move towards remote working, which has seen many staffs' contracts changed to 'based from home', which, after what would previously have been classed as a commute to the office, would be deemed a business trip by insurers.

"HMRC will ask where your normal place of work is, and that's where you are judged to start your business journeys," explains TTC Group's sales director, Steve Pinchen.

Therein lie a gaping and widening open goal. The average staffer outside of the fleet department may well be unaware of the need for business insurance full stop, and the chances of an epiphany just because the small print of their contract has changed, seems slim to none.

Some companies have wised up and altered their practices, but there is still "a huge wealth of ignorance out there, particularly among middle managers," says Licence Check's general manager, Terry Hiles.

"A lot of them don't consider grey fleet drivers to be something they have to address. They don't even see that it's relevant to them."

Beyond that, there's also the argument that grey fleet vehicles are usually older, more likely to go wrong and dirtier - they are said to emit 19% more CO2 than a newly bought or leased equivalent, according to the BVRLA, which has campaigned to curtail grey fleet. Despite the organisation's best efforts, TTC's Group's data - which is based on mileage expense claims and P11D returns - suggests there are now more than 14 times more grey fleet vehicles than company cars in the UK - approximately 14 million to the latter's circa 900,000.

"Of those, only one in 15 vehicles is actually fully managed," says Pinchen, "the other 14, we hope they are properly insured, that the guy has a full licence, and we hope that he's probably not got a disqualification. That's the kind of extent of the problem."

There is clearly an incentive for any business to get a handle on grey fleet - or, indeed, replace it with a more comprehensive alternative. Either way, an audit to establish the extent to which it goes on is not a bad place to start.

"I remember one customer that audited their drivers before anything," regales Pinchen. "When we went in and asked them what their grey fleet was, they all looked at each other, then looked at the ceiling and said, 'I don't know; probably about 100?'

"It ended up being more than 500. That gave them a bit of a shock because the assumption was, it was just those 100 that they'd given a cash allowance, who were all a particular grade in the business - they'd completely discounted everyone else. That was the first time ever that they actually got a full picture of their grey fleet exposure."

That organisation's next move was to sort out its policy and the same should apply to any business in a similar position. If you already have a policy and every driver - including those using their own vehicles for work - has signed it, then you are on the right track, except if it was last updated a decade ago, then it needs another look. If getting drivers to read and sign is a problem, a trick of the trade is to withhold expense payments until they have - that usually sorts it out quickly.

As for alternatives, salary sacrifice, chiefly for electric vehicles, is the big one. Along with benefit-in-kind, it has enjoyed more than a year of tax breaks and makes plenty of sense for employees who would not normally have access to a conventional company car.

"From April last year, you were suddenly looking at a tax-free [electric] vehicle," says Tusker's business development director, Alison Argall. "If you're doing cash allowance, you've lost 32% or 42% of that before you've even looked at a PCP online or gone down to the dealership."

The incentive is such that it has lured drivers with the allowance back into company cars, while salary sacrifice is being used by savvy firms to get other employees up and running with plug-in models. It can necessitate some tweaks to the choice list to rope in a wider range of electric vehicles - if you missed it, our April interview with Centrica's fleet boss, Steve Winter, explains exactly how to do that - but, while the tax break lasts, EV salary sacrifice is arguably among the best ways of pulling employees out of grey fleet and dropping them straight into a clean, managed vehicle.

Pool cars have long been touted as grey fleet replacements and are certainly worth a look if circumstances permit them, as Licence Check's Hiles explains: "They bring with them obvious problems in terms of reporting on the condition of the vehicle and refuelling, so it comes with a management overhead, but it is an area that is seen, particularly by local government, as a way of addressing some of the less desirable aspects of grey fleet - especially environmental."

Some rental and leasing companies offer out-of-the-box pool car packages - Alphabet's Alpha City is among the best known - which may include a serving of electric vehicles and charging facilities. One thing to watch, these days, is the biosecurity element, because drivers will obviously be getting in and out of different cars - although it should be perfectly workable with a bit of sensible planning, communication and liberal quantities of hand sanitiser.

Hiles also reckons cycle to work schemes could have a role to play in eroding grey fleet. Granted, those with a suit jacket dangling over the back seat may be reluctant to pedal up a sweat on the M1 but, given the aforementioned issue of employees switching to home-based contracts, offering those who live close enough a discounted way of getting to work without a car could negate the need for business insurance in that scenario.

"With the right environment and within the right catchment area, there's no doubt at all that cycling - particularly with a government incentive behind it - is being seen by many as being a cleaner, greener way of getting to work and back," he says.

The government announced a £2bn plan to boost cycling and walking in May 2020 - part of the £5bn announced the previous February - beginning with £250m for local authorities to pay for what it called 'pop-up' socially distanced cycling and walking infrastructure during the pandemic. It is a longer-term initiative, too, so fleet operators should not bat away cycling as a grey fleet alternative just because it does not tick the motorway business meeting box.

Less a replacement, rather a way of simply cutting down grey fleet, is to introduce a cap on the distance employees are permitted to travel in their own vehicle before they must use an alternative.

"Highways England, for instance, instigated a programme where there's a maximum length limit on grey fleet journeys, beyond which you are expected to hire a car," explains Simon Turner, campaign manager at Driving for Better Business.

"It's something like 25 miles each way. I know a number of businesses that do it and they have different rates, but around a 50-mile round trip is the point at which it becomes cheaper, in terms of risk management and everything else, to go for
short-term rental."

Highways England also has what Turner describes as a "two-tier mileage claim system", again in the name of deterring employees from using their own car when there is a another, reasonable option.

"If you are going to visit someone out in the middle of nowhere, you can drive and you can claim the full mileage rate for your journey," he explains, "but if you are going to meet someone who's, say, in the middle of Birmingham, you're better off doing that on public transport. So, they've got a two-tiered claim rate to try and discourage you from using your car if you could make the journey easily on public transport."