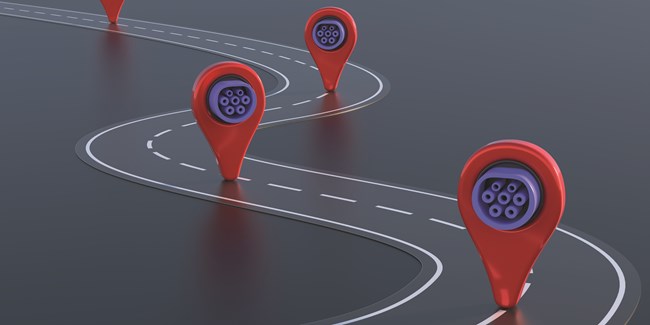 The UK's tired, early EV charging infrastructure has been given a boost as Gridserve rolls out its plans to introduce a network of rapid chargers at motorway services.

The company, which also recently launched the first of its EV charging 'forecourts' in Braintree, wants to install almost 300 rapid chargers across 85% of the UK's motorway service stations, as well as a countrywide network of more than 50 high-power 'electric hubs' with up to 12 350kW chargers in each.

The company says its overall objective is a UK-wide network that people can rely on, without range or charging anxiety, wherever they live and whatever type of electric vehicle they drive. The news comes less than two months after the acquisition of the Electric Highway from Ecotricity.

Gridserve has installed new chargers of 60kW or higher at more than 50 locations. The entire network of almost 300 old Ecotricity chargers at more than 150 locations on motorways and IKEA stores is on track to be replaced by September 2021, enabling any type of EV to charge with contactless payment options and doubling the number of simultaneous charging sessions by offering dual charging from single chargers.

It will act as a blueprint for all future sites with more than ten new Electric Hubs, each featuring six to 12 high power 350kW chargers per location, expected to be completed this year - starting with motorway services deployments in Reading (east and west), Thurrock, Exeter, and Cornwall Services.

Funding to achieve the company's ambitions is being supported by a new investor in the Rise Fund, TPG's global impact investing platform. The investment in Gridserve sits alongside its existing shareholder Hitachi Capital UK.

"We are excited to partner with Gridserve in helping to make EV charging in the UK a fast and anxiety free experience. We view this as critical to enabling the rapid decarbonisation of road-based transportation, especially for long distance journeys," said Edward Beckley, partner at TPG and senior member of The Rise Fund's climate investing team.

Speaking from Toddington Services, one of the latest sites to have new chargers installed, Toddington Harper, CEO of Gridserve, said: "I was named after Toddington Services, built almost 60 years ago. In that time, vehicle technology has incrementally improved, however, [it] still remains noisy, polluting and is ultimately detrimental to a stable climate. Now, in just a few years, we will see one of the most rapid and far-reaching revolutions in the history of transport. I'm proud to stand here today, launching the Gridserve Electric Highway charging network that will help to deliver that exciting future - given my name, perhaps this is a job I was destined to do."

All chargers operated by Gridserve are supported by net zero solar energy delivered by its 'sun-to-wheel' infrastructure - a network of grid-scale hybrid solar farms that ensure that every kW taken from the grid by EV charging infrastructure is netted off against zero-carbon kW's of solar energy put back into the grid.

Transport minister, Rachel Maclean, said: "As we accelerate towards cleaner and greener transport, I'm delighted to see Gridserve leading the charge in the EV charging revolution. The UK government has already set out plans to invest £1.3bn in accelerating the roll out of charging infrastructure, targeting support for rapid charge points on motorways and major roads to erase any anxiety around long journeys. Couple this with forward-thinking projects like the Gridserve Electric Highway, and there has never been a better time to go electric."