Fleet bosses at Mitie and Centrica have called out the shortcomings in the public charging network, which need to change if widespread EV adoption is to flourish. 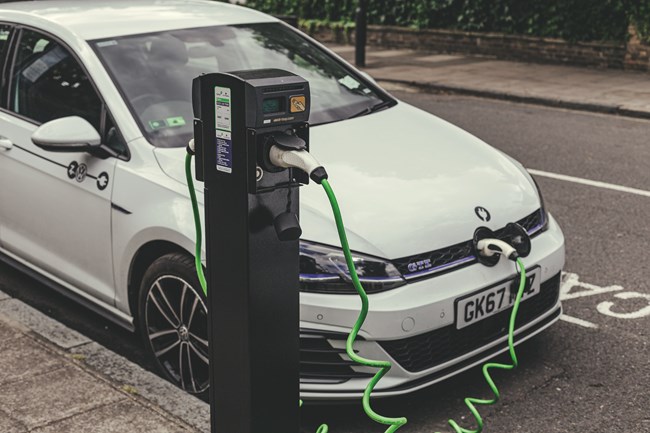 Two of the UK's largest electric vehicle fleets have called for reform of the public charging system, citing the multitude of suppliers, payment issues and availability as obstacles to EV uptake.

The fleet operators of Mitie and Centrica - both of which have four-figure electric car and van fleets, and plan to be fully electric by 2025 - each said drivers need 'a wallet full of cards' in order to access electricity, because of the vast number of operators and payment methods. They also called for a standardised form of payment, which could be used across the network, regardless of operator.

"At the moment there are huge numbers of different charge point operators and networks," said Mitie's director of sustainability and social value, Simon King.

"All new charge points have to have contactless payment but, from a fleet point of view, that doesn't solve the problem, because you don't get any data about what the card's being used for - which is so crucial for running a fleet effectively. You just have to hand out a large number of contactless cards to employees and say, 'use these to charge your vehicle'. We need aggregation."

"I need to have a card that does everything," said Steve Winter, head of fleet for UK field operations at Centrica, which includes the British Gas fleet. He added that the cost of energy varied wildly at public charge points, to the point where it could render electric vehicles uneconomical.

"We know, based on our total cost of ownership (TCO) modelling, what the break-even point is on a kilowatt of electric, so if somebody wants to charge me 40p a kilowatt, that's like filling up at the motorway services. Home energy is probably somewhere between 14 and 17p per kilowatt; our break-even point, generally, is around 25p per kilowatt. If you're paying more than that, a TCO model doesn't work."

King called for the UK to adopt a payment model similar to the roaming system used by mobile phone operators, whereby customers travelling abroad can automatically connect to an available network.

"I don't think there's any problem with charge point operators competing. but they should have to provide access to those networks through either one or a small number of solutions," he said.

"Other countries have that in place - roaming capability is a requirement. It's not dissimilar to the mobile phone market of many years ago, where you were locked to only one network and, if you went overseas, you had this huge cost. The market was changed so that, if you went abroad, you could either pay for a travel pack or you got it as part of your deal. I think that's perfectly feasible."

Winter added that a booking system to allow drivers to reserve spaces at public charge points would make the network more accessible to fleets. "We haven't got planned charging sessions and I think most fleets want that," he said.

"The telematics will tell us the range and the number of jobs a driver has left, so I want to charge that vehicle for half an hour at 2:30pm, when he's going to go past that fast charger. We can't do that at the moment."

According to King, the government's current focus on establishing fast chargers on major roads does little to assist those who do not have a home facility.

"Most of the investment and focus is on rapid charging and putting chargers on the strategic road network - motorways and A roads. But the priority is being able to charge the vehicle where it sleeps, so actually, what we need to do is make sure there are charging points on the street."

He conceded that around a quarter of local authorities had invested in street charge points but claimed that fell short of the numbers required based on EV sales figures.

"Last year, 100,000 or so pure-electric vehicles were sold. If you draw a straight line from 100,000 to 2.3 million - the number of cars sold in a normal year - over a ten-year period, you're talking about an extra 220,000 cars a year. If you assume a third of those are not going to have off-street charging, you get some pretty big numbers pretty quickly."