A shrinking private hire market has caused once strong used hybrid prices to tumble and legislative changes have compounded the issue. 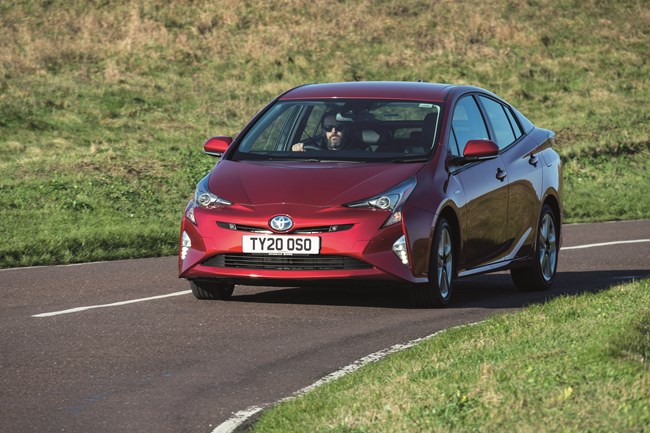 Used hybrid values have nose dived as their traditional market of private hire drivers has suffered during the pandemic.

Second-hand examples of conventional, non-plug-in hybrids, such as the Toyota Prius, have traditionally been popular with the sector and commanded strong prices due to their low running costs and suitability for urban areas, but Covid-19 has hit operators hard and caused a big drop in demand for vehicle replacements.

Valuation specialist Cap HPI said hybrid values fell by 10.1% in January 2021, while plug-in hybrid prices dropped by 6.7%. "A lot of this is driven by the private hire market, which was decimated last year," said Cap HPI's head of valuations, Derren Martin, "certain models like the Prius and Auris, a lot of their sales go to that sector and if you're a taxi driver or an Uber driver, you're not going to replace your car."

He added that the vehicles were comparatively expensive before the pandemic and, therefore, primed for a fall. "It's always the way - they went up by so much and they were in so much demand, and if something goes up steeply, it tends to drop quite steeply."

Fellow used car pricing specialist Cazana reported an even more aggressive week-on-week valuation drop of 16.9% for petrol hybrids during the week beginning 8 February 2021. Other powertrains and fuel types were also down during the same period, but not to that extent.

Its data also showed that average values of all used Toyota Priuses sold since January 2019 had fallen from more than £18,000 to less than £12,000 in January 2021, while average mileage and the number of such cars on the second-hand market had all increased markedly.

"In my opinion, it's entirely down to the fact that the market for them isn't there, because the private hire guys aren't using them - it's a simple as that," said Cazana's director of insight, Rupert Pontin.

Auction companies have also noted the issue: "Hybrids and plug-in hybrids - the used value of those has gone through the floor, because nobody is taking cabs," added Graham Howes, commercial director at CD Auction Group.

"Honestly, we've got leasing businesses selling them for like £3,000 below the book [the recommended sale price] just to get out of them.

"Priuses - we can't give them away. We are selling them, but only if the vendors are being really sensible about their value."

While the struggling private hire market is the main reason for the drop in used hybrid values, a series of legislative changes has rendered the vehicles increasingly expensive to operate in Central London, while future changes will soon spell the same fate for plug-in versions and, eventually, even vehicles with zero tailpipe emissions.

Toyota Priuses sold from 1 February 2018 - three years ago this month - ceased to be in receipt of a full discount on the capital's congestion charge when they moved from the old NEDC emissions testing system to NEDC-equivalent (ahead of the current WLTP regime). This bumped official CO2 emissions for models with 15-inch wheels above the 75g/km cut off and meant they could no longer enter the zone free-of-charge.

On 8 April 2019, the first of a new series of phased Cleaner Vehicle Discount (CVD) regulations by the Mayor and Transport for London (TFL) came into force, which ruled that cars had to have a minimum 20-mile zero-emission capable range in order to dodge the fee, ruling out non-plug-in hybrids.

From 25 October 2021, only vehicles with zero tailpipe emissions will be eligible for the CVD, which means plug-in hybrids will have to pay the Congestion Charge.

On 25 December 2025, the CVD will be completely discontinued, which, according to TfL means: "All vehicle owners, unless in receipt of another discount or exemption, will need to pay to enter the Congestion Charge zone during charging hours".

The London Congestion Charge currently costs £15 per vehicle per day and operates from 7am until 10pm every day except 25 December.