Grey fleet: Off the grid

There are more than enough reasons for company car drivers to plump for electric cars, less so when it comes to grey fleet - and it is still shackled with all the old problems. 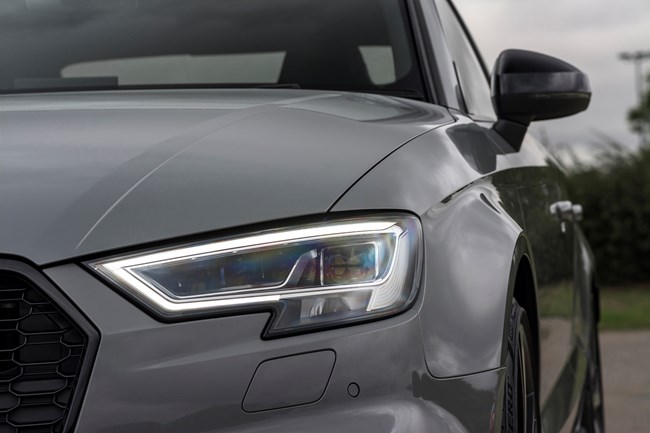 "It's cheaper in the short term because they don't have the burden of funding vehicles or an expense either on or off the balance sheet. Look at like that, and it's very quick, easy, and convenient."

That is Fleetcheck managing director Peter Golding's summary of grey fleet's longevity in a nutshell, and he is right. It is still going strong, even in an age of criminally low benefit-in-kind for EVs, because it is just the simplest option for employees who do not have a company car allowance and make occasional business trips. That does not necessarily mean it is the right move.

We have said this plenty of times in the past: grey fleet is fine if it is well-managed and employed in moderation. The reason we keep writing about it is because it is rarely either of those things. It has been said before, but old, poorly maintained vehicles, without business insurance, are hallmarks of unchecked drivers charged with using their own cars for work.

"I still remember having a fight with somebody who wanted to use a 20-year-old banger," says the AFP's deputy chair, Stewart Lightbody, "they were claiming something like a £600-a-month car allowance, and they had this literal wrecker that they wanted to turn up to business meetings in. How did they think that was going to be acceptable? Because 'it's my car, and I can do what I want'."

That, according to Lightbody, is one of the biggest problems. Drivers can distinguish an asset provided by the company because it is part of their contract - but their personal car is not. Even with a grey fleet policy in place, a cash allowance and/or 45p-per-mile reimbursement, it is still tricky to get the message across that, by accepting those things, the employee is signing up to the concept that something they have paid for from their own pocket has to conform to standards set by the business.

"I've seen [policies] as tight as four years and as generous as 10/12 years," he adds, in relation to the permitted age of a grey fleet car, "if your car is within policy, and it's bought and paid for, then you may as well carry on with the [cash allowance]. But the transition point is when that vehicle either runs out of policy or gets close to being out of policy - or it breaks down, gets stolen, written off, whatever it is - then you have to make a decision."

The lack of control on the fleet operator's part runs deep, and it is arguably most acutely felt with maintenance. "You don't hold the purse on the maintenance and management of that vehicle; you rely very much on the driver doing it," adds Golding, "I spoke to one grey fleet driver a few years ago, and he said, 'I don't have it serviced. It's an older car; I'm not wasting my money having that done, so I check it over myself."

These sorts of anecdotes dogged grey fleet long before those with a car allowance started clamouring for electric vehicles, and while the latter are often lauded for their environmental efforts (let's not forget how much money they save), those benefits are just not there for personal cars, so it is an awful lot harder to convince grey fleet drivers that they ought to buy themselves an EV.

It is an even harder sell when you look at how much EVs cost compared with equivalent ICE models. A 2021 report by vehicle data specialist Jato Dynamics, entitled 'EVs - A pricing challenge', claimed that plug-in cars were, on average, 52% more expensive than ICE models in the UK. Yes, you get all the running cost benefits, but the sticker price counts for a lot in the 'here's some money, go and buy it yourself' realm - and that is assuming you can actually get hold of one, new or used, which is not easy these days.

Then there is the question of whether employees can actually fund their own vehicle, even with an allowance. "Some people may not be creditworthy," explains Golding, "that's quite a controversial thing, because people don't particularly want their credit history to be brought up as prerequisite for employment, but if it turns out that they can't borrow the money because they've got CCJs [county court judgments] or whatever, and the policy is grey fleet, is the company going to underwrite it or supply the vehicle? In which case, are you truly looking at grey fleet if you underwrite the cost?"

In February, the AFP described reducing the carbon output of grey fleets as, "one of the major challenges of the next few years," adding that "the contrast in emissions between rapidly-electrifying company car schemes and employee's own vehicles was becoming increasingly marked."

Salary sacrifice is often touted as one of the best ways into plug-in vehicles to those without a car allowance, and it can certainly work in the right circumstances (see our January 2022 issue for more details). Employees get all the low-tax perks they would from an electric company car, and the overall package is such that it can allegedly prove an effective pay rise, as well as handy little retention method.

Centrica, which owns British Gas, launched a salary sacrifice scheme in October 2021. Speaking in December that year, then fleet boss Steve Winter told Business Car: "We've got the best part of 2,000 cash takers in our business, and I can put in all the rules I want - it can't be any more than four/five years old - but how do I check that? How do I know that vehicle is insured? How do I know it's taxed and serviced and so on?

"Salsac does help with that in some respects because, if your policy is good, you might attract your cash takers into it, therefore, you've got a bit more control over your grey fleet. You know it's a modern car, you know it's an EV, you know it's been serviced, you know it's insured."

Centrica, which reportedly has around 20,000 UK employees, is a good candidate for salary sacrifice, but it does not always suit smaller organisations, as Lightbody explains. "I remember doing a scheme 20 years ago. I was one of the early adopters, and it was enormously complicated.

"It had to be a fleet big enough for the savings to be cost effective for the administration. Since then, where I've been, it's never been adopted, simply because the organisation was too nervous about the longevity of said tax schemes or concerned about drawing attention by HMRC or others. I think it comes down to the culture of the organisation and how brave they want to be. I also think it's down to things as simple as staff attrition."

It is also possible to exploit common, post-pandemic working patterns to either dramatically reduce grey fleet or get rid of it completely. It will depend on the organisation, but Golding points out that the general drop in physical business meetings means employees who are not eligible for a company car probably do not need to be travelling that much anyway. And, when they do, you could just tell them to get there via other means.

"The whole dynamic has changed," says Golding, "there is a massive reduction in what one could now deem a necessary journey. And if that means that somebody perhaps would have used their own car, it could now be: 'I'll tell you what, use the train'.

"What we recommend for companies when they do have very occasional use - as in, they may use a vehicle once or twice a month and they are still grey fleet drivers - is that you are better off putting them into a pool car."

For employees with the choice between a cash allowance and a bona fide company car, Lightbody reckons the way to sell it is by illustrating just how a much a personal car costs to own in comparison with a fixed-cost BIK arrangement - even one at the higher end of the spectrum. "A company car, I think, has always been pretty good value for money. unless your car allowance is, like, a grand a month, and you're a 20% taxpayer - and that wouldn't happen - you then look at cash allowance and think, 'I've got all this money available', but actually, by the time you finance it, insure it and you put four tyres on it.

"I've had discussions with drivers, where they've said, 'my car is going in for a service, an MOT, it needs four new tyres, and that's going to cost £1,000 - can I move to a company car?'. They don't realise how much cars cost to own and maintain and insure until that cycle comes around every year. Or, they had a bump and, all of a sudden, the [insurance] premium goes up, and it becomes unaffordable. Then they become acutely aware of it. That, say, £500-a-month comfort blanket of a company car - which is the worse-case scenario - actually doesn't look like that bad a deal."