Plug-in hybrids: Then and now

Jack Carfrae asks if plug-in hybrid electric vehicles (PHEVs) are still relevant for fleets or, in the age of 300-mile electric vehicles, now an impractical legacy of the early days of electric cars. 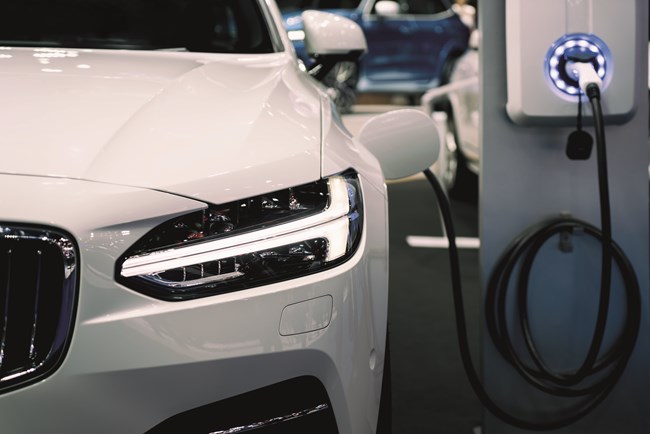 People often describe notable cars as ahead of their time, but if there was ever a model that was absolutely appropriate for its brief era, it was the Mitsubishi Outlander PHEV. It launched in the UK in 2014, when the first generation Nissan Leaf was justifying the term 'range anxiety' and residual value setters were predicting used electric cars would be worth diddly squat.

At the time, the PHEV cost no more than a like-for-like diesel Outlander after the government's then-£5,000 electric vehicle (EV) grant, and official pre-WLTP figures were 44g/km of CO2, 148mpg and 32.5 miles on pure electric. You would obviously never see any of those outside a lab, but fleets went mad for it. It was a four-wheel drive, full-size SUV with a big boot and, at the time, 5% benefit-in-kind - what more could you ask for?

Mitsubishi even played its cards right with used examples, drip-feeding them into the market via its dealer network where it could, simultaneously drumming up solid prices and proving the early RV naysayers wrong.

"The Outlander was very strong on used for a very long time because of what it was," says Auto Trader's head of valuations Jason King. He explains that its relatively unique position made it an appealing second-hand buy for people dipping their toe into plug-in ownership: "it was an SUV, you could get your kids in it, take them to school and get them back home again, and you could do that without it costing you a lot of money [to run]," he says (incidentally, now is quite a good time to sell early PHEVs if you have them; find out why on page 28).

The cracks in PHEVs started to show before the first tranche of Outlanders had been de-fleeted, and they were not Mitsubishi's fault. In October 2016 - well within a standard-issue three-year company car cycle - Ogilvie Fleet told Business Car that several customers enquired about returning Outlander PHEVs early because drivers were not charging the batteries, which resulted in fuel economy "five times lower than what was published".

Granted, access to and availability of charge points has improved since, but if the AFP's work to establish a national kerbside charging map is anything to go by, the situation is far from perfect. First and foremost, a problem with plug-in hybrids, far from exclusive to the Outlander, is that drivers do not charge them enough, if at all, making them more expensive to run (let alone buy) and less environmentally friendly than a petrol or diesel equivalent.

Fleet industry specialists frequently refer to ABC - Always Be Charging - and they will often tell you it is more applicable to PHEVs than to modern pure-electric cars, as there are examples of BEV drivers comfortably tooling around for a few days on a single charge. PHEVs are clearly capable of the same and more, but their benefits are only realised with liberal use of the batteries. They have also have sometimes been pitched as long-distance cars, ideal for motorway-mileage reps who want lower tax bills, decent performance and green street cred. They will deliver on three points, but throw fuel economy into the algorithm and they are, in fact, far more appropriate for low-to-medium-mileage drivers who might undertake the occasional long journey.

PHEVs make sense for those who fit the profile and are willing and able to charge diligently, but as a solitary example of their massive Achilles heel, one source who spoke to us in February said a colleague had run a BMW 330e as a company car for the past three years, and was about to have a home charge point installed before the grant ran out.

Over the years, many knowledgeable and well-respected members of the fleet and leasing industry have told Business Car that HMRC should require PHEV drivers to prove they are charging on a regular basis if they are to receive the associated grants and tax benefits.

One such individual, who spoke to us on condition of anonymity, suggests the following: "If I were HMRC, I'd be saying: 'you know what? Your BIK will be the same as a diesel vehicle unless, at the end of the year, you can upload the software from the vehicle that says you've done 8% of your driving on electric,' and then you get a discount based on that."

Save for a dash of brake energy regeneration under proper use, the lower maintenance argument frequently levelled in favour of plug-in cars does not stack up with PHEVs, because they still have all the regularly finite components of an ICE engine - which they are carrying around in addition to a heavy battery and motor combination (yet another drain on fuel economy).

If drivers failing to charge PHEVs were not the elephant in the room, then the range of modern battery-electric vehicles (BEVs) is. It is not hard to find a BEV on sale today with an official figure close to, or north of, 300 miles. Yes, you will not get that in the real world; it is affected by the cold and not every EV has that kind of capacity, but according to Arval's consultant Ben Edwards, the average range of a new battery-electric car at the moment is 203 miles.

"That's taking into account the likes of the [Mercedes] EQS, your Teslas - right up to the high range - but also some of the smaller things, like your Seat Mii and VW Up, Smart cars, which have much smaller ranges, and they're not necessarily the vehicles fleets are going to choose. That 203 miles is everything in comparison.

"If you're driving an EV and you're doing 200-odd miles, you are going to take a break. All you do is park somewhere slightly different, plug it in and go about your business as usual. It's exactly the same as driving an ICE."

He is also one of the many fleet EV specialists to acknowledge that, even in the supposedly more realistic WLTP era, the kinds of official fuel economy figures produced by PHEVs (235mpg for the Volkswagen Golf eHybrid, for instance) are not only highly unrealistic, but enough to throw a whole-life cost model out of whack. As our anonymous source explains, that actually makes them look cheaper to run than a BEV.

"For a diesel, you get the official mpg and multiply it by the cost of fuel and the miles that you are going to be driving it per annum. That gives you your whole-life cost or your pence-per-mile. If you did that with that Golf, you come up with 2p a mile. How can a PHEV be 2p a mile if a pure electric is 5p to 6p a mile? You've got a petrol vehicle that's actually outperforming an electric vehicle [on running costs]. It's just madness."

Edwards believes plug-in hybrids can be adopted by fleets to good effect, but only if the cost modelling and approaches to reimbursing drivers are adapted accordingly.

"We asked how we could put them onto fleet choice lists so that people can still have them, but we drive the right behaviour. AFR rates are the answer, because you're reimbursing the driver for the home energy costs by giving them the pence per mile. So if they're on 15p per mile for their trip, they're going to maximise the amount of electric they put into their hybrid."

He adds the benefits of such a policy extend to pure-electric cars: "Free electric is brilliant, so when you go to Tesco, Asda and places like that - you plug into the charge points there. During your average weekly shop, you can pick up 15 miles, especially in an electric car. That AFR reimburses the driver for that electricity, and those electric miles they're doing aren't going to cost them 15p.

"If they [drivers] are quite savvy and they maximise their charging, they can actually subsidise their own personal mileage this way - with the AFR rate. It's perfectly fine, there are no issues with that with HMRC, but it makes the driver use electric power."

Done properly, plug-in hybrids can be an asset to fleets. They suit those with a relatively low electric mileage profile and, while advancing BEVs have chipped away at range anxiety, PHEVs represent a safe start for those still fazed by the prospect of relying entirely on electric power. There are also plenty of stories about people getting comfortable with the whole plugging in concept, then happily moving on to a battery-electric car next time around.

PHEVs will always be a backward step if drivers fail to charge them, and lack of access to charging facilities, tax-break status and sheer negligence are the antidotes to their upsides. Fleets need to ensure that employees, choice lists, charge points and reimbursement policies are properly calibrated before they take them on, otherwise, plug-in hybrids will just be an expensive mistake.