Is road pricing the only answer on the road to zero, as the shift to no emissions opens up a VED black hole? 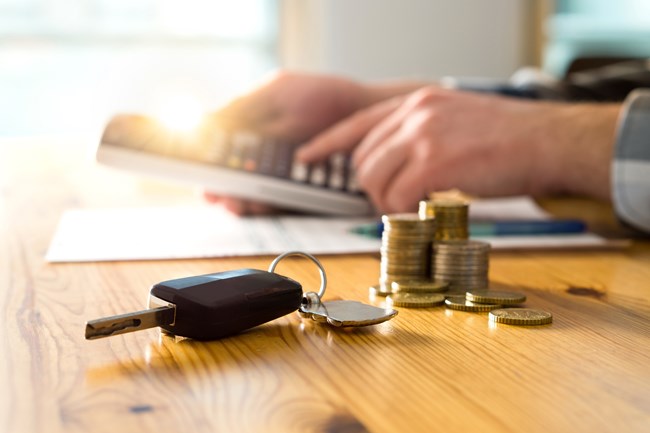 Motorists and road users appear to back a wholesale shake-up of Vehicle Excise Duty (VED) and fuel duties as the shift to net-zero looks set to leave a gaping hole in the Treasury's coffers.

According to a government report released in October 2021, the Treasury is set to lose between £35bn and £37bn by 2050, and to see its road tax revenues as much as halved from their current levels as soon as 2035.

As more and more drivers switch to low or zero-carbon emission cars, with fleets and business motorists leading the revolution thanks to systems such as incentivised Benefit-In-Kind taxation, the wholesale adoption of EVs and rejection of petrol or diesel vehicles has already seen a mass fall-off in road tax revenues, and it is only going to accelerate further.

And according to a recent study, road pricing seems to be the fairest and most logical approach to plugging the gap. The Miles Ahead Report, put together by the cross-party think-tank the Social Market Foundation, found that more people support than oppose road pricing as an alternative to fuel duty.

The poll, carried out by research analysts Opinium, found that 38% of 3,000 people interviewed were largely in favour of road pricing and only 26% wholly opposed, with supporters saying it would be fairer and more popular than the current fuel duty/VED system and would be less punitive on those who used their cars the least.

The SMF said the scheme could be "revenue-neutral", meaning it raises the same sums as fuel duty but distributes the cost in a fairer way, and says that charging is "inevitable and sensible". Its analysis also showed fuel duty to be "regressive", with lower-income drivers often paying higher charges as they don't have the immediate collateral to drive a new or high-tech car, though as EVs become older and more accessible, it acknowledges this could change.

Under the SMF proposal, a road-pricing regime with a flat rate per mile driven and an allowance per driver would cut annual costs for half of all motorists - but what the report didn't address was how it would impact higher mileage users, nor differentiate between business drivers whose private mileage may actually be quite low.

Lord George Young, former Transport Secretary and a member of the SMF, said: "Successive administrations have looked at the case for road pricing and found it perfectly reasonable and sensible - then done nothing because they believe the public will not accept the change.

"This report challenges that assumption. It shows that, as so often, the public are more sensible and mature than political debate gives them credit for. When voters think about the challenges ahead for transport and tax, they accept that road pricing is a prudent and necessary step to take.

"The public are open to innovation because they know that the world has changed and will continue to change, so policy must change too. The welcome shift towards electric vehicles raises a clear question about the future of fuel duty levied on petrol and diesel. The unpopularity of that duty has grown steadily too. As this report shows, a well-designed system of road-pricing would be fairer and more popular than the status quo."

Earlier this year, the cross-party Commons Transport Select Committee said it saw "no viable alternative" to road pricing and has urged the government to press ahead with sweeping changes to fuel duty and VED before it sees its revenues start to dwindle.

According to a report released by the committee in February, the UK will face an "under-resourced" and "congested" future if reform is not accelerated in line with the rapid adoption of electric and plug-in vehicles. With the sale of new petrol and diesel vehicles outlawed from 2030, as part of the governments 2050 net zero plans, the current tax system will lose the Treasury £28bn in fuel duty and £7-9bn in VED under current tax rules - equivalent to 2p per £1 in income tax per capita.

The committee also said that any road charges should wholly and entirely replace fuel duty and VED and be "revenue neutral", with most motorists paying the same or less than they
do now.

The MPs also urged the government to look sympathetically at the impact on vulnerable groups and those in rural areas, while incentivising people to use public transport, walk or cycle where possible.

Critically, the report said that drivers of electric vehicles should pay to maintain and use the roads just as petrol and diesel motorists do and that once most drivers had adopted zero-emission technology it would no longer need to be incentivised with tax breaks and cost savings.

Committee chairman Huw Merriman MP said it was "time for an honest conversation on motoring taxes" as the uptake of zero-emission vehicles was way ahead of original
government projections.

"It's important to emphasise that motorists won't pay more," he said. "The difference between now and then is that the revenue - for roads, schools and hospitals - is ticking down to zero, unless we put 5p on to income tax. This issue cannot be dodged. We have to
change policy."

Merriman said that the technology already existed to deliver a national scheme that priced up a journey based on the road, time and type of vehicle, offering better prices at less congested times and operated wholly by mobile apps.

Of course, there's a valid argument that per-mile road pricing operates in a similar way to fuel duty in that those who use the most will pay the most, but no clear pricing structure or understanding of how it will be applied makes it difficult for fleet managers, private motorists or anyone considering buying a new car in the mid-term future to make an educated choice.

The report concluded by calling on the Treasury and Department for Transport to draw up a draft scheme by the end of 2022.

As for what the future officially holds? The most recent consultation by the government on the future of VED left analysts (and road users) with more questions than answers. The timing of the consultation didn't help - between March 2020 and September 2020 amid national lockodowns. The government said it wanted to "move towards a more dynamic VED system and [establish] how VED can support a reduction in road transport emissions." At the end of the consultation period, the 'Draft legislation' and 'Expected legislative vehicle' cells were blank.

So, for now, it seems that there's only one answer and it's one that will hit fleet drivers or business managers the most - by paying for every mile.