The perks of salary sacrifice are well documented, but it is often aimed at employees who are unfamiliar with cars as a benefit. Jack Carfrae explores the practicalities of implementing the schemes. 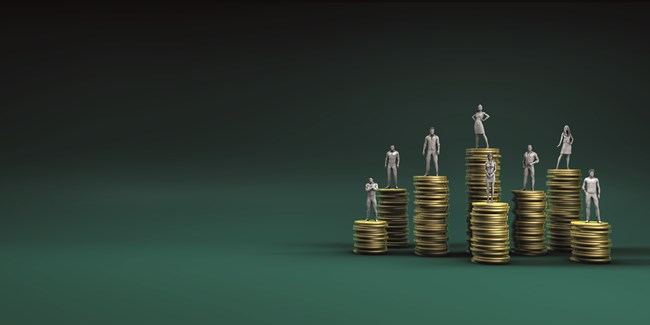 Anyone with a smattering of fleet knowledge will tell you that salary sacrifice is a good idea - at least for electric cars. It was the unloved funding method before the government's EV-friendly tax regime arrived in April 2020, as a series of changes in 2016 caused many to write it off.

It has since enjoyed a huge resurgence, courtesy of the current 1% benefit-in-kind for zero-emission cars. It is, therefore, very attractive for employees without a company car allowance, on the grounds that they can bag a new EV cheaper than they could via any other method with all the essentials (maintenance, insurance etcetera) bundled into a monthly payment. Employers like it because plug-in cars are good PR and, as a benefit, it can work out better than a pay rise.

It requires no further promotion (unless you want to use it for internal combustion models, where the perks diminish) but for all its perks, the biggest issue with salary sacrifice, by its very nature, is that it is aimed at employees who do not have a car allowance, and the vast majority will be unfamiliar with exactly what it means to have a vehicle provided by their employer. Realistically, that means there is work involved in successfully adopting it.

"You've got an employee base that hasn't seen it before," explains Liam James, corporate business development manager at Hitachi Capital, "to us in the industry, it's quite straightforward, but for an employee who's never been entitled to a vehicle, they need to be educated."

Fleet managers will testify to this. Steve Winter, head of fleet at Centrica (British Gas's parent company), launched a salary sacrifice scheme in November 2021. He already had "well over 100 orders" when we spoke to him a month later, but he is candid about the issues with those new to company vehicles.

"It's actually quite involved," he tells Business Car, "we've got a portal that shows all the available employee benefits, be it health care, travel insurance etcetera - and salary sacrifice is on there. There is quite a big document explaining how it works, what you'll see in your wage packet, and some of the rules around it."

Centrica, which has a 2025 EV-only fleet target (Winter thinks he may crack it in 2024 for cars, at least) conducts personal consultations with its company car drivers when they order a plug-in vehicle to quiz them about its suitability, but salary sacrifice opens up company-supplied EVs to many more employees, rendering one-on-ones trickier.

In their place is an online questionnaire: "We've tried that [consultation approach] with the portal," adds Winter, "we're asking things like, do you need to tow a horse box or a boat? How many children have you got? Have you got off-street parking? Can you have a charge point? If you haven't got a charge point, do you know where your nearest charger is? Those sorts of questions, where we've already gained a lot of insight through implementing electric vans and cars."

"I've got an electric car," he says. "Whenever I talk to anybody, they always ask, 'when does it run out? How far can you go?' There's still a lot of resistance. what we don't want is somebody ordering one and then saying, 'this just doesn't work for me'."

As important as readiness is for an EV is, they are not short on publicity, and employees may well be better informed about plug-in cars than what it actually means to have a company vehicle. It is something Winter came up against when implementing Centrica's salsac scheme.

"One of the things we made clear to everybody is that when you take a car, you can't change your mind - you've got it for the length of the lease," he adds.

Wages are another consideration, and the clue is in the name with salary sacrifice: people have to give up part of their monthly take-home if they want to exploit the scheme.

"If you are an organisation with a large number of low-paid workers, then it wouldn't be appropriate," says Cox. "Employees who simply don't have enough salary to sacrifice without dropping below national minimum wage. besides the fact that they wouldn't be able to afford it, because cars are still reasonably big-ticket items.

"One of the [other] considerations would be companies with high attrition rates, because you don't want people taking cars and then leaving halfway through [the lease]".

Arval's customers generally bill salary sacrifice as a universal scheme for employees, but certain grades, such as part-time workers, can be rendered ineligible if low pay is likely to be an issue. Conversely, opening it to the majority also allows higher earners - even those with a car allowance - to opt in, and get hold of a cheap EV for family members.

"Typically, schemes would limit employees to one, but we do have others where employers can take two or three," adds Cox, "I've got a number of colleagues who are job-need people - they've got a company car - but they've taken salary sacrifice for their wives and another one for their grown-up children. Certainly, there is no legislation to prevent it, it will just be a matter of policy."

One of the make-or-break aspects is how well the schemes are communicated to employees. Again, it pays to remember that you may be appealing to those unused to the idea of a car as a benefit - let alone the specific benefits to salary sacrifice - so publicity and explanation are in order.

"Some people might think 'I can get a Porsche Boxster'," says James, "you can't. That doesn't work, and you've got to explain why that is. We've done a lot of employee engagement through competitions, leaflets, emails and seminars around this.

"For one particular client, we held a few lunch break drop-in sessions for employees to talk about the scheme and how it works, what offers are available and how it benefits them."

Arval has a similar approach, including a mixture of communications ahead of the scheme's introduction - posters, emails, intranet publicity - followed by the likes of presentations and workshops.

"Q&As are really useful," says Cox, who insists any communication should be branded as the fleet's own, even if it's conducted by a leasing company, "regardless of initial enthusiasm, you'll quite often see questions - which will sometimes be done by chat - coming in, and other employees answering those questions, which, actually, is even better than us answering them".

"If a customer hasn't allowed us to promote a scheme for whatever reason, the take up is low, but when you do a lot of marketing and employee engagement, you get great take up," adds James.

"With one account, we saw about 45 orders in the first quarter, which is more than we would have forecast for that employer for the whole year, and it was because they were
well engaged."

Is salary sacrifice on borrowed time?

The correlation between salary sacrifice and electric vehicles - and its recent flurry of success - is tied intrinsically to company car tax. We know zero-emission cars will not exceed an extremely favourable 2% until 2025, beyond which the government's plans (if there are any) are unknown. Westminster clearly needs to keep some EV incentives in place ahead of the 2030 ICE ban, but it will also need to make money from electric cars at some stage, especially as they make up more of the vehicle parc and, presumably, fuel duty revenues dwindle.

There is more than enough reason for fleets to jump on salary sacrifice now, but it is so much at the mercy of tax that you have to wonder if we will still be lauding it in three years - the length of a standard lease.

"Currently working well but may have a short shelf life," was how an anonymous but experienced industry source described it to us. Business Car understands that the government is due to review ULEV allowances in 2023, the potential outcomes of which are: "the system is untouched, ULEVs are downgraded to just zero-emission vehicles, or the allowance is scrapped and salsac is no longer available for cars, regardless of emissions," according to our source.

"The industry is well aware of this and there is a window of opportunity with salsac, but it is unlikely to be a long-term product, as it is now only for ULEVs and, going forwards, it may be further restricted or removed completely."