Error parsing XSLT file: \xslt\FacebookOpenGraph.xslt SMR: Leave it to me
Cookies on Businesscar

SMR: Leave it to me

Savvy fleet tech specialists are taking the admin out of SMR. Jack Carfrae asks how close we are to a fully automated service, where fleet managers are virtually uninvolved. 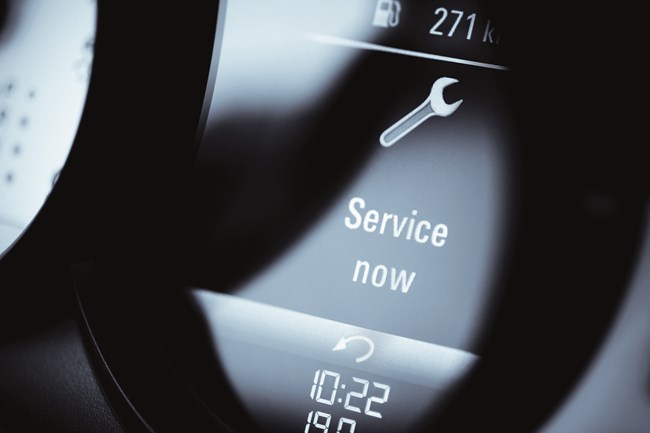 The cumbersome string of phone calls between driver, fleet manager, leasing company and dealer to flag up, approve and book in an ad-hoc repair job, or even regular maintenance work, could become a thing of the past.

In its place would be a completely automatic digital booking system, whereby driver and vehicle communicate directly with the workshop for booking and diagnostic purposes. An app and/or a web portal would handle the logistics, and the garage could dip into the car's data to find out exactly what it needs. Technicians would order the parts and have a good idea of the job's nature and how long it would take well before the car rolls onto a ramp.

Sounds idyllic, but if you have just put down the phone after fielding calls to the tune of what to book in, where and when, you may be acutely aware that we are not quite there yet.

It is, however, "absolutely where we are heading", according to Debbie Fox, commercial director at Epyx, which has made some strides towards the concept. The company launched its Driver Booking Module (DBM) within its 1link Service Network platform around a year ago - a web portal that allows company car and van drivers to reserve slots directly with garages sanctioned by their leasing company. They can suggest up to three slots that suit them, one of which will then be confirmed by the garage, and neither the fleet nor the leasing company need get involved.

A number of leasing companies have adopted the DBM, among them Ogilvie Fleet, which has been "using it in anger" according to Fox. The company manages SMR for around 20,000 vehicles and described the module as "a real advantage". Operations manager Gavin Clisby claims it has gone down well with drivers, who are now keener to use online booking services than they were before Covid-19 kicked in.

"This is a trend that has probably been accelerated by the pandemic. We are now living in a much more online and connected world, and drivers very much value the option to make their SMR booking digitally."

"It also enables us to make better use of our office resources. Taking manual bookings is very time consuming and labour intensive. The Driver Booking Module means we can use those people better elsewhere.

"We can see that telephone traffic has reduced and are also being told by our client fleet managers that self-serve booking of this type is enabling them to work more efficiently."

Epyx has been developing the module in earnest and, when Fox spoke to Business Car in mid-January, she was planning to launch three proof of concept projects with leasing companies using the DBM, two of which were expected to kick off in February and the third in March.

"The pilots will take in the vehicle data and link it in through the DBM on a small number of vehicles, which will be quite tightly managed between the various parties - us, the leasing companies and the provider of the data," she explains, "we'll be monitoring those alerts as they come through, to make sure the DBM gets the booking out to the driver and to make sure the driver has done something with it. If not, the leasing company will have the ability to chase it up themselves.

"We plan to run each of them for three months, and ask: did it result in reduced downtime? Did it do what it was meant to do and were vehicles booked in when they should have been? Did that result in it being off the road for a shorter period of time? Did the dealer answer and acknowledge the DBM booking as quickly as they should have?"

Based on feedback from leasing companies, Epyx is also examining how to present the data it has picked up from the DBM at a broader level - kind of along the lines of a fleet management system or telematics reporting service with
a dashboard and a traffic light format.

"I don't think they [fleets and leasing companies] really want to consume bucketloads of data and have to work all the way through it," adds Fox, "so we're asking how do we turn it into something like a dashboard - red, amber, green, whatever it might be - so you can see that don't have to worry about the part of your fleet that doing everything it needs to.

"Green would mean it's serviced, there are no warning lights on the car - great. Amber would be: here's some other stuff that we're getting some alerts about; you don't necessarily have to do something right now, but you might want to start thinking about it because, if it doesn't get done, it will turn into a bigger job and take the vehicle off the road for longer. Then there would be the red light stuff: 'we've sent the driver the notification and they've ignored it'."

Epyx is certainly not alone. A source told Business Car that a large UK fleet management company is expected to launch an automated, data-based SMR booking service in March, and other organisations are understood to be working on equivalent propositions.

The next step on from such services is the ability for technicians to remotely diagnose faults or scheduled maintenance work and prep for it ahead of the car arriving at the garage. Neither the technology nor the data is the stumbling block in this instance, rather access to the latter. We have said this before but, unless manufacturers decide to serve up their connected car data in a single, easily accessible format (spoiler: none of them do), aftermarket telematics is essential to extrapolate the data from multi-brand fleets and present in a
usable format.

Then there are the dealers, who are just as ensconced in this process as fleets and drivers, and there's equal onus on them to ensure that any such system is successful. IMI chief executive Steve Nash, himself a former dealer and previously BMW's aftersales boss, believes this could be one of the sticking points for a widespread, fully automated SMR service.

"I certainly know that was always the absolute plan with BMW - that you would know what the car needed, you could proactively contact the customer and say your car told us that it needs this. If the customer wants to, through the app, they can choose what time they want it to be serviced, but the dealer knows what they've got to have ready in order for the work to be completed on that day.

"BMWs connected service does that now, but it's not universally used. I've got a car that has that capability, and I've found that not every dealer automatically uses it. In many cases, they still respond by phoning up and saying 'the car needs x', but I know some of them are using that to a greater extent than others.

"I left BMW nine years ago and that capability was already there then. It surprises me that it hasn't advanced as much as it could have done in that nine years, and I think that's largely down to inertia within the dealer networks. They've got a way of working that works for all cars - both newer and older - and they tend to default to that rather than having different processes for the newer cars."

Epyx is hoping to tackle that, at least in part, as it is planning to link up its DBM with dealer management systems - the organisational software that powers all things showroom and workshop related. The idea is that its own booking system could sync up directly with a dealer's digital diary, theoretically removing the need for the three-date booking proposals and allowing company car drivers to select an available slot in real time.

"The next thing we will be doing is diary integration," says Fox, "it won't be across every DMS and it won't be every single dealer in the UK, but we hope to be able to cover a decent chunk of that so, rather than picking a date and then getting the response back, which is how it operates today, there will be more real time [bookings directly] into a dealer's diary. That's the next big thing in progress."

Nash also reckons large fleets and leasing companies can drive these sorts of changes in behaviour among dealers because "there's nobody more powerful than the really
big buyers.

"The more you get into the convenience side of it, you think, actually, the car's going to tell you what it needs, you can book it in digitally and the whole process should be automated around exactly what the driver needs, which is: 'I bring my car to you, the dealer, for an hour and a half, then I get it back immediately afterwards'. All of that is absolutely possible at the moment.

"Why wouldn't you want to know exactly what you're going to be dealing with when the car comes in, to minimise the downtime and minimise any additional costs, such as alternative transport? It makes absolute sense."