Just for lorries? Not if your drivers are towing heavy loads - and non-compliance could have severe consequences. Sean Keywood reports. 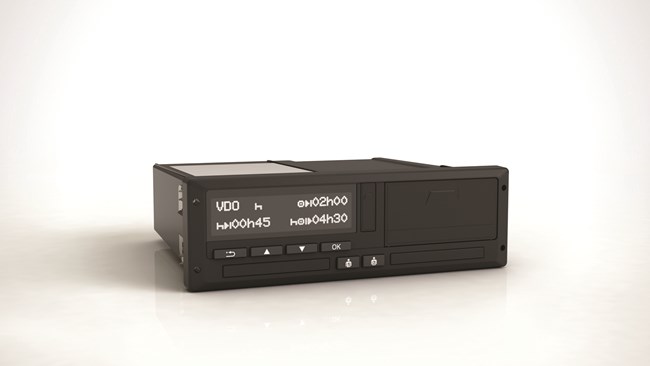 It may well surprise some readers to see an article about tachographs from a car fleet publication such as this one. After all, they are most commonly associated with heavy goods vehicles and buses, with the laws on their use relating to commercial vehicles weighing over 3.5 tonnes and for passenger vehicles with at least nine seats.

Indeed, for most fleet managers reading this magazine, this would be a perfectly safe assumption to make, as this is not an issue that will affect the cars or even LCVs that they run. However, if these smaller vehicles ever undertake any towing, then the situation may be very different, because if the total weight of the car and trailer exceeds 3.5 tonnes when driving for work, then a tachograph is in fact required. This is because drivers and operators of vehicles in this condition need to comply with driving hours regulations.

DVSA enforcement policy specialist Mark Horton says: "The rules on drivers' hours and tachographs exist to govern the driving hours and rest periods of drivers who use vehicles commercially, which can include cars towing trailers with a combination weight exceeding 3.5 tonnes. Drivers and operators who don't stick to the rules can face enforcement action such as fixed penalties, or in the more serious cases, a court prosecution."

With this in mind, it is worth highlighting a significant recent change to tachograph legislation. From 15 June last year, the EU stipulated that all tachograph-equipped vehicles registered past that date must be equipped with 'smart' tachographs, including vehicles such as cars that have them retrofitted, as well as HGVs that have them as standard fit. This rule will remain in place following Brexit.

Because of the admittedly niche nature of this subject for car fleets, we turned to the Freight Transport Association (FTA) for advice on how the smart tachographs should be operated, due to its experience with LCVs, which are subject to the same rules as cars.

The organisation's head of road freight regulation policy James Firth explained that the main new feature of smart tachographs is that they have a GPS capability that takes a location stamp every three hours.

Smart tachographs are also capable of transmitting information on serious infringements - such as an attempt at tampering with the unit - to enforcement officers at the side of the road as the vehicle passes, making it easier to carry out checks without the vehicle having to be stopped. However, this feature is not currently being used in the UK.

Firth explains: "The DVSA at the moment isn't equipping officers with the facility to receive that.

"EU law says that by 2034 officers must have the equipment to receive this, but in the UK that facility is not [yet] being used at an enforcement level.

"However, that module is a proper functioning piece of the tachograph, and when it is recalibrated every two years it must be functioning, so it can't just be ignored."

Tachograph manufacturer VDO tells us that it does not make a separate tachograph system for light vehicles, and a fleet wanting to install one in a car would be offered the same product as for HGVs  - the firm's DTCO 4.0 tachograph, which is fully compliant with the EU directive.

A tachograph system consists of the main recorder unit, a driver card and a company card, the latter for use by the fleet manager. Each driver needs to be set up with their own driver card.

Data is recorded separately in the unit itself and on the driver's card, and information from both the card and the tachograph unit itself must be downloaded and analysed - the latter via the company card - within 28 days for the former and 90 days for the latter, although Firth advises doing this more regularly than the law requires.

"We would advise it should be much [more frequent] than that since as an operator you have a responsibility to be analysing that data looking for infringements, and if they have happened you should be having a debrief with the driver, which is more difficult longer [after the event]," he says.

As well as downloading unit data, the company card is also used to lock ownership of the tachograph to the organisation.

The installation of a tachograph has to be carried out by a DVSA-approved tachograph workshop, which will also be needed during the vehicle's life to carry out calibration work.

The DVSA recommends that when a tachograph-equipped vehicle is being used in a way that does not require driving hours rules compliance - such as when the towing is completed and the vehicle is just being driven normally - an 'out of scope' setting on the tachograph unit should be selected, although this is not a legal requirement.

Not all vehicles are capable of being fitted with a smart tachograph, and Firth warns that some pick-up trucks, for instance, are not compatible, so this should be checked at the procurement stage.

Furthermore, Firth warns that an EU amendment is in the works to bring the weight limit down to 2.5 tonnes when crossing international borders from July 2026, and that this is set to apply to all vehicles rather than just newly registered ones, meaning some operators may need to bear this in mind for procurement within the next couple of years.

While tachographs might seem like an unwanted complication for car fleets, an added bonus of fitting them - aside from the necessary legal compliance - is the chance to have additional oversight of drivers' operation.

A VDO spokesperson says: "Tachographs that are installed and working correctly, and being correctly monitored by fleets, add a huge safety aspect to the fleet's operation, with drivers taking the correct rest breaks and not driving tired.

"The 'S' file storage capability on all VDO digital tachographs has detailed data that can be used for accident investigation and forensic analysis."

The spokesperson added that fleets should be aware of drivers having the capability with smart tachographs of choosing to allow or stop data being transmitted to a third party telematics provider, by saying no to publishing the data on the tachograph menu - a new feature from June last year.

Firth acknowledges that tachographs can be a tricky subject for fleets that aren't used to dealing with them, but also offers reassurance about the support that is available.

"If an operator has an HGV fleet, then tachographs are bread and butter to them, so having them on light vehicles is part of that process," he says.

"If they don't have any heavy vehicles it can feel like quite an undertaking, but if they are operating a combo over 3.5 tonnes they are probably in the scope of operator licensing as well, and have the legal responsibility to know what is going on.

"So get advice from trade associations - the FTA is able to help operators who need this.

"There is no fundamental difference in the way they work between heavy and light vehicles, and the processes and practices are the same and well-developed across the heavy vehicle industry - there is lots of support out there."