The new Vauxhall Mokka faces up to some of its best rivals in a costs comparison. 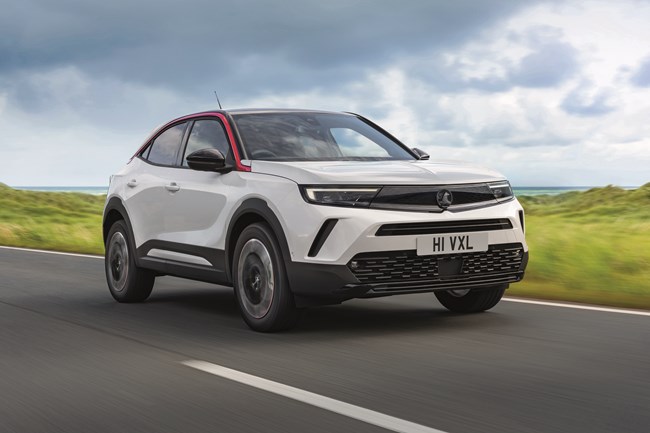 The original Vauxhall Mokka was a legacy vehicle of the old General Motors-owned company and produced by its Korean division, but for the second generation car, Vauxhall was able to do things very differently.

The new version of the compact SUV is on the same platform as the latest Peugeot 2008, but yet looks very different. In fact, the Mokka is the start of a new design language from Vauxhall, with the new 'Vizor' front panel on the exterior, chunky wheel-arches and sharp lines.

In comparison with the first-generation Mokka, the new one has a bigger 350-litre boot and a stiffer body for improved handling. The wheels on SRi models grow to 18-inches, and they also gain both a black roof and dark-tint rear glass.

Engine options consist of a 1.2-litre turbo petrol, producing either 100hp or 130hp, and a 110hp 1.5-litre turbodiesel. For the first time, the Mokka is also available in an electric Mokka-E guise.

When you get down to the numbers, the new Mokka proves it isn't just a pretty face, but a compelling choice for company car drivers. Its cost per mile is low compared with most of its direct rivals, including the Renault Captur and Volkswagen T-Cross.

Its cost per mile at 41.6p is low compared with the Renault Captur and the Volkswagen T-Cross, with only the Ford Puma topping it in this area, also beating it on fuel consumption with 50.4mpg compared to the Mokka's 47.1mpg.

Sitting in the 30% tax band, the Mokka is not the cheapest of its rivals but not the worst either, and the same can be said about its residual values. While it may not be top of the class, it's surely a promising student, and we can comfortably say the Mokka is now a compact crossover worth looking at. 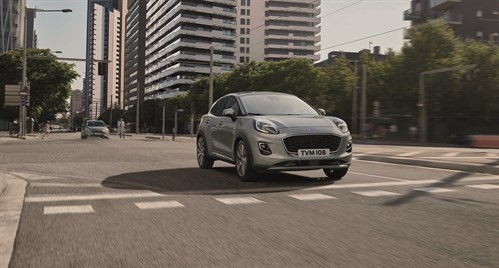 The Ford Puma started life as a small coupe back in the '90s, but has now morphed into a compact SUV.

The reason? As far as small SUVs go, Ford has been on the back foot, searching for its smash hit. Could the Puma rule as a compelling choice for company car drivers?

The Puma's P11D is the lowest when compared with its key rivals and emitting 128g/km of CO2, it also sits in a lower tax band.

Although you'll pay more in servicing the Puma over its other rivals, it loses just £14,469 of its value over 60,000 miles. This is almost £2,000 less than the Mokka and less than both the Volkswagen T-Cross and the Renault Captur.

With its nippy acceleration and agile handling, the Ford Puma is the most exciting choice of the bunch, but it's also a car you can choose with your sensible hat on too.

The original Renault Captur adopted more of an SUV appearance in the middle of its life cycle, but the model underwent a complete overhaul in 2020, committing further to the SUV trend in its appearance.

The restyled body looks bolder and cleaner, making it a bit more eye-catching than some rivals, but it has its work cut out in this company.

The Captur's P11D is one of the lowest in our comparison and while all the other key stats aren't headline-grabbing, they are competitive.

With fuel consumption of 47.1mpg for this 1.3 TCe engine, the Captur matches the Mokka and is only beaten by the Puma. Its low CO2 at 135g/km places it in the 31% tax band among some of its rivals.

If you're after a versatile, all-round performer, the Renault Captur should definitely be high up on your list. 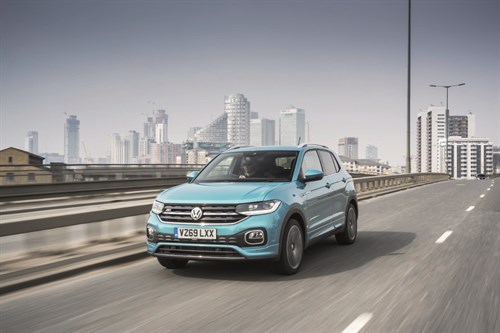 The Volkswagen T-Cross is a previous category winner in the Business Car Awards, offering a versatile cabin and an engine line-up that manages to combine decent performance with good fuel economy.

Due to its high price point and 31% tax band, you can also expect to pay more in BIK on the T-Cross than most of its rivals.

With the T-Cross' smart looking interior, stylish looks and engaging drive, you definitely get quality. It's just deciding whether it's worth the premium over its more reasonably priced competitors.