Honda has launched a completely new HR-V with a fresh look and hybrid powertrain. Is this enough to turn the heads of fleet buyers when comparing this Honda with rivals? 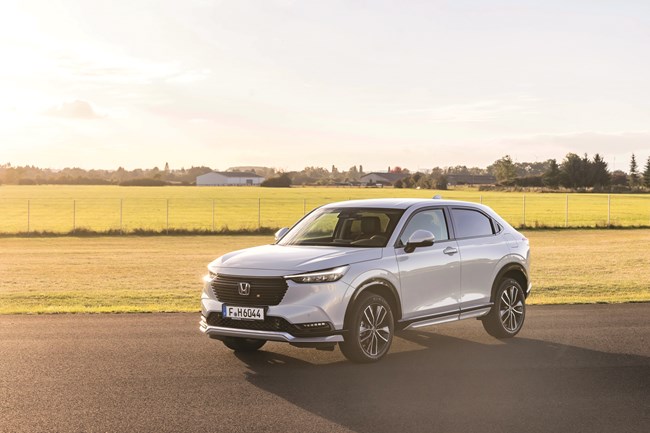 Given that the CR-V is one of the world's best-selling SUVs, it's difficult to understand why its baby brother, the HR-V, doesn't have such a following. Well after six-years on sale, the first-generation HR-V has made way for this second-generation one. Changes include more interior space, a completely revamped look and frugal new hybrid power train. The styling and hybrid power has moved Honda to tout the HR-V as a Toyota CH-R rival, but it's still close to other small SUV rivals, such as the Ford Puma and Toyota Yaris Cross.

The 107hp 1.5 Advance we're talking about here is expected to be the key fleet model, with its high level of standard equipment considering the price. However, it is also available in Advance and range-topping Advance Style trims. As previously mentioned, all HR-V models are well equipped when compared with the opposition here. The small SUV sector continues to be a key growth area for fleet, with the Ford Puma in particular, the winner of our 2020 Business Car of the year and our current Compact SUV champion. Where the HR-V is unusual when compared with all the other SUVs except the Renault and Toyota, is that it's a hybrid. So, if fuel efficiency is a priority, it might be worth considering the HR-V, Captur and CH-R above the others here.

Apart from the fuel economy, other key attractions of the HR-V are that it's impressively practical, well-built and in general, rides well. In Advance trim, a 28% BiK and a 122g/km CO2 figure is sure to appeal.

Because of the hybrid drivetrain, this Honda has impressive consumption (52.3mpg) as you'd expect, but the rest here are also hybrids - although the Ford features mild-hybrid technology. It is the Toyota that comes top with 57.7mpg, with the Ford finishing last with 48.7mpg. The Honda is the newest model here, but it doesn't depreciate the least, with the winner also being the Toyota at £12,075. However, the Honda has the lowest predicted SMR costs. 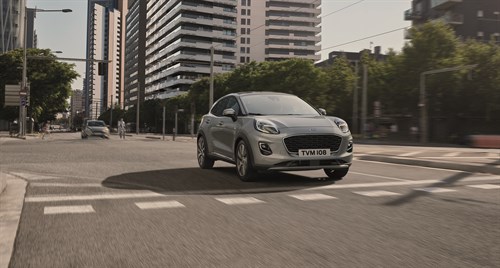 Our current, best compact SUV, the fact that the Ford Puma has retained the honours in a sector with many new launches over the past two-years, tells you how much we like this car. Puma highlights are the practical interior, it is excellent to drive, and has the latest driver assistance and safety systems.

The fact that this Puma is in near range-topping ST-Line Vignale trim, plus a mild hybrid, rather than a full hybrid, is sure to have affected its standing here. Not that its 30% BiK figure is far behind, as it's just 2% higher the Honda and 4% higher the leading Renault and Toyota. Where the Ford falls down and contributes to its disappointing result, is because it has the highest NI payments of the four cars we're reviewing. Plus, although still relatively new to the market, the Puma has the highest depreciation figure of the cars, which is second highest behind the newer Honda.

The latest Captur has been on sale for just two years. Outside you'll spot it by the curvier, but even more attractive styling. Apart from the distinctive looks, the current Captur has attracted the attention of fleet buyers with its impressive list of standard safety kit. Like its sister car, the Clio supermini, it too has a spacious, comfortable, and high-quality interior. Another positive of being based on the same platform as the Clio means that the Captur is available in hybrid (as we have here) and plug-in hybrid versions. That  results in a 1.6-litre petrol engine with a 1.2kW battery, hidden just above the rear axle. The result being 114g/km CO2 figure and a 26% BiK implication - and it's still as good to drive.

Cheapest to buy of our group, the Captur shares the joint lowest BIK figure, along with the Toyota. This Renault also boasts the second-best MPG stats and lowest NI monthly payment of all the cars, equalling first place in the cost per mile figures, just behind the winning Toyota. 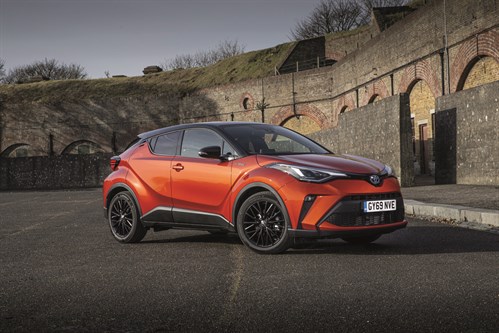 Bigger than the Puma and Captur, and more closely related in size to the Honda, which has grown for the second-generation car. Hence the reason why we've included it here. The Toyota stands out with its distinctive, but attractive styling.

Inside, like the outside, the design is attractive and the plastics are good quality - even if they don't look that special.

The Toyota also has the lowest depreciation behind the Renault, joint lowest BIK figure at 26%, although it is almost the most expensive, with only the Ford costing more.

No wonder then, with its low running costs, despite the price, the CH-R is a popular fleet choice as a company car.