The new crossover-inspired Citroën C4 hatch has plenty of presence, but can it deliver equally appealing running costs? 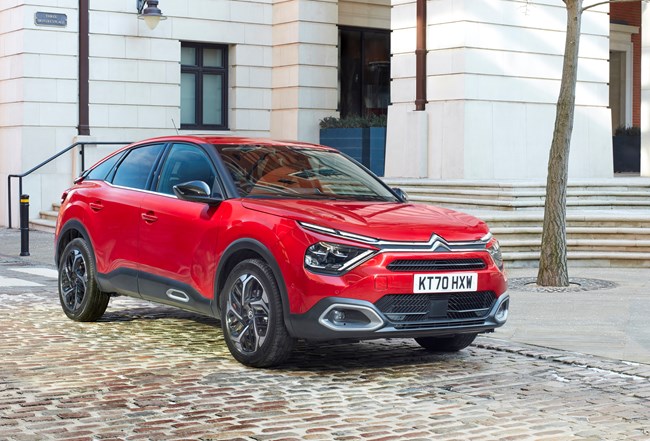 A lot of the publicity around the new Citroën C4 has focused on the all-electric E-C4 variant. However, while electrification is of course becoming more and more important, fleets aren't totally done with petrol just yet - and it's still projected to be the most popular fuel type with the new C4. So, we thought it was a good idea to see how the model stacks up on a cost basis against some key rivals, when equipped with the 130hp petrol engine that was the first to debut. We're looking at it paired with a six-speed manual gearbox - an eight-speed auto is also available.

Although we're considering the C4 as a lower-medium hatch, in reality categorising it is perhaps not quite so straightforward. Having previously offered a choice between the more conventional C4 hatch and the C4 Cactus crossover, with the new C4 Citroën has combined elements of both. This means a chunkier profile than is normal for the segment, with some styling cues borrowed from Citroën's Aircross SUV models.

Four equipment grades are offered, and here we're considering figures from the mid-range Sense Plus spec - one up from entry-level Sense. Extra equipment fitted with Sense Plus includes a head-up display, satnav and a rear parking camera.

Having picked it out as the main focus for this comparison, it's perhaps fitting that the C4's biggest asset against its rivals here is the petrol engine. It offers the best official fuel economy figure at 54.7mpg and also emits the least CO2, although its 122g/km figure isn't a big enough advantage over the Mazda to put it in a lower BIK tax band. Its relatively small capacity also means that it sits along with the Renault in the 10p AFR band, whereas the Mazda and Skoda fall into the 12p category. 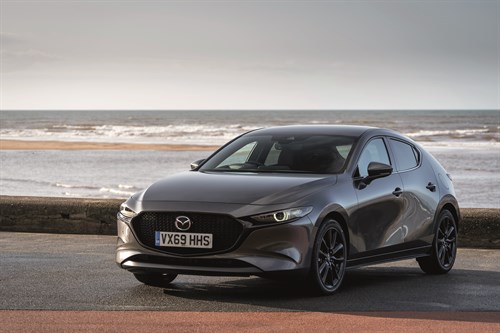 If you're looking for a stylish lower-medium hatch, then the Mazda3 should undoubtedly be near the top of your list. But of course, style isn't something we're concerned with in this article, where it's all about cold hard data. Fortunately, for the three, it recently received a boost in this area with the introduction of revised mild hybrid engines. Both the e-Skyactiv-G we're looking at here and the more powerful e-Skyactiv-X have been tweaked, with the e-Skyactiv-G seeing a reduction in CO2 emissions by around 7-8g/km.

The advantage of this can be seen from the official figure, which, although slightly higher than the Citroën, places the Mazda into the same 28% BIK band. This means that it (just) achieves the cheapest driver tax and National Insurance payments, although it should also be noted that it is the least powerful car here.

The Mazda's main advantage in a cost comparison is strong residual values - perhaps a sign that its stylishness does pay off financially after all. This means relatively low depreciation, which in turn means it achieves the best overall cost-per-mile figure of the four cars we're looking at. 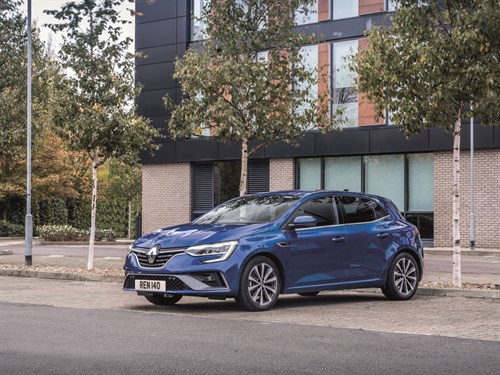 The current-generation Megane was first introduced in 2016, but received a facelift in 2020. The update has been widely considered a success, with attractive styling changes and upgraded infotainment. A plug-in hybrid estate model was also added to the range, although here we're focusing on the 1.3-litre petrol hatchback version, in line with the other cars featured. Because the Megane range is condensed into only two equipment grades, our figures are from the entry-level Iconic model.

Unfortunately, the Megane doesn't perform well in this comparison, despite it being the cheapest car to buy. It has the worst fuel economy and also the worst CO2 emissions, falling at least two BIK bands higher than all the other cars here - though it does have the second-most powerful engine. The upshot of this is higher tax payments for drivers, a higher first-year VED rate, and a higher employer National Insurance contribution. In addition, the Megane has the weakest projected residual values, which, combined with its relatively poor fuel economy, means it incurs the highest cost-per-mile figure overall - despite having by far the cheapest expected SMR costs, which allow it to claw back some ground. 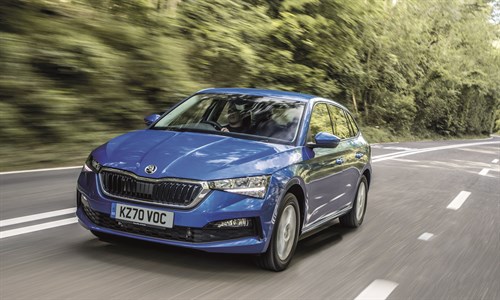 Skoda has come a long way from the days when it was purely a budget brand, but it still does a good job of appealing to cash-conscious buyers. The Scala hatch was introduced in 2019 as the brand's second lower-medium contender, alongside the larger Octavia, but with a lower up-front cost, which it claimed could particularly appeal to job-need fleets.

We're considering the Scala in the upper-mid-range SE L equipment grade - a fair comparison on standard kit levels with the other cars here - and with a 150hp engine, the most powerful
out of the four. Because of this, it doesn't come out on top in any category, but it also doesn't come last in any except for AFR, where it ties with the Mazda. It's still the second-cheapest to buy, and although it sits one BIK band higher than the Citroën and Mazda, this means it comes out neck-and-neck with them on driver tax payments. However, it also has the second-worst fuel economy and this, as well as having the second-worst predicted residual values, means it comes in third place on an overall cost-per-mile basis.