Audi's hybrid versions of the Q3 are attracting attention from fleet, but what about their running costs? 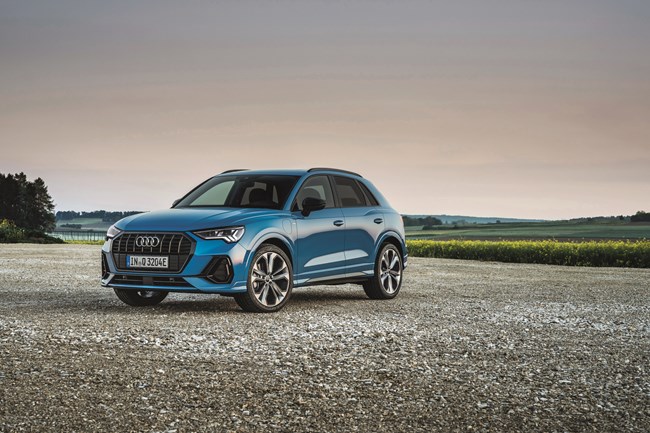 Audi's medium SUV, the Q3, is its latest model to be electrified. This follows the A6 and A3 hybrid models launched in 2020. The medium SUV segment continues to be popular with fleet, with either new models joining or current models being replaced. The added attraction of more efficient plug-in hybrid versions is still new technology to this sector, as all these models have been released in the past 12 months.

The 245hp, Q3 45 TFSI e S Line we're talking about here is the latest addition to the second-generation range, launched back in 2019. It is available in Technik, S Line, Black Edition and range-topping Vorsprung trims. Audi also offers this model in the slipperier Sportback body style with, S Line, Black Edition and Vorsprung versions. If the plug-in version doesn't suit, Audi still offers 35 petrol and diesel versions with 146hp, 40 petrol and diesel versions with 190 and 197hp, plus, 45 petrol versions with 242hp.

Highlights of the Q3 45 TFSI e, are the comfortable ride, impressive refinement, and in the S-Line trim here, 28 miles of electric-only range and a 13% BiK figure. However, changes in trim specification can equal an increased 31 mile battery range, plus an improved 11% BiK rate if you choose the Technik trim level. The Q3's other demerit is a result of its electrification, as the addition of a battery beneath this Audi's floor reduces boot space substantially from 530 litres to 380 - a fair bit behind the 450 litres that the BMW has here.

This Audi offers impressive consumption (141.2mpg), but even that figure isn't enough to put it at the top of the pile; instead, it's behind the Cupra and BMW. Again, the CO2 figure of 44g/km impresses, although it still can't quite take the top spot here, that goes to the BMW. Another disappointment is that the Q3 in S-Line specification is the most expensive car to buy, with the highest SMR figure. Audi's premium image still shines through though, with the predicted residual values equalling a solid second place behind the Volvo. The residuals and SMR payments work together enabling the Q3 to achieve second place on a cost-per mile basis. 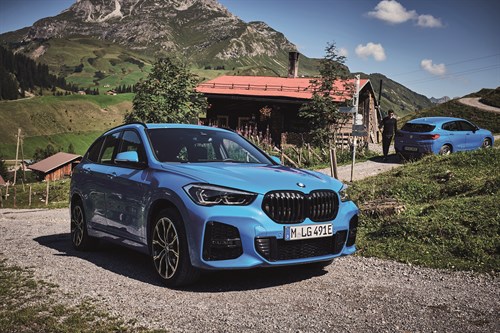 The current-generation X1 dates back to 2015, but it has always been a key player in this segment. To keep it ahead of the latest opposition, this BMW SUV was facelifted in 2020 with a new look, the latest infotainment system and plug-in hybrid engine tech. Plug-in Hybrid or not, like the rest of the range, the BMW offers an excellent drive. However, it is this X1's performance on paper that attracts all the attention here.

The X1 has the cheapest predicted SMR costs and is the second-cheapest car to buy here. This BMW also incurs the second-lowest BIK payments, helped by joining the Formentor in the 11% BIK band, despite having fractionally lower emissions than the Cupra. It is also the second-most fuel efficient. The X1 is even the runner up when we look at
NI payments.

Where the X1 falls down is for its residual values, which lags behind the Audi and other rivals. This has a knock-on effect with the cost-per-mile value, pushing this BMW into last place. Still, it is an impressive performer overall, and we think many will overlook its shortcomings. Instead focusing on this model's other great fleet qualities, which keep buyers coming back for more. 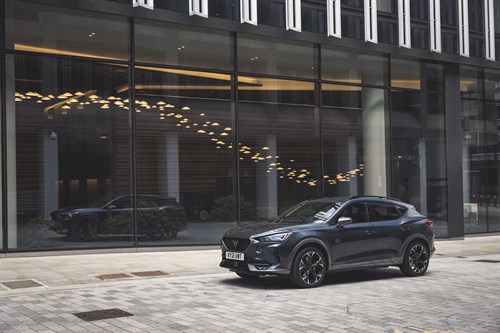 The Formentor is probably best described as the disruptor of this group. It was launched this year, from the sportiest part of the Volkswagen Group's Spanish arm - Cupra. It is mechanically like the Audi Q3, this means the same 150hp TFSI petrol engine, paired with a 114hp electric motor, equalling 245hp.

Cupra started out selling rebadged, high-performance versions of the Ateca SUV. However, the Formentor is a model in its own right. Perhaps more sports focussed than the other models here, the front design is similar to the latest Leon range. In this SUV company, the lower stance, copper trim highlights and the distinctive badge mark the Formentor out. There is also the choice of a lower power 204hp version, if this one doesn't suit.

The cheapest to buy of our group, the Formentor also benefits from the lowest SMR payments. The Cupra comes near the top for BIK payments, thanks to the X1-rivalling 11% band, meaning the second smallest cost here. Seat might still be establishing the Cupra brand in the UK, and this model is the newest of the group here, but it depreciates the least. This helps the Formentor to take the cost-per mile honours. 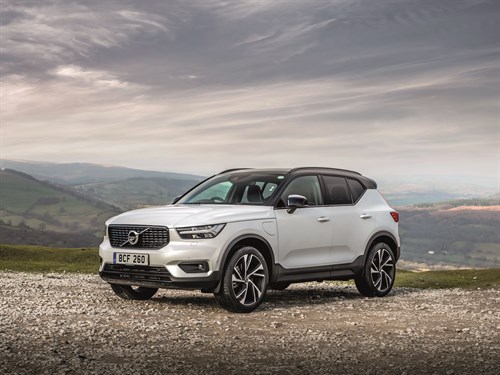 It shows how youthful the medium SUV sector is, when the XC40 is one of the older models - having been on-sale for over three-years. In spite of this, the XC40's attractive design still remains fresh, with cues such as the 'Thor's Hammer' headlights and striking LED rear lights to remind you that this is still a Volvo.

The XC40 also has a stylish, well-made interior, offers a comfortable rather than sporty drive and there is the benefit of the usual, excellent standard Volvo safety kit.

Volvo has kept the XC40 current under the bonnet too, with the choice of Recharge T4 and T5 plug-in hybrid versions, plus B4 and B5 versions with mild-hybrid technology fitted.

One of the most expensive of the choices here, with just the Audi costing more. As such, the BIK and National Insurance payments are more, again putting the Volvo second to last. However, with the XC40 still being so desirable, the lowest depreciation figure puts the Volvo back into contention - with the second lowest cost-per mile figure.

No wonder then, that despite the ever-growing list of competitors in this sector, the XC40 remains hard to dismiss by fleets.