Hyundai has added a new compact SUV below the Kona. Simon Harris finds out how it stacks up on costs against rivals. 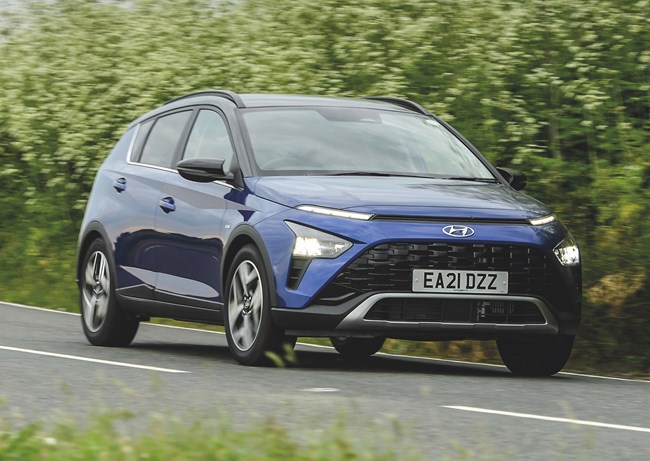 The Bayon is Hyundai's new contender in the compact SUV sector. Fresher than the popular Kona, Hyundai plans to have the sector covered by both models, with the Bayon serving the more budget-conscious end of the category, and the Kona offering mainstream and high-end options with 120hp petrol, full hybrid and electric versions.

The Bayon is a little smoother looking than the Kona with a family resemblance, although the rear and interior are more in line with the new i20 supermini.

Power options are 100hp or 120hp from the turbocharged, three-cylinder 1.0-litre engine, and - currently rare for a small car - the Bayon comes with a 48V mild hybrid system, helping reduce fuel consumption.

It also has some interesting technology in a manual gearbox that features an electronically controlled clutch to decouple the transmission from the engine under certain driving conditions to enhance efficiency.

It certainly scored well for fuel consumption among this selected group, appearing to be the most frugal in WLTP measurements.

Although it has the highest P11D value, it has the lowest CO2 emissions and BIK tax band, which is good news for those paying company car tax as well as employers' national
insurance contributions.

But a combination of slightly higher depreciation (from its higher P11D value) and higher maintenance costs over a three-year/60,000-mile cycle just sees it lose out to the Skoda Kamiq, although the Hyundai has more standard equipment and would appear to be better value for money. 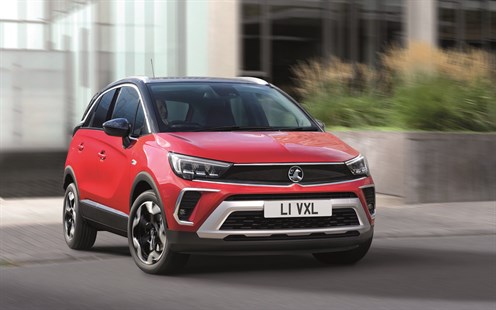 We drove the updated Vauxhall Crossland in February and it is much improved. Like the Bayon, it has a more upmarket sibling in the range to serve more style-conscious customers with larger budgets - the Mokka - but although the price of this 1.2 SE is appealing on paper, it falls down in virtually every other measurable area of costs.

Depreciation is very poor, perhaps an indication that too many Crosslands are destined for daily rental fleets, as well as a higher proportion of motability business than many of its rivals.

CO2 emissions at this level also make annual VED more expensive over the fleet life cycle. Of the four cars in this comparison, it has perhaps the least to recommend it. 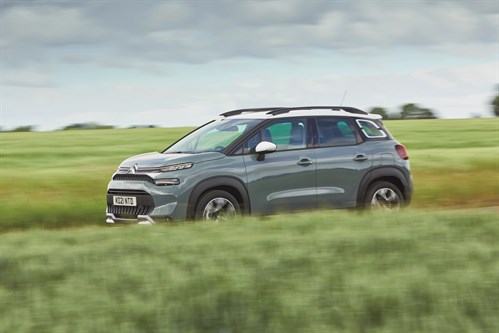 The C3 Aircross shares its basic architecture and engines with the Vauxhall Crossland and, like the Vauxhall, has undergone a midlife refresh in 2021.

The changes to the C3 Aircross are much more subtle, with very light cosmetic changes and the benefits of new technology largely hidden.

It has the highest CO2 emissions in this comparison and, like the Vauxhall, makes annual VED rather more expensive than for the Hyundai and Skoda. It also has an impact on BIK tax liability and employers' national insurance contributions.

Some might well like the Citroën's distinctive looks and in this Shine Plus grade, it is also well equipped. Despite the costs as a result of higher CO2 emissions, it actually runs the Skoda and Hyundai close on a pence per mile measurement. 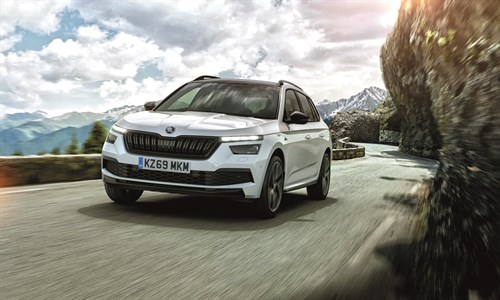 The Kamiq was launched two years ago and shares many of its components with the Seat Arona and Volkswagen T-Cross.

Like most Skodas, it's a well thought-out package and very easy to live with. And despite having been on sale for a couple of years, it's still a highly competitive choice.

CO2 emissions for the Skoda are not too far off the low benchmark set by the Bayon and it only has a minimal impact on BIK tax and VED.

The Skoda's fuel consumption is also close to that achieved by the Bayon with its hi-tech gearbox and 48V mild hybrid system.

And it manages to beat the Bayon on cost per mile, so we really wouldn't criticise choosing the Kamiq. But we would suggest the Bayon, with its generous list of equipment as standard, might be more popular with drivers.