Our anonymous insider deals with the demands of an expanding fleet. 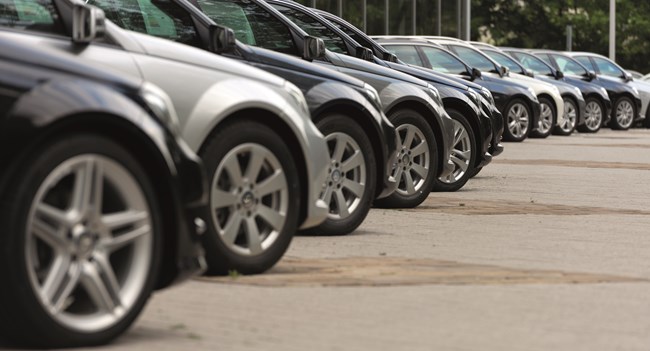 We are only a small company in comparison with many others and currently have 25 cars and 30 vans. But we're still growing and expanding, which is great news for the company - but not so great for me. Being the fleet manager brings ever-growing pressures, because as we require new people to cope with the extra work and expanding contracts, we need more vehicles - particularly for the engineers and fitters.

We have just received notice that five new vehicles have arrived in the UK (more on these later), but to put it quite simply, five are not enough. We need probably another five on top of those. Can we get new ones? No, of course we can't. So, the next best thing is used, preferably nearly new, but can we find the right ones? No, of course we can't. We have found some ex-rental stock, but they're smaller than we ideally need, but needs must, so I might have to go with them, and try and get them on a used lease. It is certainly not the situation we want to be in, but as a small company, we just don't have the clout or gravitas to start throwing our weight around, and demanding that we want vehicles, and that we want them now. We have to wait our turn.

The five vehicles that have now arrived in the UK from Germany are sat waiting to have some accessories fitted, but there's a problem (isn't there always a problem in this job). The accessories must be the official ones, and those accessories come from Belarus, or as it turns out, aren't coming from Belarus at the moment. So, we find ourselves in a long queue of everyone wanting these much sought after accessories for their vehicles, and guess what, like the vehicles, we have been told to prepare for a bit of a wait.

These accessories are necessary due to the nature of our business, and we can only get these chosen extra parts from the manufacturer. But the good news (hooray) is that these accessories should fit perfectly and last well during these vehicles' time with us - I just wish delivery would hurry up.

In my last Business Car piece, I told you about how a catalytic converter was nicked from one of our cars in broad daylight, outside one of our drivers' houses. Well in some rare, good news (another hooray!), after a six week wait, we've got a new cat and exhaust, and the car is back on the road. We have had to buy an Alsatian dog to live in the car now though (only joking).

When I started doing this job just a few short months ago (although it does seem like a lot longer), our leases were all over the place, with many different, and some spurious leasing companies. Now, very gradually and carefully, most have been transferred to one, very trusted, local leasing and contract hire company - who we work very closely with. There is certainly a lot of give and take on both sides, and we both have some occasional issues with each other. But with getting to know them, being friendly, yet being very professional, everything gets resolved very quickly - usually! It is probably the best thing we have done to help our fleet and make life a bit easier and simpler. Having said that, almost every day something you weren't expecting raises its ugly head, and another calamity is in the making. Hopefully, these will get less and less as time goes on. Oh, I do hope so, but then, life at work might not be quite as interesting.