Rachel Boagey learns why educating fleets is a labour of love for AFP chairman Paul Hollick. 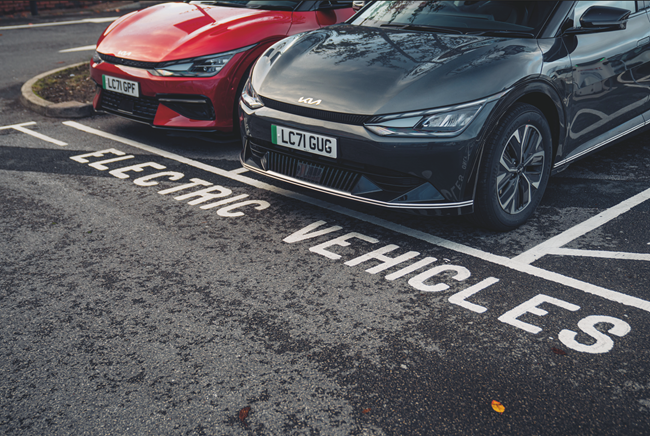 From senior board roles within retail, OEM, leasing, fleet management and mobility and technology businesses, right through to his current role as chairman of the Association of Fleet Professionals (AFP), Paul Hollick has had a diverse career. His most recent role is the result of a 2020 merger between fleet representative group ACFO and fleet training body the ICFM, where Hollick previously worked for 12 years, to create the AFP.

"I began to see a lot of people doing well out of the fleet management training courses we offered at ICFM and improving their own positions within their organisations. After a few years of me being chairman, we merged with ACFO to create the Association of Fleet Professionals - all of us give our time freely, it's a labour of love," Hollick tells us.

A qualified accountant by trade, he describes bringing the two organisations together under one banner as "creating the best of both worlds, merging two halves of the same equation."

The combined organisation aims to give fleet decision makers "increased voice through combined strength", but also cater for those with fleet responsibility working in HR, finance and procurement roles and the fast-emerging mobility function.

Today, with around 1,000 members, the AFP aims to support the fleet industry by offering stakeholders a single point of membership and access to the combined activities of these two leading industry bodies under the new AFP identity.

Making the case for electric

An ongoing challenge for the organisation is ensuring the education of the current and next generation of fleet professionals, providing guidance and clarity around what the next steps are within fleet and dealing with the government to improve the ability to run fleets nationally in the UK.

Hollick says the extremely low benefit-in-kind (BIK) tax implications for company cars has led to a clear change of behaviour within the UK marketplace. "Money drives behaviour and BIK tax was previously changed to 0%, increased to 1% and then 2%, meaning that the demand was suddenly there. People saying they don't want an EV because of issues with the range changed overnight as soon as the tax tables changed," he says.

Hollick explains that most of the work the organisation is doing right now is helping fleets with an inevitable switch to electric. "As we reach the countdown to the ban of new internal combustion car sales in 2030, arguably, if you're a company car driver you'd be nuts not to have an electric vehicle," he says. "These tax benefits are not going to last forever. Most leasing companies and most of our members are seeing more EVs ordered than ICE
vehicles now."

Hollick says he will wait in eagerness to see what the tax tables post-2024/2025 mean for the electric vehicle landscape in the long term, but right now, it's not a simple case of supply equals demand as there is a shortage of electric vehicle availability. A transition to pure electric fleets becomes far more difficult when there's not enough vehicles, or none of the right vehicles in the market. "Electrifying cars isn't really the problem, it's electrifying vans that is the real problem in the UK as there's just not enough availability. With the semiconductor issue going on across the globe, wait times for cars and vans in particular are acute and some vehicles are not arriving until the middle of next year now," Hollick says.

However, Hollick explains that there is high demand across Europe for electric vans and OEMs are trying to upscale their manufacturing sites to keep up with it, so slowly but surely vans should follow the lead of cars in the UK marketplace.

Just as we aren't sure how long the BIK tax subsidies will last, Hollick notes that there is a finite pot of money when it comes to charging infrastructure.

"Government grants for new electric cars and vans keeps reducing, as does the amount of money going into installing charge posts. Drivers now only get a subsidy for these if they live in a flat, showing that as we get through the adopter phase and into the mass market, the government isn't supporting the uptake of EVs as much as before."

Hollick believes this initiative towards kerbside charging is an issue because it becomes a societal problem. "It's become the case that better paid staff have driveways to put home charging units in and the less well paid generally speaking aren't going to be able to necessarily afford running and leasing a new EV and putting a charge point in too. Kerbside charging will be more expensive per kWh than home consumption too, so that means cost per mile is more expensive if you don't have a driveway."

The future of the fleet manager

Despite Covid meaning cars were doing fewer miles, another trend has come around also due to the change in the tax tables, says Hollick. "What we've seen recently is that everyone who had a cash allowance previously wants to come back into a company car scheme. The benefit for employees is that they can tap into a really cheap new zero-carbon vehicle, which would be a sure upgrade from what might be a ten-year-old banger they have on their drive. Similarly, this move saves the fleet money on national insurance.

"What this means, however, is a clear need for a fleet manager. Whereas before, employees would take the cash and drive their own car, now the company car fleet needs proper management," says Hollick.

While mileage has been going down, fleet sizes are going up, and with it comes challenges for fleet managers. "Regardless whether the fleet outsources some of its activities to external organisations or not, the fleet manager role becomes far more strategic than ever before - they need to understand the core concepts about how they're buying and how they create competitive tension. Being a fleet manager is not really about how a vehicle runs anymore- an EV only has 50 moving parts compared to over 1,000 on an ICE vehicle," Hollick explains.

Alongside the talk within the industry about the transition to electrification, there is also another, perhaps equally important development underway - that of evolving from fleet to mobility strategies.

"To some extent, the pandemic has created a pause in this process because many mobility services are based on shared use of assets but, as things return to some kind of normality, we are seeing interest in the subject revive quickly," says Hollick.

In recent years, Hollick has witnessed a clear gender shift towards more women taking up roles within the automotive industry. "The AFP has been training more women than men over the last few years and seeing a new multi-skilled generation with more of a procurement background than a mechanical background," he says.

The result of this shift will be profound, according to Hollick. "We will see the industry move away from 'fleet managers' and towards 'mobility managers.' People no longer need three vehicles on their driveway - they're getting rid of their company cars in favour of a mobility or travel allowance."

The organisation aims to continue to be an avenue for fleet managers and professionals to come together with other like minded individuals in similar roles to learn from each other and expand their skills. "Being a fleet manager is quite a lonely job and Covid-19 hasn't helped with that, but connecting with people in similar jobs is definitely a great way to improve and keep up with the numerous changing trends the industry is constantly facing," says Hollick.

To aid this shift to shared mobility, Hollick believes more incentives from the government are needed. "Our organisation released a tax manifesto last year that is still very valid and suggests that the government learn from other countries in Europe to fix UK tax conditions for mobility." he says.

One of the existing problems in the UK is company car tax. "In the UK if you make your car available for personal use, it's taxable, which caused many issues throughout COVID as these cars literally weren't moving from people's drives but they were still paying tax on them. In order not to be taxed you had to send your keys back to your employer because then the car wasn't available anymore - it was crazy and outdated, and the Government needs to sort this out," he says.

"The UK needs to learn from countries like France where there are tax breaks if you offer mobility allowances. I think that's something we can definitely adopt here in the UK as I believe   the cheapest piece of carbon you can save is not having a vehicle in the first place, and let people move how they want to," says Hollick. "I hope we can move towards a reduced level of red tape and a bigger commitment to shared and public transport, but we need the Government to step up and do more.

"Through the AFP's Mobility Committee and other activities, we'll be aiming to be at the heart of future dialogues, supporting fleet managers through this evolution. To some extent, this is a subject that is still a blank page and there is an opportunity to seize the moment. It's an exciting but challenging area," he concludes.