With nearly twenty years at Auto Windscreens under his belt, Shaun Atton was ready for a new challenge. Rachel Boagey learns how his role as head of fleet and facilities has revolutionised the fleet. 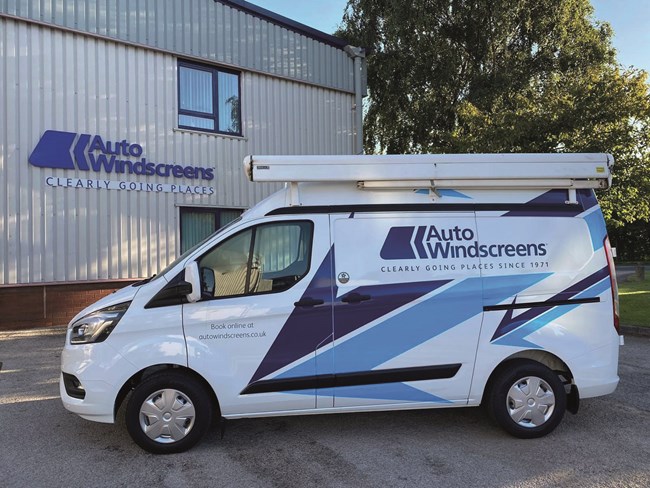 Shaun Atton started his career almost twenty years ago as a young technician at Auto Windscreens. He worked his way up through many different roles within the operations side of the company - from branch manager to area manager, to regional manager - before being asked by the operations director two years ago to help the fleet department through a difficult time. In this temporary role, Atton used his company knowledge and experience to put some fixes and processes in place.

"I was here for three months and I fell in love with it," explains Atton. "Compared to the operational side that I'd been in for so many years, the fleet just offered so many different things and new opportunities."

Atton explains that his move into this role was his best career move yet, and although his journey there wasn't necessarily linear, having the experience of the operations side for 16 years and knowing what challenges the drivers faced made him a better fit to go into this role than anyone else. "If I came into the role without having the years of company knowledge behind me, I'd probably have been way out of my depth, but as I knew the company inside and out, as well as what they needed to change to make the fleet successful, I hit the ground running. I think the key to anyone going into a role and being successful is knowing the business well," he says.

Since his move into the fleet manager role with his dedicated team, Atton has helped revolutionise the Auto Windscreens fleet. A year into this role as fleet manager, Atton was also asked to manage the facilities side. "I describe the fleet and facilities as very similar entities - I have 360 vehicles and 70 properties in total and they both need the same things - compliance, management, and maintenance. That's what makes it a good fit for both departments to be managed together."

Cut costs, but not too many

Many fleet managers are focused on reducing costs and Atton isn't a stranger to this way of thinking in his role as fleet manager. "It's a big part of the role and when I first embarked on this role, reducing costs in all areas was a goal for me, of course it was." But Atton explains that you can only reduce costs so much without impacting other areas. "Yes, I try to reduce costs where I can and keep my eye on them, but I also need to focus on staff morale, engagement, and making sure they're safe."

Auto Windscreens recently adopted an integrated telematics system into all of its vehicles using Visiontrack 4G cameras, which work as forward-facing dashcams too. They are paired with Webfleet technology, which work together to monitor driver behaviour and collect camera footage of the journeys made by Atton's fleet. "If we have a notification on Webfleet, which says a driver has braked too harshly, then it will send an 'event' to us and a video link as well," he explains Atton. This method of integrated telematics allows for more visibility for Atton and in turn, improved driver safety. He explains, "In the past, we'd say you're braking too harshly and we had nothing to back it up. Now we can see that they braked to miss a school child that ran out in front of them, for example."

Atton describes the system as more of a coach and reward scheme than 'big brother'. He says, "They may not be driving as well as we want them to, but now we can really figure out why not and coach the driver to become better rather than sitting them down and hitting them with a proverbial stick. It's really good for staff morale, it's working to lower incident rates and improving our driver score."

Another recent boost to staff morale involved the decision to upgrade the spec of all fleet vehicles too. "We know that the majority of our technicians spend all day in their vans - it's their office. I like to sit in a nice office, so why shouldn't they sit in a nice vehicle?"

Next up in improvements to the fleet is the introduction of a driver app, which is being built in-house by the company's IT teams. "This will work with the fleet management system and include daily vehicle checks, accident and investigations, document links, driver training, and a whole array of important and useful things for our drivers to have access to when they're doing their job. It's completely bespoke to our fleet too," says Atton.

When Atton took on the role as head of fleet and facilities, he knew he couldn't do it with spreadsheets alone. "Having systems in place was the first thing I did. You can't possibly manage an operation like this on spreadsheets. I introduced a bespoke fleet management system that we built in-house and on the facilities side of things we've managed to mirror that too with a system that does a similar thing. It was a very big piece of work getting that all in place, but it was necessary to be able to properly manage drivers."

On the fleet, Atton manages 310 light commercial vehicles, predominantly Ford Transit Customs, some box vans and 42 company cars. "There is a real mix of brands across the company car fleet because we are now exploring options."

The change away from a traditional company car scheme to salary sacrifice is probably the best way to encourage drivers into electric cars, explains Atton. "A few years ago, the fleet consisted of predominantly petrol vehicles, but has recently shifted to hybrid and the next cycle will be moving into full electric because of the whole life cost benefits to the drivers. When they see the cost savings involved, it's a no-brainer to move to EV."

The company has installed workplace chargers at the head office and 12 of its network sites. "On top of that, as part of our salary sacrifice scheme, the company we use has partnered with an installer so they'll pay for the charger as part of the lease cost or it'll be built into the monthly cost."

Atton describes the shift from petrol to electric as significant for his drivers. "It's a massive learning curve for people and a big jump, so we've effectively used hybrids as a stepping stone and, meanwhile, have been providing training on driving EVs. All of our technicians and mechanics have had to go through some advanced training too for working around different powertrains. Then when they take delivery of an EV they'll go through a training module to teach them how to get the best out of the EV, charging, and how to make the best use of it."

Introducing electric vehicles as part of the salary sacrifice scheme is part of the company's commitment towards a greener future and looking at the environmental impact of the fleet - they have carbon reduction plans in place and are committed to building on their carbon neutral status.

Of course, a full move to EVs is hot on Atton's radar and has been now for two years. "We know we have the range and charging infrastructure, and can switch 25% to 30% of our fleet over to EV tomorrow really easily and we've done the research into who can have a charging point at their home address, who even needs one, etcetera," he says.

The thing really holding him back is waiting for the right vehicles to come along. "We've been using Transit Customs for quite some time because we need to have a certain load area for larger windscreen and there's not a vehicle that's come along that's suiting our needs for that. With the car fleet that's not as much of a challenge and it's relatively easy to go EV via the salary sacrifice scheme, so that's something we're working on right now," he says.

But Atton is cautious of making bold statements and predictions. "We haven't said we're going to be net zero by a certain date as I don't know if that's possible, but what we are doing is committing to working towards a greener future, which involves us being carbon neutral in every area of the business - from utilities in the sites where we have 100% renewable electricity, to making all of our vans Euro 6 compliant and above. It's all the little things. So no, we might not be net zero by a certain date, but we're making realistic steps towards a future goal."

Atton explains that part of the decision not to publish any bold statements is that you never know what will happen. "Take Covid-19, we already had a notion that we wanted to shift to fully EV before the outbreak and with the reduced mileage of the fleet, it looks like a great time to make the move, but it's a very bold decision to make when things aren't back to normal just yet. We just need a little more time to prove it out and know that it's going to work for our drivers, because at the end of the day, they're the cogs that make our business work."