Sean Keywood talks to a Business Car Awards-commended manager about raising the profile of a fleet department, juggling company car and cash allowance drivers, and the importance of training. 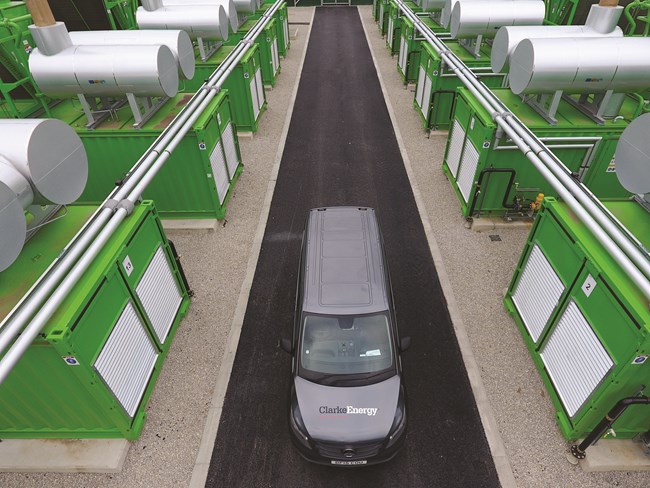 When asked about her achievements running the fleet at multinational power generation equipment firm Clarke Energy, Maria Bate brings up two different examples of getting noticed. One of these was public, when she was named as Highly Commended Fleet Manager at the 2019 Business Car Awards. But the other - one which many fleet managers reading this will no doubt relate to - is getting more recognition for the fleet department within her own company.

"One thing I have achieved is the visibility and awareness of the fleet department within Clarke Energy, because a lot of the time I think fleet departments aren't seen as a critical function," she says.

"We have really worked hard to integrate the fleet into, for example, our QUENSH (quality, environment, safety and health) department. We have a really strong health and safety culture with that; however, the fleet had never really been a part of that.

"Also the senior directors are now more involved in the fleet, they are aware [of it] in their decision-making."

In her role, Bate is responsible for managing around 50 company cars, four pool cars and more than 40 cash allowance drivers, in addition to around 150 vans.

The company cars are purchased outright rather than financed, a policy change made after Clarke Energy was taken over by Kohler Group, but Bate says this did not have a major impact on fleet operation as previously vehicles were directly financed through a bank, rather than having a leasing
company involved.

The cash allowance aspect of the fleet is one that was introduced in a director-level policy shift in October 2018, but Bate says it is not a switch that has caused problems, as she is well aware that her responsibilities to these drivers are only slightly reduced from those to the company car fleet.

She says: "A lot of companies' cars are for their drivers on business, whereas the majority of our drivers have a company car as part of their package, so it is about attracting employees and retaining people we want to retain. That is how we moved to the allowance because it gave people more free reign.

"Although we say people are on a cash allowance I have the same responsibility to those people as I do to company cars, so I am still checking all their licences, checking they are maintaining the vehicles, and that they are still involved in our driver training programmes because they are still driving on work.

"Essentially, to me, it is just a different way of financing the vehicle. I have still got the same responsibilities, the only thing I don't do is if they have an accident I am not involved in that, but all the other responsibilities are the same."

Bate says that after an initial rush into the cash allowance scheme, the ratio between these drivers and company car drivers has stabilised.

"The people who have a company car want to stay with the company car," she notes. "They like the security of knowing that if it breaks down everything is paid for, and the fact that I am there looking after the vehicle."

One of the initiatives Bate has placed a strong focus on is driver training, working with training provider TTC.

She says this was motivated by an analysis carried out with an insurance company, benchmarking her operation against other similar fleets.

"One of the big red flags that came from that was there really wasn't much in the way of driver training, and we needed to improve safety," she says.

Bate explains that with staff spread across the UK, their driver training needs were initially assessed with an online risk assessment.

"Once we had the data we said 'OK, how do we identify who needs that training?'. Maybe people who do high mileage, have points on their licence, maybe they haven't been driving for very long, or they have not had an eye test, or they have been involved in an accident, these sorts of things, and from those answers we identified whether it would be e-learning that would be applicable, or whether it would be in a vehicle.

"In some cases we did a whole day in a vehicle, because we have got some people who were not born in the UK, so their knowledge of the roads and the Highway Code wasn't the best."

Bate says that in the near future, she is also planning to introduce specific training workshops on eco driving, and also higher-risk manoeuvres such as parking.

As well as the obvious aim of reducing fleet accidents and the time spent on their management, Bate feels that providing the training has a positive effect on morale.

"It shows the drivers that they are valued within the company, because office staff get training maybe on Excel, and there is manual handling training, first aid, rooftop working, or whatever else they do as standard, but did we ever think to talk about them in their vehicles, where they spend a lot of time?," she explains.

"I think it helps people to know the company is willing to invest in them."

It is not just Clarke Energy's drivers who are being trained, with Bate also having instigated training for line and senior managers, with an eye on the safety and legal problems that can ensue if a driver-level road safety focus is not also shared further up the ladder. 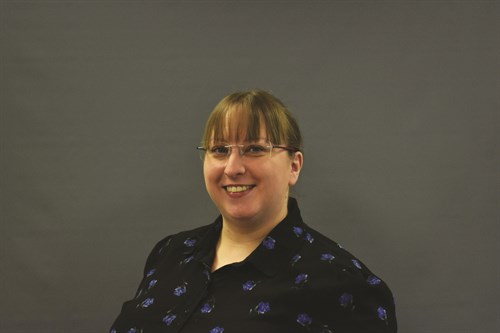 She says: "We have a lot of people who have worked their way up to be managers, and my question was, 'do we ever train them and let them know what their responsibilities are with the fleet?'.

"We tell the drivers on their induction and when they renew their cars, but we never really say to the managers, 'OK, how are you going to act if someone in your area has an accident? What are your responsibilities?'"

Another of Bate's initiatives, alongside vehicle tracking for the company's van fleet, has been to install dash cams in the company cars, which she says has been a great success.

"They are fantastic pieces of kit," she enthuses. "We had someone exiting a site in a car and a lorry reversed into them, and if he hadn't had dash cam footage you would have been questioning if he was too close to the lorry.

"So that was a clear non-fault accident and it really helps to get those insurance claims through quicker. It is a lot of time and energy put into that [otherwise], so it is great."

When asked if there had been any pushback from drivers when the dash cams were installed, perhaps due to concerns about being monitored, Bate says that in fact they were eagerly received.

She adds: "I think the fact that the senior management had them in their cars really led the way, as they could say 'I am happy to have this kit, it is good for me and good for the business, you follow suit'.

"Also they have control of the data, because a lot of people could be concerned with 'can you log in and watch me?', and we didn't want to go down that route. The driver has full access to the kit and they are the ones that give me the footage."

Because the Clarke Energy company car fleet is mostly not about job-need, there are not too many restrictions on choice. However, Bate says she has moved to stop future adoptions of plug-in hybrid cars.

"Infrastructure is a big part of that, because they tended to be the more senior roles within the company, but the charging leads draped across the front of the cars, the wall, or to the standalone unit, and the aesthetics of that is not attractive," she explains.

"Also we had to upgrade our building electrics to accommodate individual standalone units, and there is only so far you can stretch a building in terms of the electricity supply.

"Also a lot of our PHEVs are [driven by] the people who do a lot of mileage, so it is not suitable. They love the tax breaks of course, and then the other thing is people perhaps don't use the charging facilities and just use the fuel, which therefore defeats the object of low CO2 and fuel economy."

Regarding fully electric vehicles, Bate says they will arrive on the fleet eventually, but the time is not yet right.

"We are definitely on board with the movement, but we are not quite there yet," she says. "We are more on board with [conventional] hybrid - we are getting a lot of Toyota Rav4s. I hope we are going to move to electric, but I see it as being with the next renewal for cars, then for vans it will be two replacement cycles off."

While very much focused on future initiatives and successes, Bate is also happy to reflect on her Highly Commended Business Car Awards recognition, which assumed a greater personal significance for her.

"It really did mean a lot because my dad was here to see that, and one of the things I am really proud of is that he saw me get that, because sadly we lost him in December.

"It was great for the acknowledgement of the work I have done, but also on the personal side. It was really nice for him to see me get that recognition."

I would say that fleet is not always seen as a critical function within the organisation, so one thing you do need to have is a dogged determination to get it to the forefront of the business. It is so easy just to continue with the status quo and not question, but really, you need to have that determination just to push forward, because the rewards are worth it.

Both within your business, because obviously you are going to need the managers to help you along the way and senior management to get policies through, but also within the industry. You can't be an expert on everything, so if there is someone in the industry that has the knowledge and is willing to help you put things in place, then use them.

We spend a lot of time at work, and you need to enjoy what you do.