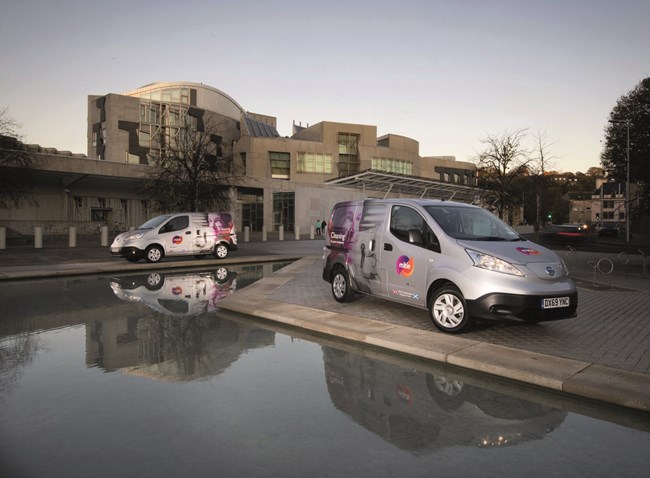 When asked about his achievements in his role as director of sustainability, social value and fleet at facilities management firm Mitie, Simon King refers firstly to the company being crowned Green Fleet of the Year at the Business Car Awards 2020. The award win comes after the company recently announced it has raced past its pledge to switch 20% of its cars and small vans to electric by 2020, meeting the target a whole three months ahead of schedule.

As an organisation with a national footprint, a large fleet of vehicles, and around 50,000 people supporting multiple sectors throughout the UK, Mitie has been hard at work identifying opportunities to increase sustainability and reduce carbon. As indicated by his job title, there are three main elements of King's role: sustainability, the social value framework, and fleet. Of those, he says "sustainability is critical to us", and adds that "we are a services company, so 93% of our carbon footprint is down to our fleet".

In February 2020, shortly before UK lockdown and alongside the company's CEO, Phil Bentley, Mitie launched Plan Zero, its commitment to achieving net zero carbon by 2025 - some 25 years ahead of the UK government's 2050 target. "Effectively, that means taking all the carbon out of our business," explains King. "To do that, we've been focused on decarbonising heating systems in our buildings, ensuring we purchase only 100% renewable energy, and moving to a zero-carbon fleet, all of which support the wider economy in creating a sustainable future."

Out of its 5,500 vehicles, Mitie now has nearly 800 electric vehicles on its fleet, with around 25 more being delivered every week. Based on the current delivery rate and order pipeline, the company will have more than 900 electric cars and vans by the end of the year.

Going back to July 2019, King says Mitie's fleet was virtually 100% diesel: "We were just at the very start of our electrification journey with only around 78 electric vehicles. At that point we committed to having 20% of our small car and van fleet electric by the end of 2020. The only reason we didn't go for it with the large vans is because they didn't have electric alternatives at that point. We passed that goal at the beginning of October, and based on the small van and car fleet we're at around 25% electric now."

And those numbers don't seem to be slowing down. "We're already only bringing electric cars onto our fleet; we don't take on any diesel cars any more," says King.

In fact, the hurdles that Mitie was facing quite recently are all quickly disappearing as electric cars become more prevalent in the market. "The one area we were potentially going to have to continue using diesel was for estate vehicles for fire and security staff, for the tools and vehicles they need to carry, but now the MG5 has become available, and it has significant range for us to [be able to] bring that onto the fleet," says King.

In fact, he is so certain about electric as the future of the fleet he says: "There's no reason I can see for any fleet to have to buy an ICE [internal combustion engine] car again."

The fleet is now fully electric on cars, and on vans it is starting to see far more availability. "We have 150 of the Vauxhall Vivaro-e on order and we're working with OEMs to see what the right solutions are for all the other vans. within the small and large van sector, but it's obvious that the market is moving quite rapidly forward," says King. 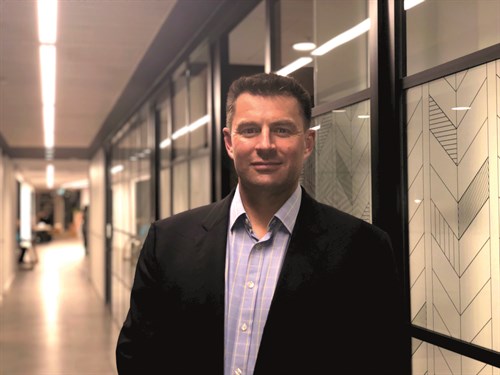 "We know the government is phasing out ICE and although the date is to be confirmed, we're strong supporters of it being 2030 as we know transport is a massive contributor of UK carbon emissions, 36% in fact, and if you include upstream refining that goes up to around 43%. Therefore, policy is moving towards this, and if you approach it in a planned manner it allows us to approach it in a positive and prepared way without being reactive. Clients are expecting sustainability and social value as standard in what their suppliers deliver now, so we're not going to fall behind in any way."

Mitie's expertise in electric and its ability to install and manage infrastructure for clients has enabled the roll-out of EVs to occur much faster than originally planned. "We discovered the whole-life cost of EVs overall is lower than its diesel counterparts and that includes all the infrastructure to support them," says King. "It made us realise that electric is the answer so we really moved across to that and away from diesel." In a recent survey conducted by Mitie, 91% of its employees who opted to drive an EV are pleased with that decision they've made, and 89% said they would recommend them to family and friends.

"Running a fleet has always been about cars or vans, but now you really need to implement and run an integrated energy system that happens to have cars and vans attached to it," King continues: "We're really well placed to move quite fast and I genuinely believe EVs are the right answer in all circumstances."

Action hasn't been confined to its own organisation, either. Mitie's Plan Zero initiative, outlined in its 2020 Social Value Report, utilises Mitie's in-house experts to support its clients in reaching their own sustainability goals. "Our Plan Zero fleet transition service is all about helping our clients become more sustainable - whether through infrastructure support, or vehicle elements and driver awareness and behaviour, to enable a green transition, that's what we're able to provide," says King.

Mitie has focused also on helping its clients to deliver their own challenging targets in areas such as decarbonisation, waste management, and reducing energy use. "We quite often talk about 'Do, Lead, Deliver'," says King. "We do it ourselves, then lead the industry in those initiatives around decarbonising, waste and improving inefficient buildings, and deliver those findings to our clients." The Mitie Energy team, for example, saved over 300,000t of carbon on behalf of clients and over £20m of energy in the financial year 2019/20. "Fundamentally, the wider impact of these Mitie initiatives is great, but that 300,000t is like 11 Mities, so the impact we have on the wider economy is much greater than we can do for ourselves. Our impact is much wider than just within our four walls."

To support its clients as efficiently as possible, Mitie has taken time to recognise what its customers need. King continues: "We have found that 85% of EV charging happens at home. If I said you had to go and sit somewhere to charge your mobile phone for 45 minutes to an hour, I suspect the devices wouldn't be so ubiquitous. It's all about making sure the charging situation is right, and if you charge it where it sleeps it's always ready to go when you are."

King says it's also important to have access to the workplace and public charging, which he describes as more of a top-up charge, but provides an important role, particularly if someone is doing a long journey. "The cars that we put on our fleet now have over a 200-mile range, so that gives our drivers 1,000 miles a week and 52,000 a year, and there aren't many of them who are doing that kind of mileage a year," he says. "The average on our fleet is around 16,000 miles per year, so that equates to around one and a half charges per week."

As for barriers along the way, King says there have been plenty. "What I've realised is that many of the challenges you only identify when you put significant numbers of vehicles on the road," he explains. "We've had some issues with the range of the vehicles not being what we've needed, so our benchmark is now 200 miles for broad adoption.

"People ask whether we should be focusing as an industry on EVs first or their infrastructure. The truth is, it's not either or; you need to do both at the same time. If we're going to move from 100,000 EVs sold per year to over two million we have to adopt that infrastructure in significant numbers across many different areas to support the big increase in EV sales."

As well as the infrastructure, you also need a software solution that sits above it, says King. "Although our EV roll-out is on track, one of the barriers to Mitie achieving our EV target was an inability to easily pay for employees' home charging." To combat this, the company partnered with Mina to adopt its EV fuel card system within the Mitie EV fleet. Through this, Mina's software integrates with the existing charge points installed in Mitie employees' homes, as well as the driver's energy suppliers, to offer seamless payment for EV energy.

King says: "With the majority of our fleet based at employees' homes, paying for charging directly not only makes things simpler for our business, but it's the right thing to do by our people too. We're excited to be working with Mina to bring this unique and innovative solution to Mitie's and our customers' fleets, so we can help get more electric vehicles on the road."

Mitie recognises that 45% of its staff don't have access to off-street parking. "If you don't have access then an EV becomes more of a challenge, so we're calling on the government and local authorities to look at what that integrated EV infrastructure solution can be. It's not about rapid chargers - they have a place to play in this - it's more about ensuring people have access to a home charger wherever the vehicle sleeps at night and having a widespread charging network across towns, cities and villages."

As for future goals, King explains that the company's work towards sustainability is ongoing: "As for electric vehicles emissions reductions, we've set targets right the way to March 2025 to improve and increase the percentage of EVs on the road and correspondingly reduce our emissions."

The next target is for Mitie's fleet to continue to work towards its zero-carbon goal. By the end of this financial year, March 2021, it aims for 15% of the overall fleet to be electric, with increases year after year after that. It will publish the information publicly to keep the momentum going.

The Social Value Report outlines Mitie's strategy and ensures it is improving as a firm in the right areas, but King says it's also part of a wider framework - the way in which the industry is going: "It's not a standalone initiative but forms how we want to operate as a business and operate as the most sustainable facilities management business. It sets a coherent narrative internally and externally.

"EV transition is just one aspect of our business that supports the wider economy in creating a sustainable future. Of course, these are just the first steps [of an] ongoing journey."