Sean Keywood finds out how a tech start-up is out to solve fleets' parking problems. 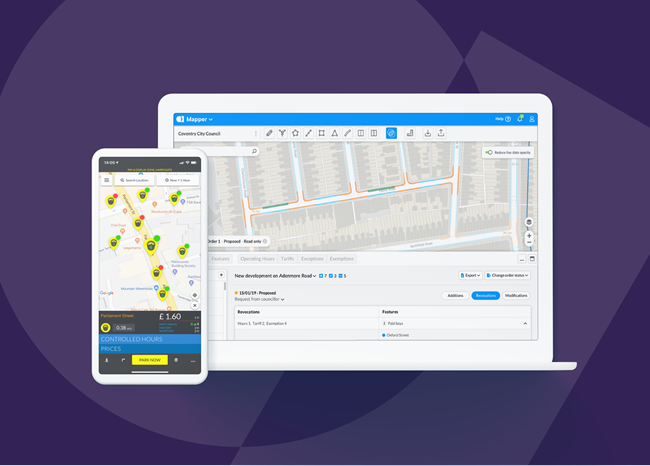 Parking may seem like a mundane aspect of business transport, but get it wrong and the costs can soon add up. Indeed, research by leasing company Lex Autolease has previously found an annual cost to UK businesses of parking fines totalling nearly £6 million. So, what can be done to address the issue?

A firm that believes it has the answer is AppyWay. Launched in 2013, and previously known as AppyParking before rebranding last year, it offers services to businesses, government and consumers. According to the firm's head of mobility Ben Boutcher-West, its goal is to end parking tickets by improving compliance with technological solutions.

He explains that the technology exists to warn drivers if, for example, they are trying to park for three hours in a two-hour bay, or in a street where parking is about to be suspended, while drivers also appreciate being able to pay for precisely the amount of time they are parked in a bay, to the minute, rather than in hour-long chunks.

He says: "Today's world is a little bit of a cowboy land where some people cheat - they are only using parking for 10 minutes so they rush in and rush out and don't pay at all, and the unlucky ones get caught through some sort of incentivised enforcement.

"Then you have a lot of the other end, which is people overstaying in bays, which causes disruption, especially around electric vehicle (EV) bays, loading bays, and even some car club bays.

"Then you have people in the middle, who pay for their parking, but arguably overpay, so they will put an hour on a ticket on the car, and maybe leave in 55 minutes - it is small, but all of those overpayments rack up to millions of pounds every year that did not need to be spent.

"And then you have got the sort of government angle where, yes, they can create a surplus from parking, but that is largely geared around very inefficient enforcement."

Boutcher-West argues that there is an opportunity for all parties involved in solving these issues.

"If we could capture everybody paying for compliance in the minute that they use, there is a range of opportunities in the way we can sort of uplift revenue for government - but in return giving consumers kind of a pay as you go model, which we have seen in the way we consume our music, our mobile phones, and a range of other services," he explains.

"It is really a much more service consumer approach to parking and kerbside access."

An example of this approach can be seen in the AppyMapper kerbside management system, which is being used by five UK towns, including Harrogate.

Boutcher-West explains: "Harrogate has had the system running for a year, and is enjoying good revenues, less parking tickets, compliance is much, much higher.

"A key statistic for the Harrogate project is that we are also seeing consumers start to spend more time on the high street. Rather than being sold access under a one-hour parking ticket, they can pay by the minute, and we are actually starting to see them stay longer, which is good for a vibrant high street.

"What we are ultimately looking to achieve is to understand from that data how we have helped Harrogate reduce emissions and congestion, with drivers driving to available parking bays, working with the authority for access, and enjoying a much more positive experience of the whole town, starting at parking."

According to Boutcher-West, the most suitable product for fleets offered by AppyWay is its intelligent kerbside map.

This covers 450 towns and cities in Great Britain, and can be overlaid over any map to show drivers exactly where they can park.

Boutcher-West explains that as well as working for delivery firms, who can integrate it with job card systems, and for tradespeople visiting properties to carry out work, this system also has advantages for company car fleets.

"If you maybe have salespeople going to new territories, they can look at where they are headed to, and where is good for parking, but also if challenged by enforcement, they have got a sort of digital ledger to say 'this is where I parked, this was the restriction on that zone', and unless they did something like park in a building works suspended bay, or stopped on double yellow lines, they should have accurate data with which to challenge that parking ticket."

Boutcher-West says that as well as working with fleet management companies, AppyWay can also supply data to fleets directly.

"As long as they have some sort of technical capability, or maybe they use a third party to build that sort of job card or fleet management [system], and some of them do have a sort of driver app to show a very accurate destination key," he says.

"We can handle any request that basically puts a pin in the map and says 'tell me about parking near this pin', and we can show you the restrictions nearby." 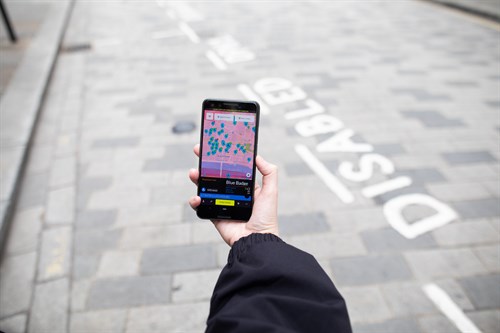 For fleets who don't have such an app or management system in place, Boutcher-West says their drivers can simply download the AppyParking consumer app as a ready reference guide. However, he says the firm's main focus is on third-party integration.

"We are not interested on being the sole driver interface," he explains. "We are interested in whoever has got that relationship, making sure they have got the most accurate information within a complete suite of services.

"We don't build any job carding, for example, we don't do any sort of mileage, fuel estimation or fleet claims.

"There are a lot of very sophisticated vehicle driver fleet tools. All we are trying to be is an additional layer of data inside that, which can also show you where parking is."

However, it is not just parking when out and about that AppyWay is concerned with. The firm says it can also help organisations to better manage their own parking facilities.

One example of this is at Heathrow Airport, where a collaboration with Liftshare, a platform that encourages people heading to the same destination to travel together, is being used to incentivise airport staff to reduce the environmental impact of their journeys to work.

Boutcher-West explains: "When [Liftshare is] paired with our system, Heathrow as an employer can then reserve a parking bay at its facility as a reward for sharing the ride, and that is a powerful way to quickly improve emissions and congestion around that site.

"What we have done is put sensors into about 100 parking bays, and the idea is to explore how those bays can potentially support 400 people, i.e. one car with four people in it.

"And there is no rushing to work in the early rush hour or ahead of rush hour to get parking. It is reserved as and when you are ready to arrive."

Boutcher-West adds that this is only one application for AppyWay's car park technology. Another example might be to open an organisation's car park to the public outside business hours.

"Why are these large corporate sites locked off at the weekend?", he says. "Taking into account security, some of that asset might be able to be available to the public at certain times of the day.

"And equally, if they have got availability of parking during the work day, why can't they promote that to other corporates nearby, to make use of their car park?"

Boutcher-West explains that the technology can also help with direct car park management.

"What is unique with the parking sensors is they are Bluetooth-enabled, so you drive in, the sensor becomes occupied, and it then invites you to effectively pair, using your phone, or maybe you have a connected vehicle that is capable already, and that means that you can say 'I'm here in this parking bay', so your site facilities manager might be able to say 'welcome', or you might have occupied a bay but not authenticated the arrival, and maybe they then have a look at that and just check that you are in the right bay.

"[It helps with] keeping visitors bays open, managing VIP taxis, all that kind of thing."

Boutcher-West identifies the expected increase in EVs on the road as an area of promise.

"Currently, electrification and electric bays aren't necessarily integrated with the parking ecosystem, and we think that is a trend that will help grow our business much, much further, because we look at the relationship between parking and EV charging as a sort of combined experience for access," he explains.

"What I mean by that is people may not be using charging bays to charge fully to 100%. They are really looking for energy for their next job, and then maybe they are charging at home again in the evening.

"And equally with workplace charging, just because you are working eight or nine hours, it doesn't necessarily mean you need to be in an EV charge bay for that full time. Maybe you just need three hours, and we can rotate that asset through the workforce to help EV uptake."