Sean Keywood finds out about one of the fleet industry's quieter success stories. 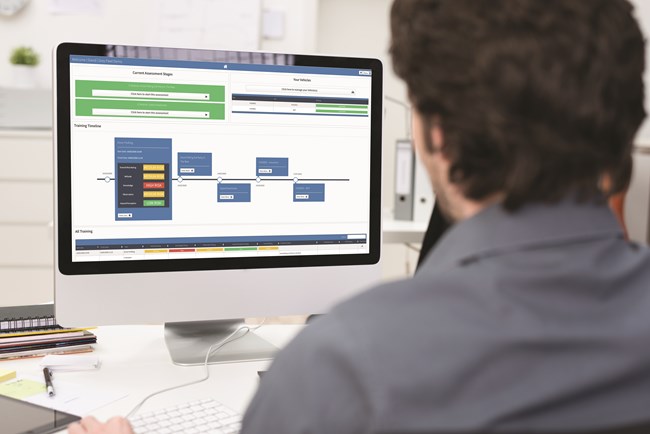 Many drivers on Business Car readers' fleets may be using E-Training World's products without even realising it. This is because the firm, which provides online driver profiling and training, and recently moved into grey fleet management software, says 80% of its business is in white label products for major fleet industry brands.

When we talk to Jonathan Mosley, the company's sales and marketing director, he explains that this approach may often see its success fly under the radar - and also makes it hard for him to put figures on the growth he says the company has enjoyed in the last 12 months.

"If you look at the insurance market, driver training, fleet management, rental, you will find many of the big companies that are offering driver profiling or online training are using our systems," he says.

"It is difficult to quantify, but I can say we are taking on an increasing number of major partnerships, which is very exciting for us, and very big household names in the industry are using us now.

"I find it interesting when people haven't heard of E-Training World, because if I am in a position to tell them who is using our systems they are usually suitably impressed."

While these partnerships are E-Training World's major focus, the other 20% of its business is direct to fleets.

Mosley says: "We deal with customers with thousands of vehicles and provide their own branded system, and they can use it as an in-house system for their fleet department, but [we] also get companies with just a handful of vehicles. We like to think we give them all the same level of service and advice."

For an exclusively computer-based firm, it is perhaps surprising that E-Training World was not founded from a software background. Instead, it initially sprang from a company that specialised in a more traditional form of driver training.

"We trace our history back to Pro-Drive, an on-road driver training company working with major fleets," Mosley explains. "In 2002 Graham [Hurdle, E-Training World managing director] and I were working together and he said, 'I think there is an opportunity to risk-assess drivers online'.

"These were the days of dial-up connections, so it was a little bit tricky, but in 2002 we launched our first online driver profiling system, followed in 2004 with a driver training system.

"At the time the focus of the business was on on-road driver training, but the online products seemed to take off so well - and we believed in them so much - that we created E-Training World to house the online product and sold Pro-Drive as the on-road business to IAM in 2007."

Mosley says that one of the keys to the success of E-Training World's products is adaptability.

"What larger companies seem to particularly like, and our white label partners, is they can use our standard content in our profiling and training, but they can also build their own modules and adapt it," he explains.

"They can build a module around areas very specific to them. Say they have issues around manoeuvring in depots, or even to help their drivers understand their own company car policy better - they have got the freedom to do that."

Another reason for E-Training World's success, according to Mosley, is a focus on not drifting away from its core specialties, instead building on its strengths in profiling and training.

However, it did step away from this last year with the launch of a grey fleet management system, which Mosley says was inspired by customer feedback.

"When it comes to training, we say [grey fleet] should be no different to company car drivers," he states. "If you have got drivers on the road, whether in a company-provided vehicle, their own vehicle, or a hire vehicle, you should still risk-assess them and train them, but the element we were not providing, and customers were saying they really need, is an easy way to manage the grey fleet drivers.

"Because it is such an onerous task checking they have got the correct documents, insurance, the car has got an MOT, it is taxed. We sat down with a few customers and said 'let's look at this process that is taking up so much of your time and see how we can improve that'." 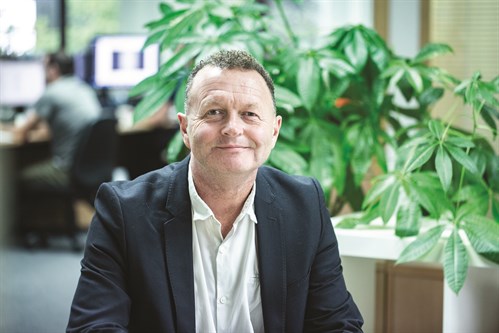 Mosley says that, previously, some customers were having to get drivers to hand in physical documents, whereas now drivers can upload documents to the system, which will then send reminders when they are coming up for renewal, which escalate as the date gets closer.

"If a day or two prior to the renewal date it hasn't been renewed, the fleet manager is made aware, and if it goes overdue the system will email the driver saying they are no longer entitled to drive that vehicle for business, so it takes away all the burden of requesting documents.

"Also in the background, we are providing a document validation service as an
additional service.

"As long as that process is ticking over [customers] really don't need to worry about it again. It minimises the workload for someone with a grey fleet to a very small amount indeed."

The system can also do compliance checks, asking drivers to confirm they have checked things like the condition of the vehicle's tyres and its oil level, and where there are areas of non-compliance, drivers can be asked to upload an image to show the fleet manager what is wrong with the vehicle.

Mosley, who says these compliance checks can also be implemented for company cars, adds: "As soon as there is an area of non-compliance, it packages up that form and emails it straight to the fleet manager."

Mosley again cites the importance of adaptability in terms of how fleets implement the system.

"Some companies might like to ask for proof drivers have had their eyesight tested," he says. "Fine, we can upload that, and tailor the wording and the emails for them.

"Some companies like a light touch, some like a much tougher approach. Some companies say 'you have failed, don't drive', some prefer to say 'speak to your fleet manager'."

Rather than launching more new systems, Mosley says the company's next immediate project is to build on work done to improve the existing products over the past couple
of years.

"Our focus in the year ahead is to do much more video work around modular training, because that is where we see the appetite for our customers and our partners," he says.

"What they want is really good, easily consumable online driver training, and with broadband speeds fantastic these days video is not an issue at all.

"What we don't believe in is a module where the driver just watches a video and clicks shut, because how can you be sure they have actually watched the video? So what we have always done is asked questions around it.

"We are doing a lot of video filming at the moment out on the road with approved driving instructors, which we can then use in our systems," he adds.

E-Training World also has aspirations to better enable its driver profiling to be used via an app, but Mosley says this is still in the planning stage at present.

Looking further ahead, Mosley says the company also has an eye on broader future trends, while still being careful not to rush into anything at the wrong time.

"We are building modules around electric vehicles, and are in dialogue with companies who are specialising in driverless cars. Even if cars are driverless it doesn't mean there won't be a requirement for assessment and training.

"It might not be the same model as today, but the way we operate our business in such an efficient way definitely frees us up to look at the future and ask those questions.

"Demand for what we do is huge at the moment. It is bigger than I have ever known, and I have been in this industry for 30 years. But you do have to keep an eye on the future so when these things do materialise you are ready to step into them.

"However, you don't want to step in at the wrong time as it could be very expensive, and something developed today could be out of date next year."