For many, 2020 has been a challenging year to do business, but as the company marks its 40th anniversary, Grosvenor Leasing managing director Shaun Barritt tells Simon Harris there were some positives for the company. 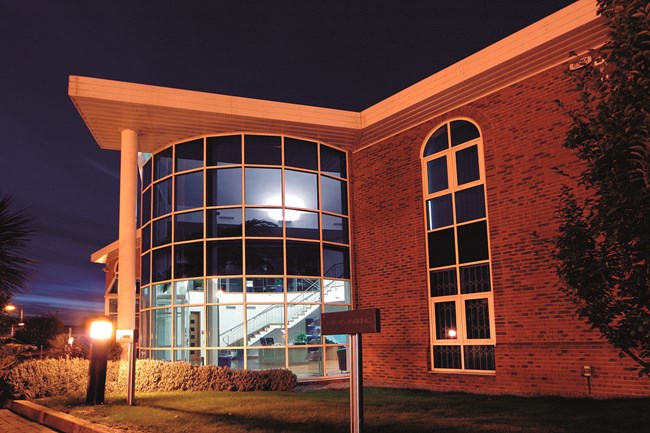 It's easy to get the impression that little fazes Shaun Barritt, managing director of Grosvenor Leasing and CEO of Grosvenor Group. His time at the company is almost as long as the business has been in existence, and he has witnessed many changes in the automotive market and the company car sector.

We talk via video conference, as has been the way with business meetings during most of the past 12 months, and he is a little surprised with how people have adapted to these new ways of working.

"If you'd asked me ten years ago, five years ago - maybe even two years ago - could we present to people through virtual meetings, I'd have said it wouldn't work," he says.

"The reality is people have accepted it. We've taken on some new clients during the past 12 months who we haven't actually met in person."

Barritt, who joined Grosvenor in 1984,  says he's from an era where there was no substitute for meeting in person, and travelling for hours on the road for an hour's face-to-face meeting, maybe over lunch, was part of how business was done.

But he is also an advocate of video meetings too, and all too often in the past appointments were regrettably cancelled at short notice mid-journey.

"I think we will have more contact now with our existing clients," he says. "It's more convenient for them and less disruptive if meetings have to be postponed.

"Hopefully we can meet our clients again, but this medium allows us to have short meetings when an issue arises. We can see our clients more readily and more at their convenience."

Barritt says that, despite the inevitable disruption from the necessity of many staff working from home during the coronavirus pandemic, as well as the impact on new car sales, Grosvenor Leasing and its associated divisions had a relatively positive year in business during 2020.

Barritt says: "Last year, many people found themselves in an awful situation - millions of people right across the globe. From a business point of view, it was a shock to the system and something totally new to us.

"But I would add that we dealt with it very well, especially our staff. We were well set up and within 36 hours we had staff working remotely. Our fleet management team was also in contact with drivers. It was a bit of a learning curve, but we didn't have too many issues with clients."

He adds that customers were also sent surveys to measure satisfaction and to find out if there was anything more the company should be doing, and to ensure they knew the Grosvenor team was still available to deal with any queries and concerns.

"We very quickly got back on track and during that period we opened a number of new accounts," says Barritt.

"We made ourselves very busy keeping in touch with our clients, but also keeping our name out there through our prospects, so that when we came back, we would be ready to start doing business. We ended up having a very good year from a financial point of view."

Barritt explains that much of that was around the fact that as the first lockdown was ending in the past summer, values of used vehicles were very strong, particularly for LCVs, of which 30%-plus of the Grosvenor fleet is made up.

"That has continued," he adds. "I'm sure we're not alone in benefiting from that, but values have taken us along throughout the year from a financial point of view. Yes, orders were down for our contract hire, but only by about 10%. So, overall the year was challenging but it worked out quite well."

Barritt is also quick to attribute the company's success during challenging times to the capability of its workforce.

"I think what we've learned over the past 12 months is we've become more adaptable - despite the situation we, and others, found ourselves in. We come out of it stronger as a business.

"I was pleased to see that not only did it work from a technology point of view, but our staff took it on very well and dealt with the changing circumstances professionally.

"From the moment the first lockdown was announced, we were able to operate with our staff working from home within 36 hours.

"And throughout we found that as long as we communicated quickly, we took our clients on the journey with us.

"We were very quick putting in place the processes and protocols for dealing with Covid-19. Our priority is always that our staff remain safe, and we've been fortunate that we haven't had too many problems.

"We also faced the challenges of being able to deliver and collect vehicles during the lockdown, and we had to produce and publish a video of the process of how we deal with those things."

Barritt says Grosvenor has evolved to offer a range of products over the years, as the company car sector has been through its own changes.

"In the old days, we were purely contract hire, but we've developed a range of sophisticated products to offer customers, and especially our fleet management offerings through our Interactive Fleet Management division.

"It has been very successful, and it has meant we've been able to offer detailed reporting and proper fleet management. We've spent a lot of time working with our clients managing WLTP emissions and choice lists, especially now there is a variety of ultra-low emission vehicles and electric vehicles available.

"We can also assist them in appraising their current fleet make-up, how it should look in the future, and help them achieve that through planning."

We were speaking a day after the government suddenly announced a reduction in the grant available for electric vehicles, reducing funding available from £3,000 per car to £2,500, as well as bringing down the maximum cost of eligible vehicles from £40,000 to £35,000.

The move was unexpected, and created a short period of chaos, as customers wanted to know if orders they placed would still be honoured at the previous levels, and car manufacturers evaluated whether they would be able to realign prices or car ranges to ensure they still qualified.

"We don't have a crystal ball," said Barritt. "No one predicted that the government would suddenly announce a reduction in the electric car grant as well as changing the qualification for it.

"But the incentives have slowly been reducing for electric vehicles over the years, so it would have happened eventually. We just have to accept it and move on."

Barritt says some customers have changed their operation as a result of the different ways of working that have been adopted during the pandemic, with people less reliant on company cars while travelling has only been for essential reasons.

But he believes there is still a huge appetite for company cars and lower mileage will also be a catalyst for adopting electric cars, and the lower cap on grant qualification could also deliver a boost to mainstream brands that have EVs in their ranges.

"If people aren't doing the same mileage that they would have been used to previously, there'll be less concern over EV range anxiety," he says.

"Some of it is just organising people's journeys better, but they will get used to it. It might drive people more into the mainstream manufacturers, as well as some brands that fleets might not have considered in the past that are actually producing very good EVs."

The favourable tax status of electric cars has prompted a well reported increase in interest in salary sacrifice as a way of encouraging employees to help in improving the environmental credentials of the 'grey fleet'.

Barritt said Grosvenor evaluated offering its own salary sacrifice product during the spring lockdown in 2020 and introducing it. It has also added a personal contract hire (PCH) product to its portfolio to help ensure grey fleet vehicles are newer and compliant.

"Offering PCH is not something we might have imagined a few years ago, but there is demand for it."

Grosvenor has partnered with Select Car Leasing for PCH and has doubled the number of staff involved with PCH since introducing it.

"We want to offer people choices," says Barritt, "Enabling them to choose what suits them best. Fleets can't have one-size-fits-all services.

"We believe PCH helps some of our customers manage their grey fleet drivers more effectively. It helps them from a process point of view and the carbon footprint. It's about ensuring we have an offering for various areas of our customers' businesses."