Smart cities, smart motorways; apparently everything is becoming smart, meaning there is a requirement for fleets to swot up and follow suit.

According to Licence Bureau, the growing number of smart motorways across the UK that rely on advanced traffic management system cameras will increase the need for regular driver licence checking because more speeding events will be captured and recorded. 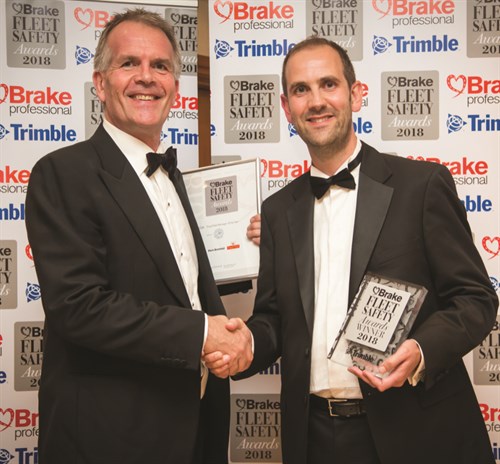 And it is not only speeding that fleets need to watch out for when employing drivers. All companies have a responsibility to ensure, as far as is reasonably practical, that the health, safety and welfare of employees is looked after in the workplace, so steps should be taken to reduce the risk presented by the driver to themselves and other road users, meaning driving licence entitlement and risk needs to be checked on a regular basis.

Formed back in 2003 with help from the DVLA, Licence Bureau was the company that created the three-year consent form and is now the number one supplier of Driving Licence verification in the UK.

"The main thing that pushed Licence Bureau right from the off was that businesses had a massive need for licence checking and more importantly, and something that is still really important, there isn't a knowledge within this area for the majority of businesses," Malcolm Maycock, Licence Bureau's MD tells us.

"As we have lost fleet managers, meaning looking after fleets is often now a procurement issue, there is often a complete lack of understanding of what the issues are with safety of the fleet and just how easy it is to resolve them. Like most things in life you will put it on a backburner when you have other things to do, but to actually have licence checking not just be in a computer system but a support programme is a lot easier and cheaper than people believe."

Over the lifespan of the company so far, Maycock says that he has met many fleets that were happy to see a licence on day one and then never again; however, things are improving.

"Don't get me wrong, this situation has moved on greatly, a bit like drink driving, as people and companies are beginning to realise it is not socially acceptable and not good practice," he explains.

Licence Bureau's 'compliance journey' begins with an employee audit identifying who does and who does not drive on company business. Those employees who are classified as business drivers are asked to submit driving licence details via e-declaration or a Fair Processing Declaration. Details are then checked at DVLA and permits to drive may then be allocated.

"If you are totally happy that your fleet is safe, know everything about what your drivers are driving and believe they have read your company handbook cover to cover, then something like this isn't for you," says Maycock. "But if you are not in that position the thing that is important is making sure you are. How are your drivers? If they are driving for a long time, are they aware of your policies on how many breaks to take?"

Maycock explains that Licence Bureau is often approached by customers saying they want things that they don't necessarily need, and that it is a result of them not fully understanding how to make their fleet safe.

Maycock says a big focus for the company is ensuring they make the processes right for fleets when they bring people into the business, when they leave, and everything that
happens in-between. 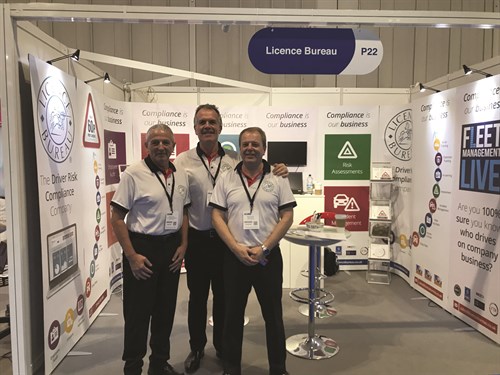 Maycock explains that, for fleets, getting the basics right is essential.

"If you want to look at cost savings we will help with that too, but first and foremost the fleet needs to get back to basics and ensure they are checking licences when they bring a new driver on to the fleet and every so often during their time there too.

"There are lots of drivers in their 30s who may have just been driving a week and in their late 20s who may have been driving since they were 17. You can't assume that just because they are old enough that they have experience and will drive safely. It is the same with cars really. You could have a grey fleet car that is two years old but has done 70,000 miles."

On the subject of grey fleet, Maycock says it would be fair to say the company has its concerns about fleets' inability to adhere to their duty of care obligations when employees use their own cars on company business.

The company recently launched an app that allows for multiple capabilities for fleet managers, not just licence checking.

"It gives your drivers the capability to add on their new car or a new named driver depending on your fleet policy, which it can be fully catered to," explains Maycock. "It cuts down admin for fleet managers as if you have 700 drivers, keeping track of their cars is going to be a nightmare if you are wearing multiple hats like most people are these days."

The app also helps fleets keep track of grey fleet cars and allows fleets to ensure they are being used according to company policy.

"The driver is able to input data such as services, insurance, tax etc, and if they don't then they won't be paid their monthly grey fleet expenses, so it is a pretty obvious incentive," says Maycock. "The onus is on the driver - it is their tax return, compliance, and the vehicle they need to drive at work." 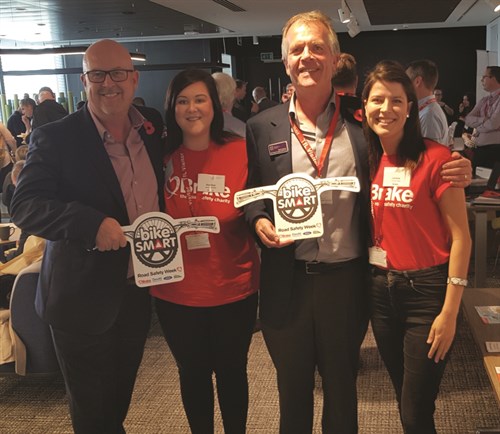 Maycock explains that if your company perhaps has a company car policy but allows drivers to drive their own cars, you have basically decided that their car is your company vehicle.

"You have given them a vehicle for work because you have decided to give them expenses or a cash allowance, so you now need to know if it is fit for purpose, taxed and roadworthy, but many fleets still believe they have washed their hands by giving cash allowances - this is not the case."

The growth in grey fleet affects management and risk profiles, with insurance cover, vehicle condition, suitability for journey and fuel efficiency all outside of an organisation's control.

"If I have people driving into my car park where all my staff are, I want them to be able to carry out that journey safely, with a full and checked driving licence and a car that is roadworthy and legal," says Maycock.

"Generally, it is not because the companies are complacent, but because the grey fleet part of their business is changing at such a pace, many don't know where to start to control it on a daily basis to keep compliance at 100%.

"We already know that of the estimated 14 million vehicles in business use across the UK, only around one million are company cars and this is forecast to reduce by a further 11% over the coming 12 months. What this means is there are a huge amount of grey fleet vehicles in circulation and organisations need to be aware of how this impacts their employee duty of care, now and in future."