Dashcams have become relatively common in the past ten years. Simon Harris talks to Richard Peak, senior business development manager at Nextbase, to find out how improvements in technology have made them more valuable than ever. 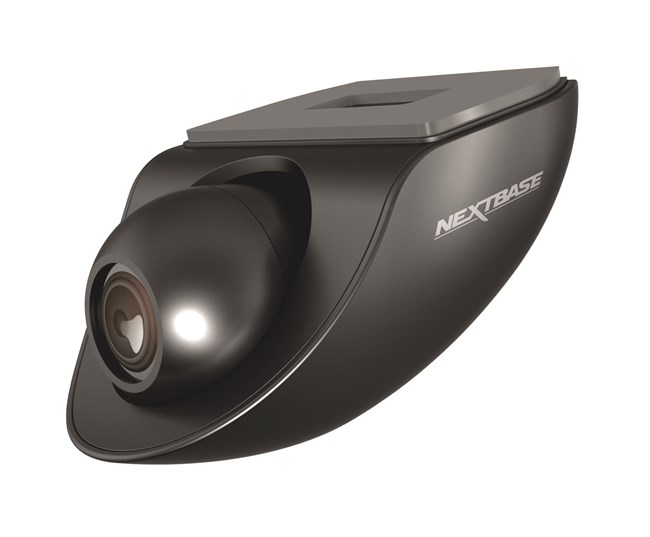 If you have upgraded your smartphone recently, or bought a new television, you have probably noticed how much clearer the images are than what they replaced.

Such is the pace of advancing technology and there are many aspects of fleet operation where the same applies.

I asked Richard Peak what the main differences people would notice now with dashcam technology, compared with a decade ago. Peak joined Nextbase almost four years ago and is the company's senior business development manager.

Although his time with the company is shorter, he is well aware of the leaps made to improve the technology.

"The products of ten years ago fell into two distinct categories," he says. "One seemed very expensive for what they were and niche products. And had little or no fitting infrastructure with them. They were clunky functionality and a cable that had to be plugged into a laptop or phone.

"The other products were low quality but more affordable, and you might have seen them at a filling station forecourt shop. They certainly didn't provide the holy grail of information for insurance companies, fleet managers or police that many might have expected. That usable data was lacking.

"But, ten years on, the technology has changed and become far more advanced, and a great deal of work has been done to improve the customer experience."

If you imagine what your smartphone is capable of now, compared with ten years ago, it's easy to point to similar developments in dashcam technology. Of course, Nextbase is not the only dashcam provider, and fleets interested in this supplement to risk management and improvement in driving standards will assess the range of brands and products available.

But Peak says one of the reasons the market has advanced to where we are now is because of Nextbase's ambition.

"We are fortunate to be able to work both proactively and reactively, bringing in both mainstream tech and product developments, as well as reactive innovations that we believe will make the roads or our drivers safer. From digital image stabilisation and Extreme Weather Mode, to What3Words and Alexa voice control, we've been able to incorporate cutting edge technology in a way that's never been done before. We've got nine 'best buy' awards, and I do believe we are pioneers in the category.

"We needed to be able to provide a robust fitting proposition that covers the whole of the UK. We've got wireless connectivity now and very simple, intuitive usability, which we all demand whatever the technology.

"We no longer supply these huge user manuals, consumers now expect that the experience will be intuitive and you can begin operating them immediately. But the most important thing is the quality of the footage, which has improved hugely in the past ten years.

"Our big differentiator is the picture quality, but we have some ambitious plans in the driving standards area, so we are looking at ways we can partner with other organisations. We're a small, nimble British company and can adapt quickly to what customers are looking for."

It's reasonably common now to observe vehicles using dashcams, although it's probably more prevalent as a proportion of the commercial vehicle sector than the car market.

But Peak says with almost 32 million licensed vehicles on UK roads, recorded in September 2020, the number currently using the technology is the tip of the iceberg, with room for many more to adopt it.

He says: "We estimate probably three million dashcams are currently being used, so there are still huge numbers of vehicles on the roads leaving themselves exposed to crash-for-cash claims, accidental parking or malicious damage, as well as the dubious standards of driving among some road users that we see daily.

"The last thing companies need is downtime and unnecessary repairs of their cars. Vehicles are precious assets. We are already paying our insurance companies £340m a year to offset the cost of crash-for-cash scams, with money built into our premiums."

Peak says it isn't for reporting a vehicle for driving through traffic lights on amber, but could ensure the police deal with anyone who has been recorded that presents a real risk to other road users.

However, I asked Peak what fleets with strong risk management policies, and perhaps already operating in-vehicle telematics, would gain from the addition of a camera able to record footage.

He says: "We have telematics data that shows driving standards improve by 34% when people have a dashcam in the vehicle. The key benefit is the ability to send high quality footage from an accident - in any ambient light - within a few minutes to either your fleet manager or your insurer, or your portal, or the police. This is what we consider to be the holy grail.

"In the past, with the lack of usable footage, I don't think dashcams had the impact that we see now.

He also says dashcams can wake up to record when sensors detect impact damage when a vehicle is parked, which is impossible for even the most safety conscious driver to avoid.

"I read recently that around £4bn is spent each year repairing damage when the driver isn't even in the vehicle," says Peak.

"I put my head in my hands when I look down the side of the vehicle, and you see a little dent and think I'm sure that wasn't there yesterday, but there's no evidence to prove otherwise."

So we know there are incidents that dashcams can capture that other technology misses, but is there anything tangible when a fleet manager could highlight savings when talking to a company's finance director?

He points to a recent consumer-focused initiative that he hopes will be expanded to include corporate customers later.

"We recently introduced Nextbase-branded car insurance," says Peak. "We're averaging a 30% saving over other policies if people take a policy out with us. That's not us firing shots at the commercial insurance industry, but we hope we will also be able to bring comparable savings to fleets.

"The average length of the claim process is about 90 days. We don't just provide the footage, but a whole data package including G-force, which can be influential in calculating the severity of neck strain injuries should they be included in a claim. We've also found that guilty parties will submit footage to resolve things more quickly. With good quality footage, we can save businesses time and money, with many cases resolved on the same day.

"And, as people know the footage can be used against them as well as for them, so it can ensure higher driving standards."

Nextbase has also been keen to support some high-profile and high-mileage fleets with dashcam to demonstrate the benefits, including the Highways Agency.

Peak adds that, while there might have been early resistance to telematics being placed in company cars, dashcams aren't seen in the same way, although they will record conversations until the microphone is switched off.

And, as many people's work depends on them being able to drive, being able to record incidents accurately can ultimately protect them.

"The whole notion of having a dashcam in a vehicle used to be like a spy in the cab. But now people feel differently about it, especially compared with having telematics fitted.

"You can turn off the microphone for private conversations so they aren't saved onto the SD card. And this aspect could be more appealing for grey fleet drivers on business journeys.

"It protects drivers' livelihoods. We don't have one licence for work and another one for other journeys. Being able to drive supports people, families and homes as well as their jobs."