In Focus: The Floow

The telematics firm's chief operating officer David James tells Sean Keywood that quality data is at the heart of its products. 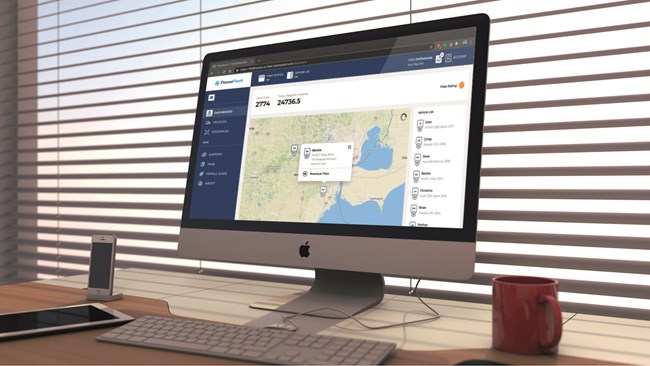 The current pace of change in the fleet industry is unquestionably rapid and that creates opportunities for newer companies to make an impact. One of these is telematics firm The Floow, though having been founded in 2012 it is practically a veteran in tech terms. In case you were wondering, that name is pronounced 'flow' - chief operating officer David James tells us the word with one 'o' had already been taken when the firm started out, leading its founders to adopt a Swedish word describing an intense state of concentration.

The company offers a range of services to car manufacturers and insurance companies as well as to fleets, but two of its current products will be of particular interest to Business Car readers - the first of which, FloowFleet, is a telematics system aimed at small fleets with a maximum of 20 vehicles.

"It is very much a risk management tool and for basic logistics as well," James explains. "It is for owner-operators or SMEs that have got a number of vehicles, perhaps for deliveries or sales, on the road, and can't really afford a mega telematics solution that people at perhaps the higher end of the market might provide.

"They are looking for simple logistics - where are my drivers, can I get them back here, who are my safe drivers and who do I need to give some extra training to, or even take off the road, from a duty of care perspective?

"So the proposition is really designed to meet that part of the market, with a simple OBD plug-in and a portal you can see on a laptop and on a phone."

The product is currently distributed through The Floow's insurance partners, but James says in the future it is looking to give fleets direct access.

"We see it as low cost, low risk, for smaller fleets perhaps looking for a simpler risk management tool," he adds.

The firm's second main fleet product is FloowKit, which targets perhaps the opposite end of the market in terms of fleet size - organisations that have developed their own in-house fleet apps to which they want to add telematics.

James explains: "We provide the software development kit for them to integrate into their app and make a telematics app, to provide them with behaviour information about their drivers."

Although FloowFleet and FloowKit are the company's major fleet focus at present, James says there is a third service that could be applied to the sector - FloowCoach.

"We identify poor drivers through collecting data, and we have a team of coaches who coach these drivers up and help them understand how they can drive better," he explains. "At the moment it is pretty exclusively within the personal lines sector, and I think coaching fleets would be different, but we have the capability and it is something we could certainly look at in future."

James says other future products from The Floow could include a lower-cost fleet option.

"At the moment we have a mobile only version, FloowDrive, which is not particularly designed for fleets, but we are certainly looking at how we can make a mobile-only proposition for fleets," he says.

"Our FloowFleet product is based on an OBD plug-in, which obviously comes with economic implications that can impact the smaller fleets.

As a business, The Floow is focused on three main regions - the US, the UK, and Europe - although James says the firm also has aspirations towards China. He says it is seeing an increased interest in telematics - partly driven by US insurance companies, but also due to an interest from fleets in terms of potential cost savings and increases in productivity.

Of course, The Floow is far from the only name in the telematics game, but James claims that where it stands out is in its approach to data.

"The biggest differentiator is the quality of our data science, which drives real understanding of driver behaviour," he says."We monitor drivers on every single second of their journeys, and gain a brand new perspective on how they view the road ahead, and how they are driving compared with other road users. 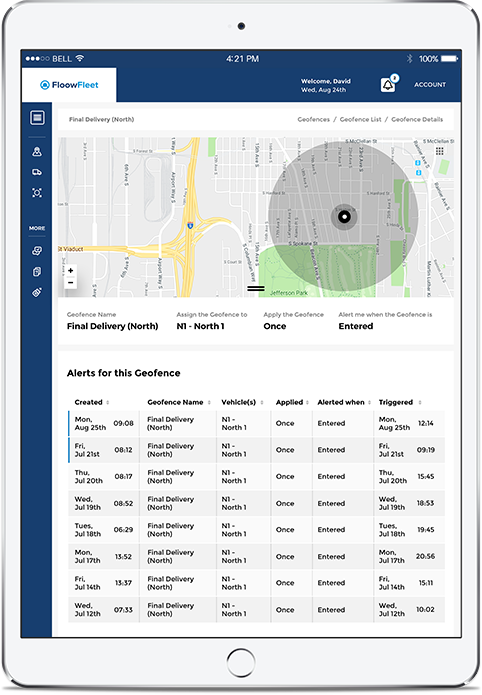 "We think The Floow fleet proposition is very well-positioned for the market, but underpinned by a high quality understanding of driver behaviour."

James says The Floow's understanding of data is sufficient to allow it to accurately identify drivers who are most at risk of having a crash.

"We know for certain if you have got a low anticipation score you are more likely to have an accident," he explains. "We have proved that over and over again."

James says The Floow's data-focused approach is an advantage in dealing with the way he sees the telematics market shifting.

"I think over the last five, maybe even 10 years, the telematics industry has been fixated on the devices that are required to collect the data.

"If you look at the competition, many of them are device-based organisations. We look at ourselves very much as a data-driven organisation. We view ourselves as almost device-agnostic. Whether data is directly from a car, or from an OBD, or from a phone, we can use that data and generate driver behaviour scores, which are the things that are fundamentally useful to drivers, insurers and fleet managers, and I think where we are uniquely positioned is that our proposition is all about understanding the data, and how insights from that data can be used by the various stakeholders."

James says the company works hard at being able to collect data from as many different types of device as possible, and sees this as a major advantage as cars become increasingly advanced.

"In the future, when more and more cars are coming fitted with telematics information, not just GPS and accelerometers, but things like whether the windscreen wipers are on or off, we are setting ourselves up to consume that type of data, which will give us even
greater insights."

It is for this reason that James sees the prospect of more widespread manufacturer-fitted telematics systems as an opportunity for The Floow, rather than a threat.

"OEM telematics is a complete opportunity," he says. "As an organisation we are mostly focused on what we need to do today, in the next three months, in the next 12 months, but we have a small team of people whose job is to say 'what do we need to look at in five years or 10 years'?

"We are constantly talking to OEMs and tier one suppliers about sensors that are being contemplated for the future and how we can best integrate with that."

The Floow's holistic approach to the future sees it consulting with the government and universities on various projects, and it is a partner in the Move UK autonomous driving research project.

James even sees tackling the issue of air quality as a potential future area of expansion.

"We are always looking to see how we can use data in other ways," he says. "When you have got data from a car every single second of the day and it is a diesel car built in the early 2000s, it gives us quite a good window on pollution.

"Does this take us into helping the government understand low level and hot spot pollution? It is not only mobility, there are lots of other ways we can take."