The salary sacrifice specialist tells Jack Carfrae how it is making hay
with the current electric car tax rates. 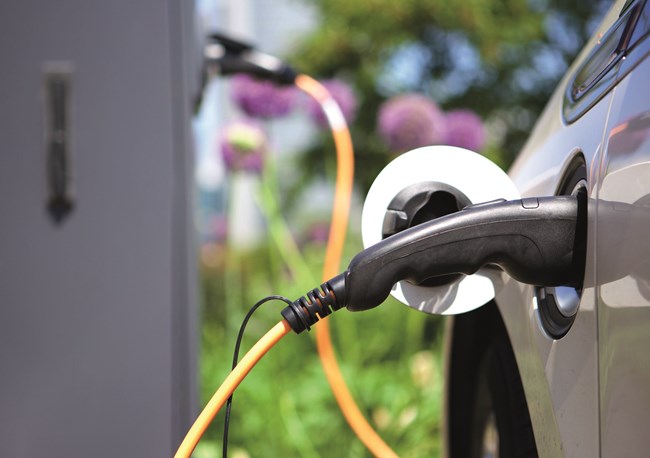 It was not so long ago that salary sacrifice had an image problem. The government effectively said it was going to write it off in the November 2016 Autumn Statement, rendering it something of a harder sell.

As Business Car reported at the time, that announcement turned out to be less of a death knell than then-Chancellor Philip Hammond's original uttering suggested. When we looked at the small print, it was more what we then described as "uncontrolled salary sacrifice", such as supermarket vouchers or double glazing, on which the Treasury was clamping down.

The move did affect cars, but they were - and obviously still are - a taxable employee benefit, which meant the likes of national insurance and pension savings remained in session and, depending on their emissions, some cars were not affected by the change at all. Even so, Hammond's statement made life trickier for anyone peddling 'salsac'.

Skip to April 2020 and life was tricky for just about everyone, but that month also ushered in 0% tax on electric company cars. Your standard-issue contract hire user chooser may be what everyone thinks of here, but the perk also extended to salary sacrifice, which suddenly became very attractive for businesses jumping on the plug-in bandwagon.

Aside from the obvious tax break, it has come to represent a viable way of luring employees without a car allowance into EVs. It can also be a tidy little perk at a time when more than a few companies have tightened their belts; one funder - not the subject of this article - recently told Business Car it was "like a pay rise".

As a result, it is no longer a bad time to be in the salary sacrifice game, and that has always been Tusker's thing. It has worked out rather well for the company, which reported that more than 25% of its 19,000 vehicles were electric at the end of the first quarter of 2021, compared with 8.5% a year ago.

Business development director at Tusker, Alison Argall, elaborates on why salsac has picked up steam over the past 15 months.

"What happened under OPRA was that, if they [vehicles] were higher than 75g/km, you saved national insurance but you didn't save any tax. [Now], if you have a car under salary sacrifice, and if the car is 75g/km or less, it qualifies under OPRA for tax savings as well as national insurance."

The number of vehicles - not just plug-ins - within that emissions bracket has obviously swelled, which is another thing that has not done the company's business model any harm.

"The product pool has grown, and you've got a really significant range of vehicles," adds Argall, "that includes hybrids and a couple of traditional fossil fuel vehicles. Hybrid has definitely got, I think, a key role to play in the transition of getting someone out of 130g/km or 100g/km-plus vehicle, and getting them into something below 50g/km.

"If you think about it, pre-April last year, they were at 16% for a car that can do 40 miles on electricity, of which there is a massively growing pool of vehicles. A little more than a year ago, you were probably talking about 200 vehicles that sat within the OPRA low emissions banding; now you're looking at 500."

In May, the company published a survey of more than 500 existing customers and 1,400 other drivers, in which 85% of the former and 82% of the latter said they drove less than 200 miles each week. Tusker reckoned the average range of the electric cars it offers via salary sacrifice was 231 miles, which led it deduce that the most drivers could see off their weekly mileage with a single charge.

"With the majority of new models offering a range of over 250 miles, drivers are less concerned about range. In fact, range anxiety has moved to range awareness, as many drivers realise they can cover their weekly miles on one charge," says CEO at Tusker, Paul Gilshan, "consequently 83% of drivers surveyed are now considering an electric car for their next vehicle, a rise from 74% in 2020."

"Looking at 2019, about 10% of our fleet was ultra-low emission vehicles," adds Argall, "Now we're looking at 65%, and out of that, 45% of that is pure electric. so it looks as though people have got it. They genuinely understand that there is a mechanism to change to electric."

Gilshan agrees, and predicts that "most of our fleet could be fully hybrid and electric in the next two to three years."

The hearty perks of electric cars are very much the anchor for salary sacrifice, and it has proved strong enough to tempt companies and drivers out of more systemic alternatives - chiefly grey fleet.

"Grey fleet management is always in the mix," says Argall. "How people manage grey fleet and how rigorous they are with it is quite varied. You might have some organisations that stipulate a car has to be within a specific age, for example, especially with cash allowance drivers - and there are an awful lot of them.

"In principle, it's great from a policy perspective, but the reality is, it's difficult to manage. How often do you really do those checks? Who's actually saying, 'Michael's got a three-year-old car; our policy is four - hang on a sec, it's a year later, so what are you doing about your car?'"

Along with the tax break, what Argall describes as the "softer benefits" have fostered the move from grey fleet to salary sacrifice. These are chiefly the obvious tyre and maintenance packages, and new vehicles that are far more likely to be roadworthy than your average employee-owned car, which is about 8.1 years old, if the BVRLA's research is to be believed. Easier management is another reason, which includes the opportunity to ditch "the dreaded spreadsheets where people are still putting in the monthly mileage".

Duty of care is another big one: "You just know the duty-of-care and well-being side of things is fine," she says, "then, of course, there's insurance, which, with grey fleet, is just about having an employee say, 'yes I've got my motor insurance and I'm covered for business use'. How do you make sure, each and every day, that that is the case?

"By putting a corporate policy within the salary sacrifice and the insurer, for example. you can ensure they're eligible to drive for business and they have the relevant cover in place."

In April, the company said average CO2 emissions of its new car orders had fallen by 15.5% from 59.0g/km to 49.8g/km in the first quarter of the year. It claimed 69% of its order bank as of the end of March comprised electric and plug-in hybrid cars, which were split 42%/27%.

At the same time, it noted a big uptick from drivers moving from grey fleet to salary sacrifice. Part of that was credited to the general eschewing of public transport, although it also reckoned a significant number came from the public sector, and cited the likes of community nurses "who need to travel for work but who do not necessarily have business use insurance cover" as prime candidates. The energy and technology/software sectors were also said to be making similar moves.

The firm added that 62% of drivers ordering cars in March 2021 were 20% taxpayers, up 4% year-on-year, while the average P11D value of vehicles ordered fell from £39,029 to £38,343 - the overall message being that more drivers from a wider range of industries and gradually lower income brackets are using salary sacrifice as a means to adopt plug-in cars.

Argall reckons it can also be worth it for vehicles that fall outside the so-called ultra-low emissions bracket: "Even a car that is more than 75g/km, you'll save your 12% national insurance if you're a lower-rate taxpayer, national insurance, and you've got to remember the mechanics of salsac is that you're getting corporate finance rates, VAT advantages for a lot of organisations [and] bulk manufacturer discounts."

Cash allowance is the other pool that salary sacrifice is siphoning. It has some relatively fresh competition from the likes of subscription schemes, many of which are offering plug-in vehicles in monthly payment bundles but, according to Argall, the former's tax perks give it the edge.

"You have some organisations that stipulate that a car has to be a within a specific age, for example. This applies more to cash allowance drivers - and there are an awful lot of them.

"If you go for a cash allowance, you've lost 32 or 42% of that before you've even gone online to look at a PCP or a PCL or gone down to the dealership."

The company has also gone big on plug-in cars on its home turf. Its internal fleet totals around 50 vehicles, which are now said to put out a collective average of 29.4g/km. It stands to reason that the staff is well in tune with the reasons for running electric vehicles, proof of which is that employees have ordered just two non-plug-in cars since 2019.