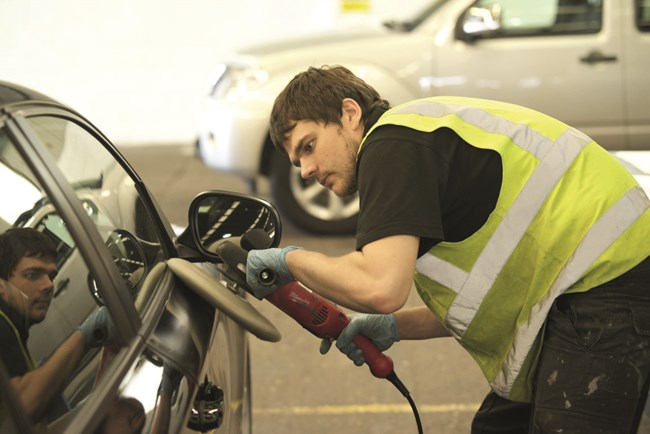 Time is of the essence, so the hackneyed saying goes, but trite or not, it is absolutely true for used cars. Quite simply, the faster you get those up for defleet out of the hands of company car drivers and through an auction hall, the more profitable they are.

Depreciation is a big part of that. According to Martin Hughes, remarketing manager at Activa Contracts, the average loss per car works out at "around £150 a month and about 2% of Cap. That's what I work to and it normally covers most eventualities." Scale that up to anything more than a very small fleet, and it is quite the haemorrhage.

Unrealistic reserves are one of the main culprits for slowing down sales, as Stuart Pearson, BCA's COO for UK remarketing explains: "The most obvious reason for a vehicle not selling quickly is that the vendor's valuation is not in line with market expectations. Time-to-sale is often overlooked in favour of price or guide performance, but all these factors are important."

"The old adage of 'the first bid is the best bid' is generally true," adds Cliff Deller, board member for the Vehicle Remarketing Association. "When you're setting a reserve, it's got to be realistic, because if you don't sell that car, as time goes on, it will be worth less and less."

There are more subtle reasons and hidden expenses amid the defleet and sale processes, though. Pearson reckons holding costs are often "out of sight, out of mind", but assures us they have a real impact on the seller's bottom line, while many believe complacency is a big reason why vehicles take longer to sell and make less than they could, because entrenched practices and simply clearing the stock take precedence over real scrutiny.

"The guy sitting there thinking 'I'm getting my 95% of Cap, box is ticked, I've done what I could do' - he could get 100 or 105% of Cap for some of that product, but he's not thinking about that," says Philip Nothard, Cox Automotive's insight and strategy director.

"There will be a better way of doing it [for a lot of fleets]," claims Hughes, "if you can get it down to two weeks to hand it over to a retail customer, that's probably a realistic time frame."

He adds that Activa's average period from defleet to sale used to be "about a month", but the company reduced it to "usually within 10-15 days but sometimes single figures" by moving refurbishment in-house.

Being both a leasing company and a branch of the Arnold Clark dealer group gives it a foot in both the funding and the remarketing camps, but the company previously contracted out its logistics and repairs to an external supplier. It took direct control of the latter element by establishing a refurbishment centre in Nottingham.

"There's always about three or four days of admin for it to actually get to the stage where it's marketed online - pictures taken, for example - but at least it's available to actually show to people on a website," explains Hughes.

"Once we've completed all the paperwork and everything that needs to be done, the car's normally finished refurbishment-wise. That has cut the time right down."

Such a move is clearly not without investment, which is when it helps to be part of the country's biggest franchised car retailer, however, Hughes reckons it has saved "a substantial amount of money. That doesn't include book drops either - it's just the efficiencies of moving the project in house and the time frame of bringing the car to sale."

He believes time-to-sale is often dragged out by "having too many stakeholders with too many ideas about what they want to do", and echoes Nothard's theory about entrenched practices. "A lot of this stuff has been done for 20/30 years and hasn't changed, and a lot of the barriers I've found have been 'we don't do it that way, we do it this way'."

Activa's example proves that savvy remarketing managers can be worth their weight in gold, but such personnel are sometimes grossly undervalued by the leasing industry. Anecdotally, Business Car understands that one of the UK's top three contract hire companies is disbanding its internal remarketing department and sending cars directly to its external partner. That is not to say good remarketing specialists do not exist - they do - but in-house specialists are arguably an area in which the leasing community should invest if it actually wants to exploit the profits of used vehicles. As Deller puts it: "The better operators will have someone on the ground in the auction centre, who's holding them to account."

There is one exception when speed is not everything - seasonality - but even that requires finesse to generate the best prices. Timeliness and knowing the market are important here, as it can literally pay to wait until a certain date to sell cars. Convertibles are the most obvious example because they always make more money when the weather is better, to the point where the valuation difference outweighs the holding costs.

"Some of the manufacturers got pretty smart about that seasonal remarketing," says Nothard, "years ago, BMW - rather than putting all of the cars into the market when they came off contract - actually started putting convertibles into storage. If they had any Z3s coming off contract in November/December time, they'd either extend them or put them into storage, and release them into the market later on."

The same applies at Christmas, which, in a normal year at least, is the slowest time for sales. Untimely, defleets can be an affliction of accountancy-led organisations, which often want their stock moved and spreadsheet cleared by a certain date, but that does not acknowledge the time of year or what the used car market is doing. Fleets or funders with vehicles for sale in late November or December would be wise to hang on to them until the New Year, when activity and values usually start to pick up.

Upstream remarketing is another way of speeding up sales - or at least getting an early indication of the state of the vehicles before they are sold. From a fleet's perspective, it usually involves communicating with the driver ahead of the defleet date - Activa has an app that does exactly that - and has the double effect of highlighting chargeable damage before a bill appears.

Nothard is convinced that it will become more common "as we move into the world of subscription and connectivity, [because] you'll have an increased exposure to all of the information you need.

"You'll know the mileage on that vehicle and the cycle, so we can start to predict things, and it can come back into the market when the time is right."

There is nothing stopping the industry from being that communicative now, even those in the business of traditional forms of funding such as contract hire - it simply requires a bit of forward planning.

"They can feature those cars from that vendor early on and the whole thing is knitted together - that's what needs to happen, but I don't think it works very well at all. I think it's very inefficient and there's a big opportunity for people who own fleets to do something about it.

"Even things like driver sales - if you can put that driver into that vehicle, you've got no remarketing costs whatsoever, so it's just a case of having a strategy in place at the very beginning."