Remarketing: All present and correct

Time and again, remarketing specialists watch fleets sell cars for less than market value because of frequent and easily correctable mistakes. Jack Carfrae asks what they are and how they can be rectified. 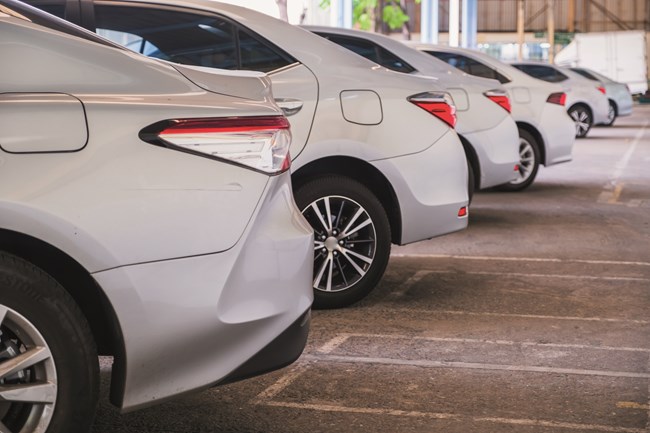 You might be impressed by the figures your vehicles have racked up in the second half of the year. The used car market's traditional summer lull was virtually non-existent and BCA's average sale price has been comfortably north of £8,000 since June.

Dealers are still clamouring for stock, too - they were before the pandemic, and the logistical snarl-ups have made good used cars even harder to find. Suffice to say, post-lockdown second-hand vehicles are one of the few economic success stories of the year, so you could be forgiven for thinking that, for now, there is little to do beyond feeding the auction halls.

That is true to a point, but a strong market only equals better overall values; maximising the amount of money each vehicle brings in is an entirely different matter, and often neglected by fleets. Your used car balance sheet might look healthy, but it could probably be much better with a little effort and due process, to catch the things that are all too frequently glossed over and nibble away at residual values.

Provenance, as the remarketing industry likes to call it, is the big one. That means all the documentation, plus the bits and pieces that came with the car in the first place that, obvious though it sounds, are regularly absent when the thing goes under the hammer.

"We talk about the remarketing basics a lot and these remain just as relevant," says Stuart Pearson, BCA's remarketing COO. "Ensuring that every vehicle has the appropriate documentation from V5 to service history, describing the vehicle with all of the add-value specification, and also providing equipment such as locking wheel nut keys, parcel shelves and, increasingly, charge cables, are must-haves, not nice-to-haves."

Of those, service history is widely considered the most valuable. Manufacturers with digital records render it easier to acquire, but someone still has to make it available to buyers and, online or physical, its presence is "the difference between a clean car and an average car", according to Derren Martin, Cap HPI's UK head of valuations.

"One of a fleet's biggest drivers is time to sell," adds Martin Potter, Aston Barclay's group managing director. "They want to go from termination of the contract to encashment as fast as possible, and things that can delay that are not getting the logbook, service histories or MOTs as fast as it [the car] is being collected or arriving on our sites.

"Sometimes they're held elsewhere and, during Covid, we've sometimes had a bit of an issue where [vendors] are holding V5s either at the DVLA or Docusave or something. Maximise your return by making sure you've got all the provenance available for the sale."

One of the difficulties for fleet operators is, where drivers are involved, actually getting them to produce the paperwork or the components that are not physically attached to the vehicle. If that is a real and repetitive issue, then it is time to roll out some standard practices and consequences.

"There should be internal processes that say to a driver . make sure you present the handbook, the service book, spare key and so forth," adds Cazana's director of insight, Rupert Pontin. "The driver needs to have that as part of his new car/old car handover process, and it would be logical that, if they decide they're not going to hand something back, [the company] is going to take £50/£100/£200, whatever it might be, out of their salary, just as an incentive to get people to do it. It is possible - it just requires somebody to be determined."

Beyond those accoutrements, one of the most common alleged difficulties for fleets is actually knowing what the car is, which might sound obscure, as differentiating a 3 Series from an A4 is easy enough.

However, certain trim levels and bits of equipment are trickier to spot, the former courtesy of discreet or potentially non-existent badging and the latter even more so with the omnipresence of near-invisible electronic driver aids. Multiply that by the number of vehicles sold at any auction and it is not difficult to see how a generously specced car could be confused for a more junior - and much cheaper - model. A bargain in disguise, if you like.

"Often, a particular driver might have ordered lots of optional extras that aren't immediately obvious by Cap ID," says Potter of Aston Barclay. "That's often something people miss. If they can inform us of exactly what optional extras that car had when it was new then we can obviously ensure that we're marketing that when we're selling it."

This even extends to seemingly more obvious elements, such as paintwork, as BCA's Pearson explains: "On many modern vehicles, identifying the correct manufacturer colour along with the additional equipment is not always an obvious process, and therefore providing this information becomes crucial at point of remarketing . it can add significant value."

Pontin actually considers vehicle identification among the biggest issues for fleets and remarketing companies, and claims a great many vehicles are consistently sold for less than their true worth.

"Generally, a lot of fleets still don't pass that information across to the auction companies. I don't think either of them are very good at identifying what optional extras they might have on a vehicle, understanding what that option is worth and how desirable it is. As a result, a number of cars do get undersold, just because [sellers] do not understand what they've got sitting in front of them."

The best way of preventing this is a VIN lookup service, typically offered by data/residual value specialists, among others. There is a cost per car, but, according to Pontin, most sellers do not want to pay the extra for it, despite the promise of a much better return.

"We find it very, very difficult to sell full VIN lookup to customers because they just say 'I'm not paying that much'. You might have a deal in place where they are looking up large volumes of vehicles for 20p, 30p a lookup, but they won't add that extra £1 or £1.50 - whatever it may be - to find out the exact spec, which is terribly narrow-minded. That, followed by an element of automation to understanding what that option is actually worth on a vehicle at a given age, is the only really, truly good way."

Another big worry for fleets and funders is the industry's swing from traditional company cars to cash allowance, courtesy of the government's questionable BIK structure. We exempt electric vehicles from this, but Business Car has previously highlighted that far fewer personally leased cars come with maintenance packages, compared to business contract hire, where it is typically bundled in. The incentive for regular servicing is lower when it comes out of the driver's own pocket, and various members of the fleet industry have voiced concerns about a correlative rise in the number of cars lacking proper maintenance arriving on the used market.

As Martin explains, such vehicles are guaranteed to be the first to shed their value: "You don't get the reminders about getting the maintenance done, so yes, that will have an impact when the market turns. At the moment, it's fantastic, but every single time the market starts to turn it's the poorer-condition cars that stop selling first."

According to Pontin, the issue has existed for a long time - only the cause has changed - but the result is always the same: cheaper, less desirable cars.

"A company I worked with early in the noughties was taking cars back [from a leasing firm], a lot of which had been sold by brokers on non-maintenance contracts to people who drove them for two years and just sent them back - no service, nothing. I think that was the point when auction companies started to really push the inspect/collect service."