The see-saw that is petrol and diesel sales has created an imbalance in the used car market. Jack Carfrae delves into the past, present and future of second-hand prices. 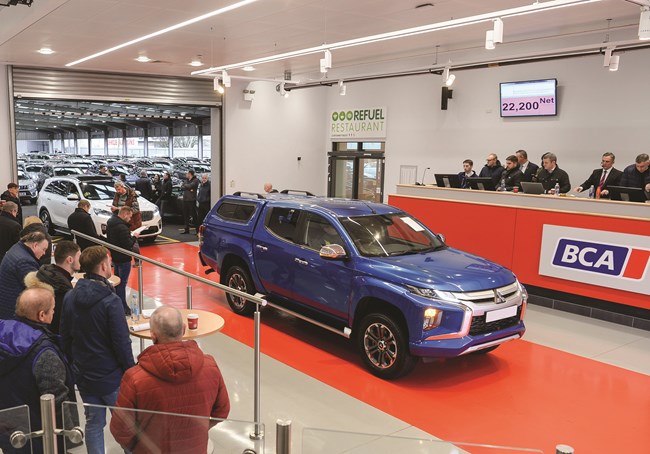 Should I still buy a diesel?' is, these days, one of the first questions uttered by almost anyone in the market for a new or used car. Those of us who work with vehicles - be you fleet manager, leasing company or journalist - will have heard this before, as we usually serve as a sort of quasi consultancy service for friends and family in need of a new set of wheels.

The diesel query has now been cropping up for years, fuelled in part by the 2015 Volkswagen emissions scandal, and the ensuing and extremely long-winded period of bad press. Factor in mushrooming clean air zones - which typically make zero difference to Euro 6 cars registered from September 2015, but never mind that - a healthy dose of misinformation and typically higher list prices than equivalent petrols, and you can, to a point, forgive Joe Public's downer on the black pump.

New car sales speak for themselves. Diesel registrations fell by 21.8% in 2019, leaving it with a 25.2% market share - a shadow of its recent former self. There has been no sign of improvement since the start of the year, either, with new diesel sales down 33.3% year-to-date according to the SMMT's March update.

Much of the aforementioned has led to a belief that diesels become worthless the second they leave the forecourt, but the truth is quite different. The used car market's law of supply and demand means the less of something there is, the greater its value, assuming buyers still want it - and they do.

"The used diesel side of things is pretty stable," says Rupert Pontin, Cazana's director of valuations. "For the last few years, the new diesel market has taken quite a hit, but I think the outlook, certainly for 2020, should be pretty good, because there is still consumer demand for those vehicles. Anybody with diesels coming back should be feeling pretty confident."

"Demand for diesel in the used sector has remained strong and, for many used car buyers, diesel will remain the preferred fuel type, as it offers great economy and typically lower running costs," adds Stuart Pearson, BCA's COO of UK Remarketing.

"There will continue to be demand for diesel in segments where it makes sense, such as SUVs, and as clean air zones are announced in cities around the UK, we expect to see demand rise for those exempt vehicles with the latest clean diesel technology."

Admittedly, values did experience a brief wobble off the back of all the vitriol, but that has been and gone, as Martin Potter, auctions managing director at Aston Barclay, explains.

"Diesel took a little bit of a downward trend on price, but I think some of that was just a bit of levelling," he says. "It dropped, but [our] prices were a fairly consistent £8,500 right the way from 2017, all the way through every quarter, through until end of quarter four 2018.

"Then, in quarter one 2019, the average price did drop a little bit, to about £7,500, but it recovered, and reached over £8,000 by the end of quarter four [2019]. So, actually, [values are] still very strong, and I think a lot of that is down to the fact that there is obviously short supply and still high demand."

Almost the exact opposite happened to petrol cars. They are certainly not worthless, as the overall used car market is currently doing well, but they went through a somewhat artificial phase of being flavour of the month, as trade buyers paid over the odds to get them on their forecourts.

"There was a spike in petrol values because, all of a sudden, dealers said, 'oh crikey, diesel is bad, we have got to go and spend a fortune to get some petrol cars on the forecourt because that is what everybody will want,'" says Jason King, director of valuation services at Keeresources. "Actually, they overcooked it, and people paid too much money for petrol cars for a good 18 months."

The increase in new petrol car registrations - they made up 62.3% and 64.8% of the 2018 and 2019 markets, and 60.9% in the first two months of this year - has taken the edge off nearly
new prices. Average values of sub-one-year-old/sub-12,000-mile petrols have been on the decline for some time, according to Cazana's figures, which show both gradual and, at times, severe drops. They fell by 2% during 2019, and by 6% between December and January. The real tumble, though, came in September 2019, when values plummeted by 14%.

"The interesting blip we saw [with petrol] was a significant drop in retail pricing during September 2019, then a climb back up between September and November," says Pontin.

"This is likely to be due to the fact that there was a significant volume of vehicles pre-registered due to RDE regulations in September, which then came into the used car marketplace, and there had been quite a push by the OEMs to move petrol vehicles rather than diesels. I think we found ourselves in a situation where there were too many petrol cars trying to push their way into the market for a period of time."

He thinks petrol values could be in for a pasting this year if manufacturers really open the floodgates to the used car market.

"I am expecting to see petrol RVs come down probably around 3-4% [this year]," Pontin says. "It depends how those cars come back into the marketplace, in what volume and at what time. If they [manufacturers] are staggering them more carefully - and that can be done because of new car activity, i.e. not letting people out of PCPs early - then I think we will be around 3% or so [down], but if they start coming back in big chunks, I can see quite a bit of damage."

The longer-term outlook is a mixed bag for both fuel types. The already large desirability gap between small petrol and large diesel cars is set to widen in the former's favour because, as King puts it: "Supermini diesels are certainly not flavour of the month, and even Golf-sized stuff is starting to wane. [but] I still don't understand why people want to pay a lot for petrol Range Rovers, Touaregs and X5s, because they cost a fortune
to run."

He believes values of both fuel types will eventually level off, particularly for upper and lower-medium models.

"We always thought three-year-old cars, ex-fleet stuff - certainly C and D-sector products - would end up at parity," King says. "There won't be as many [diesels] to choose from, but I don't think you will have to pay more than you would for a petrol, because there will be plenty of petrol cars around of 100hp, 130hp, so why wouldn't you go for a diesel of similar output if it suits you? I think this is where we are getting to, and it is what we are forecasting at the minute - cars of those sectors pretty much level pegging going forwards."

Over a long enough timeline, the future could be bleaker for used diesels - but we are talking very long term, when plug-in vehicles are properly established and really start eating into internal combustion engine sales.

"What we start to see coming out of the fleet market in the next three or four years will change, and as the supply begins to drop off, I think the demand [for diesel] is still going to be there," says Potter.

"Unless you are living right in the city, diesel still works perfectly well for the end user, because they are great on mpg. There will come a tipping point when, at some stage, there are so few of them around that I am sure they will become a rarity, and then they [values] will drop right off a cliff and the cars will become undesirable - but I don't think we have got that situation happening for quite some years yet."