Remarketing: Give me just a little more time

A swathe of lease extensions looks set to ladle on the bills for businesses. Jack Carfrae asks how best to handle them - and end-of-contract charges in general. 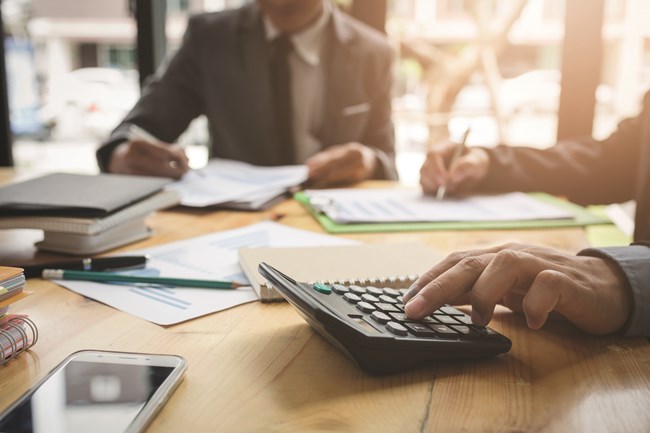 Contract extensions became run-of-the-mill when the pandemic took hold in March. First, they were more or less enforced, as the logistical side of the industry - along with anything else not marked essential - shut down. In addition to those lingering difficulties, many fleets eked out contracts as a money-saving measure, which added to the already substantial pile of vehicles running beyond their original lease terms.

From an operator's perspective, it is a quick fix. The employee still has transport, the lease rate should not get any higher, and there is no commitment to a long-term contract. However, this would not be the first time we have pointed out the potential ill effects of extensions, primarily on cost grounds. According to Epyx, the three-year point - just when the first MOT is due and many a manufacturer's warranty dries up - is about the time things start to get expensive.

"It seems like an obvious gain to defer replacing vehicles because it looks as though you are saving money when budgets are under pressure," says the company's commercial director, Debbie Fox. "However, the truth can be different. If you examine the cost of SMR over time, it tends to rise quite quickly as the vehicle ages. you may find that you will have to buy a complete set of tyres or pass the point at which a major scheduled service is due. For some vehicles there may even be relatively expensive one-off costs such as the replacement of a timing chain."

This does not exactly bode well when they finally reach the defleet stage. Factor in the allegedly large number of company cars "sat on people's driveways for months", as the AFP's deputy chair Stewart Lightbody suggests, and the industry appears to be facing a glut of older vehicles in less than perfect shape.

"We've had challenges from the start of lockdown where people wanted to hand [cars] back because they'd got no use for them - but no one was in a position to come and get them," says Lightbody. "[The leasing company] then comes to get it four months later, it doesn't start, the driver's had to park it on the road, and people have been hitting it."

Activa Contracts has seen a greater number of fleets returning vehicles early than it has extensions. The firm told Business Car a number of its customers had reduced the size of their fleets to save money, rather than keeping vehicles for longer. Given the territory we are wading into, the maths might well stack up in favour of such an approach, even if it involves swallowing early termination charges.

However, remarketing manager Martin Hughes says there has also been an increase in vehicles returned without refurbishments: "We have a number of customers that like to have their vehicles refurbished so they're not subject to any end-of-contract charges. We prefer it because, as soon as we get the car back, we can move it on. but some of those customers are just sending the cars back as they are, and we've had to charge damage to them where, in the past, we possibly wouldn't have."

This, he says, is less down to a reluctance to pay for repair work; rather, it's the huge backlog at body shops, much of which is down to furloughed staff. "They are simply saying there isn't the body shop capacity to deal with the number of cars that are going through.

"To give you an example, we've got, I think, 30,000 MOT slots available to us in September throughout our network, but we know that 65,000 MOTs need to be carried out. The demand is absolutely out there but there isn't the commercial availability."

These end-of-contract hurdles are not going anywhere for the time being and, assuming fleets want to avoid an increase in expensive charges - which are usually near the top of their list of biggest gripes - it will pay to think a bit smarter not only about how long you keep your vehicles, but also what you do before you send them back.

BCA's COO Stuart Pearson is a fan of so-called upstream remarketing: early inspections ahead of the collection date to catch costly condition issues before they turn into a bill. "There is a range of benefits from moving the inspection process upstream, and mid-term inspections allow asset owners to put in hand any necessary remedial work well in advance of any remarketing activity.

"The company driver or lease customer can see a clear audit trail and have a greater understanding of why charges have been levied. Additionally, a higher percentage of damage is being identified and rectified earlier in the remarketing cycle, shortening time to sale, reducing holding costs and potentially improving residual value."

However, Lightbody believes such techniques are tricky to implement in practice: "I find it really difficult to get people to buy into it. We've done stand-down days where [drivers] have come in for things like training and obviously we get to talk. Then we do a vehicle condition survey and find no end of illegal tyres, scratched windscreens, mirrors missing. We ask them if they've reported it and they say 'no'."

He believes the reluctance to flag up damage often stems from employee assumptions that they will end up in hot water, which is at loggerheads with a fleet's best defence against inflated charges: a solid paper trail.

"It's more about getting them - whether it be the employee or their manager - to talk about the vehicle and understand that we're not going to sack them if they report something.

"Any end-of-contract charge that comesacross my desk I just put it in dispute until I can sit down and go through it - if need be, with a fine toothcomb. If it's £100 I'm not going to bust a gut, but they tend to be well into four figures, so you have to ask 'where's my signed collection sheet?' - acknowledgement that our driver or an agent of our organisation has signed to accept that damage is present. If they haven't got one, I'm not going to pay it."

Lightbody believes that remaining in contact with drivers, though again not necessarily easy, is among the best ways of keeping tabs on a vehicle's condition and being approachable.

"It's always a challenge, staying in touch with your drivers, especially when they are furloughed, but if you do you know when and where those vehicles are going to be back and it helps to get the drivers to be honest about the condition," he says.

Hughes agrees that communication is one of the best of ways to minimise charges, so much so that Activa Contracts actively pursued custodians of its vehicles during lockdown and asked them to dig up frequently lost ancillaries.

"We were sending emails out to fleet managers while their staff were on furlough or working from home, prompting them to use this opportunity to say 'where's that parcel shelf?' or 'go and find your spare key'.

"We avidly advised fleet managers to make sure those bits were in the car and available at any one time because [the fleet] could end up making a decision next week that they don't actually need the car, or the driver will be moving into somebody else's, a daily rental vehicle or whatever."

The likes of missing keys, SD cards, charging cables and other loose accoutrements are notoriously difficult to replace and equate to the biggest charges, so a quick automated message might save the business a packet.

If nothing is missing and vehicles are ready for collection, the defleet process becomes that much quicker too, which is a boon under normal circumstances, let alone when a fleet is being trimmed down or contracts lengthened.

"If you want to get rid of your car quickly it's sometimes pointless paying another £400 in [monthly] lease charges," adds Hughes. "If the damage on your car is going to come to £400, you might as well send it back."