Jack Carfrae charts the used car market's rapid ascent out of lockdown to the meteoric prices on today's forecourts, and asks how they might fare during the rest of 2021. 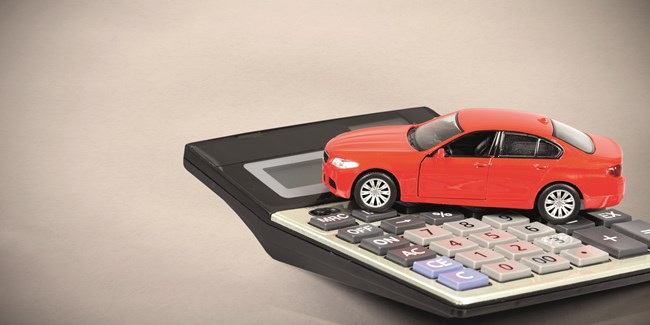 The phrase 'the perfect storm' comes up a lot in reference to today's used car market and, platitude though it is, it is not wrong. Average sale prices might as well have been fired from a cannon when Joe Public was allowed out to physically buy vehicles again, chiefly because there are not enough of them to go around. The semiconductor shortage plaguing the new car market has steered many buyers towards a more freely available second-hand alternative - but even that is an overstatement.

Used car supply has not exactly been abundant for a long time - dealers were citing it as a problem before the pandemic - so tot up the keen post-lockdown customers, many of whom want used instead of new, along with 2020's glut of factory shutdowns and contract extensions - neither of which upped volumes - and you can see why second-hand vehicles are both scarce and expensive.

Values, however, were nowhere near as strong at the start of the year. Sales were kept alive by online-only auctions and, for dealers, the click and collect services established earlier in the pandemic, both of which were far slicker by the time the UK's winter lockdown came along.

Alex Wright, managing director of Shoreham Vehicle Auctions, details the market's nuances since the end of 2020: "We came into another lockdown at the end of the year and prices dramatically dropped. Sensible buyers started buying before Christmas.

"Click and collect kept the dealers ticking over, but the mood from buyers was 'we want to sit in them; we want to see them; we don't want to buy them blind'. The market was very subdued, and we just bumbled along."

Wright's comments with Cap HPI's valuation figures, which were on the downward spiral from the back end of 2020. Prices dropped by 2.1% in November, by 3% in December and continued to slide by 1.4% in January and February and by 1.5% in March 2021. While a reduction in prices would not be uncommon on the approach to Christmas, they would typically gain some traction in January in a normal year. "They were all bigger drops than we're generally used to," adds head of valuations Derren Martin.

Then came 12 April, when the traps opened for large portions of the UK economy. Cap's values rose by 0.1% that month, which benefitted from about two-and-a-half weeks of open showrooms. Things really got moving with May's 2% hike, but the 6.7% leap in June was "unbelievable", according to Martin.

"I've worked here [at Cap HPI] since 2013 and some of my team who have been here double that. We've never seen anything like this.

"It's partly due to the stock shortages that have happened in the past, but it's also concern about the future and the semiconductor issue, which will mean less new car registrations over the summer, so again, that's less cars coming back into the used market," he adds, "the dealers are basically fighting over stock, because they don't know what's next and they can't sell an empty forecourt space."

We have often written of a two-tier market on these pages, where the cleanest used cars - good colour and spec, little or no damage; wipe it down, stick it on the forecourt - always attract plenty of bids and money. Not so much for less desirable vehicles in poorer nick that, in industry speak, are usually fours and fives, according the National Association of Motor Auctions' condition grading system.

Martin Hughes, remarketing manager at Activa Contracts, puts those figures into a leasing firm's context: "I have emails I sent in April for drivers looking to purchase their car in June/July when they leave the business, and I quoted them prices that I look at now and think 'what were you doing?' But that was what the car was worth then. They jumped in May, and they really jumped in June."

Ex-fleet and lease vehicles have been doing especially well. Barring a slight drop towards the end of May, from an admittedly high base, BCA's average prices for ex-corporate stock rose from £11,996 on 15 March to £13,250 on 31 May.

Martin adds that younger used cars, within that three-year-old bracket, are seriously hot property: "There aren't that many younger used cars out there because of the [low] registrations last year. Cars up to three years old, especially under one year old, are absolutely flying off the shelves."

He also points out that the current trend is not a repeat of the market's performance after 2020's inaugural lockdown, when older cars became particularly valuable. Used car buyers' motivations are now different.

"It's not that older cars aren't doing well, but just not as well as newer ones. There was a bit of a panic buying last year - 'I don't want to go on public transport so I'm going to buy an older car'. What we are seeing now is that people have saved money over the year - they haven't been on holiday or going out; they're called 'accidental savers' - and they're buying something nicer."

Fleets and leasing companies with vehicles to sell are clearly laughing (if you happen to have vans as well, then they have been cash cows for months on end) so the advice is to ship them off to market as soon as possible - assuming you have new replacements lined up.

Auction companies will be glad of anything you can give them. They might be making hay with stratospheric prices, but they are just as up against it as the dealers when it comes to locating stock. The semiconductor shortage appears to be in it for the long haul, and if consumers or fleets cannot get hold of new vehicles, they will continue to look to used or just keep the ones they already have, further boosting demand and constricting supply.

"The auctions would like more stock," explains Martin, "some of them are really worried about what their levels are like."

"Conversion rates will be high, but our stock will be low, so, commercially, auctions are going to have a very rough time over the next few months," says Wright, who, along with everybody else, expects used car values to remain bonkers for the rest of the year.

"I would totally predict, with an awful lot of confidence, that prices will be very high," he says, "leasing companies and rental companies will not be able to sell the vehicles. they'll still be using them because they can't get the next lot in. So, until that sausage factory starts moving, we're going to be stuck in a bit of limbo."

A secondary issue for leasing companies is how they set residual values on new vehicles with levels as they currently are. Predicting the long-term future of RVs is extraordinarily tricky at present, so do you incorporate the existing boom or assume vehicles will be worth less when they reach the end of their term?

"RVs have gone up to a point where I don't think they are really viable in three or four years' time," says Hughes, "we were quoting identical vans on identical contracts in March and October 2020. The March one had an RV of £6,900. In October, the RV had gone up £1,500 - same van, six months later.

"There's never going to be a better time to lease your car, because the risk is absolutely to leasing companies."