Jack Carfrae asks how the remarketing sector is exposed to the massive staff shortage plaguing countless industries and what it means for fleets. 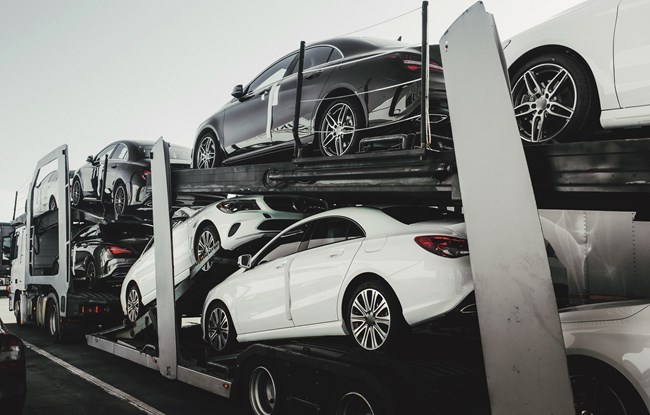 Shifting and selling ex-fleet cars is like an airport baggage carousel. You hand over your luggage (keys), watch the thing trundle away and forget about it as soon as it is out of sight. Yes, you care about getting your bag back - not so much a car that never officially belonged to you in the first place - but both are spat out at the end of a long and winding process to which the person at either end pays little or no attention, until it becomes more complicated.

That is exactly what is happening with the remarketing industry. Along with many others, it is facing a mounting logistics crisis with the potential to do real damage to its core services - in this case, moving vehicles from A to B.

You are likely familiar with the UK's current dearth of HGV drivers (the Road Haulage Association says there are 100,000 fewer than needed) and may even have walked past the odd bare supermarket shelf; the two big themes of our times - Brexit and the pandemic - have a big part to play. The former has caused a mass exodus of European drivers, who made up a large part of the profession, while enforced isolation for those either with or just a bit too close to Covid-19 has taken a chunk out of many an essential workforce, and the recent but seemingly short-lived 'pingdemic' hardly helped.

Then there are fuel costs. In July, the RAC reported that a litre of unleaded had reached its highest price in eight years at 132.19p, while diesel was 134.32p, its highest point in two years. In short, all of this makes it more difficult and more expensive to move products around the country, and that applies just as much to used cars as to milk.

While other sectors have resorted to waving cash at new drivers and government lobbying, the remarketing industry is currently less exposed (fuel prices excepted) for two reasons. The first is widespread vehicle shortages - there are simply fewer to transport.

"Recently, we've been lucky, because. the number of vehicles moving around has been muted, but it will become a problem if the vehicles start to come through in any numbers," says Louise Wallis, head of the National Association of Motor Auctions (NAMA).

Second is that auction companies do not rely entirely on HGV drivers, as Andy Pearce, managing director at CD Auctions, explains: "If you're looking at bulk transport then there's definitely a risk, but individual vehicle transport - plated drivers - are slightly less at risk at the moment. That base doesn't seem to be as affected, and there are lots of people of a certain age who like the flexibility of being a plate delivery driver for an auction company."

He concedes, however, that supermarkets and still-booming home delivery services have also ladled on the competition for drivers, which extends to light vehicles that do not require an HGV licence.

"The risk is losing drivers from vehicle logistics to the Amazons, the Ocados. They're desperate for drivers, the pool is limited and we might not be able to replace them.

"There's now a huge element of sign-on bonuses. Even before the driver starts, they'll get a sign-on golden handshake, increased rates and sometimes even better hours."

At the time of writing, Tesco and Asda were offering a £1,000 signing-on bonus to new HGV drivers, dairy giant Arla had doubled it and logistics company Gist reached the dizzy heights of £5,000.

Drivers may be the most well-documented, but the logistics staff shortage does not start and end with them. Philip Nothard, insight and strategy director at Cox Automotive, which owns auction giant Manheim, points out that there is also a lack of low-skilled, on-site auction workers.

"It's yard staff, appraisers [and] your guys that move cars around auction centres through the halls. A lot of those people went back to Europe pre-pandemic because of Brexit or because of the pandemic. There is a shortage of people in that area of the remarketing sector and it needs addressing."

Any fleet or leasing company wondering why it should worry about all of the above ought to look at its balance sheet. Auction firms will have to untangle their logistical bind of their own accord, but increased costs are looking almost inevitable. Assuming the current pressures on logistics remain or increase and used car supply creeps back to a normal level, the fight for drivers can only intensify, leaving remarketing companies the choice of joining the wage war or attempting to make do with what they have.

Both equal more cost; the former obviously so. Higher rates will inevitably fatten a contract hire company's defleet bill and, by extension, how much it costs fleets to lease its cars. The 'do nothing' option is arguably worse, partly because time to sale has a big impact on used car values - the quicker the sale, the better - but, more importantly, if remarketers simply lack the capacity to move vehicles around, then it clogs up the whole supply chain.

"If the market returns to some kind of normality or we see an increase in repossessions or defleets then, currently, we [the industry] could be under a lot of pressure," says Nothard. "If things improve in the first half of next year and we haven't resolved the issue ahead, then we could be walking into a period of higher fuel, wage and recruitment costs, which will have to be passed on. Therefore, it will cost more to move those vehicles around and there could be either an increase in days to sell or more pressure on efficiencies."

He thinks this could start to bite hard in the first half of 2022 if used car supply rises and remarketing companies have not arranged more support. The semiconductor shortage offers a forewarning here; one of the reasons the automotive industry was so badly affected was because car manufacturers slashed orders at the beginning of the pandemic. They later returned gagging for more chips, but by that time they were at the back of the queue - well behind tech and electronics companies. If the industry is not careful, it could find itself in a similar position, behind supermarkets and home delivery, and looking at a similar set of results to July's 29.5% drop in new car sales, much of which was attributed to a supply shortage.

The government's solutions have been far from exemplary - refusing temporary work visas for EU drivers and increasing existing drivers' working hours among them. There is no silver bullet for remarketing companies or their transport contractors looking to beef up their staff, not least because it takes a long time to train an HGV driver, but - and we are not just talking drivers - extending recruitment to outside of the sector and usual sources has worked well elsewhere.

"Speak to any of the recruiters in our industry and, regardless of what positions they are looking at, people only think about it when somebody leaves," says Steve Nash, chief executive of the Institute of the Motor Industry. "They phone up the recruiters and say 'I want a clone of that person tomorrow morning', and that just doesn't happen. We've never been good at looking outside."

The organisation is currently working on a project to attract employees from non-automotive sectors and from more diverse backgrounds "from a practical angle, not just from a corporate social responsibility angle," adds Nash, who claims some in automotive have had great success shopping outside the sector.

NAMA also provides members with a web portal known as Drive my Career, which is run by its sister organisation, the National Franchised Dealers Association, and geared towards young,
budding employees.

"It puts people in touch with the websites and career pages of individual companies," says Wallis, "there are several auction companies that use it, some of them for roles beyond auctioneering and remarketing - drivers are part of that."