The governing factors of a used car's price start before it is even ordered. Jack Carfrae asks how fleets can pick specification and colour combos for knockout second-hand values. 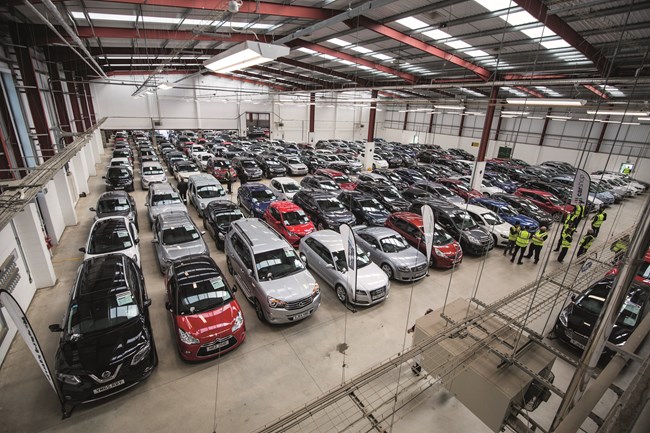 This is one of those topics that is never off the menu if you buy and sell cars: which spec and colour combinations do well second-hand? It is as relevant to the village dealership as it is the biggest leasing companies - or, indeed, self-funding fleets - and can be the difference between a quick sale for strong money or repetitive laps of the auction hall and the eventual sigh of a bum deal just to move the thing on.

A four-figure Harman Kardon sound system is probably over the top for a supermini, while 14-inch steel wheels on a modern Porsche would be a tad underwhelming (yes, we know such options are unavailable) but actually pitching specification and colour at levels to attract used buyers nonetheless requires a degree of know-how, albeit pretty established.

"The trick is to match the appropriate options to the model and segment," explains BCA's COO for UK remarketing, Stuart Pearson, "choosing the right size wheels, along with an appropriate colour, will be the first things that pull a customer in."

Generally speaking, a mid-spec model with larger-than-average alloy wheels and some sort of option pack is pretty safe territory, and you could arguably apply that to almost any car - at least anything likely to grace a fleet's choice list.

"The type of client that's buying those [ex-fleet] vehicles will want to show the cars from the outside in," says leasing company SOGO's head of remarketing, Tristan Downs. "You want things like privacy glass, upgraded alloys and good paint finishes. That's pretty much the UK market, full stop".

With typical ex-company cars - especially anything from the upper-medium segment with a premium badge, although it also rings true with other models - some fairly specific extras go a long way.

While in agreement about the value of panoramic roofs, Cazana's director of valuations, Rupert Pontin, warns that they are prone to damage - one to bear in mind if you are not a fan of hefty end-of-contract charges.

"Pan roofs do crack. Customers or drivers will damage them because they've whacked the roof while they're putting something on a rack or they've dropped something on the car in the garage. They are expensive to repair and they can become an absolute nightmare."

Common sense though it is, the posher the car, the more equipment you can get away with and the more buyers expect. "It's more relevant to that large SUV, Range Rover, S-Class, 7 Series BMW sort of thing, but rear entertainment adds a massive amount of value when you get to that type of car," adds Potter.

"Having anything less than a 20-inch wheel on a large SUV can look a bit silly, too," he continues "It's the old adage of, the bigger the wheels the better the value."

Equipment bundled into packs is always better than individual options, chiefly because residual value setters can easily recognise them - they appear in Cap HPI's codes, for example. The switch to WLTP certainly lessened the availability of solo options, at least those that add weight, as a number of manufacturers moved to more prescribed trim and specification plans. That said, lone equipment is far from dead and buried and, if it is not immediately obvious, it can be difficult to spot when a car is sold, eroding the value.

"The prime example is Audi, which does a Comfort and Sound pack. That will have a separate Cap code, which is recognised as adding value to the vehicle right from the outset," says Downs.

Potter stresses that leasing companies and fleet owners need to register those packs when the vehicle is new; if they fail to, the equipment may later go undetected, which again, takes a bite out of the value.

"The leasing company always needs to make sure they register the packs on that car at the beginning [of its time on the fleet] because sometimes, they'll get lost," he says, "if somebody has gone for a load of safety options, which actually are worth something to that end user - lane change indicators, etcetera - you won't necessarily know they're there [when it is sold]."

Pontin believes that lack of physical presence actually impedes the second-hand value of safety technology: "Disappointingly, I think we're learning that there has been no change in terms of safety features on a vehicle. People are very reluctant to pay extra money for having any form of additional safety equipment.

"I think that the retail consumer kind of expects those types of things - lane assist, distance control, auto parking - to be on a vehicle. They don't see them as niceties; they see them as essentials".

On the other hand, a nice colour goes a long way - proof, if it were needed, of the used car market's fickle nature. Paintwork is generally one of the most predictable areas in relation to desirability, because you cannot go far wrong with a sober, metallic shade.

"Black or white finishes in metallic create a lot of interest, particularly when matched with the right exterior packs and wheels. Black wheels are popular and can enhance the desirability on almost any vehicle."

There are, as always, exceptions. Pearson says two-tone finishes have "made a resurgence", while coupes, convertibles and any sort of performance model will always get away with more extreme colours.

Some cars just suit offbeat paintwork, though, and if they do, the rarity can be selling point: "Even back when I was running my business, if I bought a Mazda 2 or a 3 in green - gone,"
quips Pontin.

"It's make and model-specific, but unusual sells," adds Potter, "things like bright electric blue and viper green sell really well, but I think that's probably because they are quite rare - and they look the bees knees on certain types of cars".

The same goes for upholstery colours; black, grey and variants thereof are more or less universally safe, but the occasional tasteful offbeat choice can lure attention and money.

"If you've got a dark blue Range Rover with white leather, it's absolutely gorgeous," continues Potter, "it's the same if you've got a darker coloured car with red leather - they show themselves off really well."

Knowing which cars suit what is one thing; preventing drivers with a choice list from picking something hideous and worthless is another. Leasing companies are wise to this - at least the ones with an eye on more than a front-end deal - and they will accordingly fettle with rates and simply what they will allow customers to order.

"The key thing is not to let people have too many options," says Pontin, "give them three, and don't load them up. The only time you'll get away with [more choice] is when your MD is buying a really high-value vehicle like a Porsche Taycan".

"It's worth trying to get your user into something in a lower band with more spec, rather than trying to stretch to the next band with next to no spec," adds Potter, "people often try to get into a 3 Series because they want to get away from the Mondeo range, but actually, they'd be much better off having a really high-spec Mondeo than a base model 3 Series. because they are the ones that are going to suffer in terms of residual value."

For those that do not already, self-funding fleets would be wise to do the same. Gleeful though speccing your next car can be, if drivers simply lack the ability to choose uneconomical grades, colours and options, then strong residual values are all the more likely from the very beginning.