Remarketing: The waiting is the hardest part

Time is the kiss of death for residual values. Jack Carfrae asks remarketing experts how to sell used vehicles as quickly as possible. 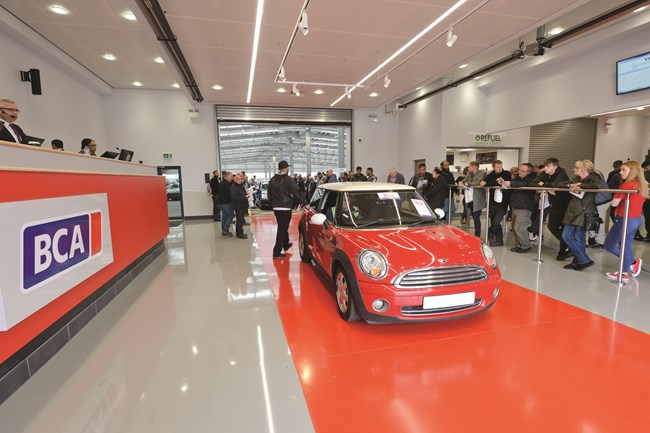 Time waits for no man, so the saying goes, and it doesn't hang around for used cars, either. Depreciation is, more often than not, the single-biggest contributor to the losses vehicle owners of any description will absorb and, if you lease or rent, it is a big chunk of your fee.

The clock really starts ticking at defleet time. A vehicle haemorrhages cash the second it stops earning its keep, so the faster you shift it, the better. The amount a business stands to lose is obviously dependent on the asset, but the industry is littered with back-of-an-envelope averages. Martin Hughes, remarketing manager at leasing firm Activa Contracts, works to a general figure of £250 per car per month, while CD Auctions' commercial director Graham Howes cites an admittedly old £5.50 per day "in dead money". Scale either up by anything but the most nominal fleet, and you are talking serious wedge.

Even so, the same old hold-ups are alive and well. It will come as no surprise that damage is one of them, although post-fleet depreciation often outweighs the repair fees, especially if insurers and accident management companies are involved.

"That can take up to three to four months," says Hughes, of defleeted stock returned with ongoing insurance issues. "There have been many occasions where, actually, we have just swallowed the repair costs ourselves, because what we would lose in book drops is more than the repairs are going to cost us."

We have previously discussed items such as keys, service histories and registration documents, and the huge impact their absence has on a used vehicle's bottom line. Despite the tangible element of missing something really important, and the cost and hassle of replacement - which deducts value in itself - an equal, if not larger, issue is that many buyers simply will not bid on such a car, which automatically renders it a dead weight.

"A lot of our vendors won't offer vehicles until we get V5s, and it is the same for the service history and spare keys," says Howes. "If you have got inefficient back office defleet processes, it costs you money - not only in relation to the value, but in time as well."

Recall work can also add weeks or months if it hasn't been carried out during the vehicle's time on lease. It is a particular issue for Hughes, as Activa sells much of its stock independently via parent firm Arnold Clark's dealers.

"We can't sell it if there is a recall outstanding and sometimes, because they [recalls] relate specifically to the manufacturer, we have to get it booked into, say, Mercedes, Audi or whichever one it might be, and that could take two or three months because of the parts or the waiting lists," he explains. "We constantly bombard them [customers] with mail to get the recall done, but we can't force them to. We tend to just go to the local dealership, but we are at their beck and call as to when that repair takes place."

The remarketing industry has put a lot of effort into speeding up the process of selling used vehicles en masse - quite simply, because it makes more money if it acts faster - and auction firms are often keen to get stock advertised well before it goes under the hammer.

"With rising volumes of vehicles sold to digital buyers, the speed of movement through the supply chain is increasing," says BCA's COO for UK remarketing Stuart Pearson. "The digital assets of a vehicle move ahead of the physical car or van, as images and data can be uploaded to dealer websites and third party sales portals, and logistics operations are making better use of data to operate efficiently and reduce delivery times."

CD Auctions claims 20% of its sales now take place off-site, whereby vehicles are inspected, photographed, advertised online and effectively sold to used car dealers without being transported to its premises. The company says the turnaround between defleet and off-site sales can be as little as two days, has the potential to extract five movements from the process and the savings are such that it's planning to roll them out on a wider scale.

"Realistically, you are looking at a worst-case scenario of 10 days, best-case scenario three [between collection and a physical sale]," says Howes. "When the vehicle is off-site it is not being moved, so the inspection and the valet will take place the following day, and we've got the data available to us to load it into a sale in that same week."

"You have got at least a day's saving and, if you said [the distance] was 100 miles, that is nearly £100 with the fuel and the VAT. Say you have saved five days at £5 per day, you have got a £125 saving for not moving the vehicle and just instructing us."

CD is far from alone in its attempts to decrease reliance on logistics in favour of early-doors online advertising, but it isn't obligatory to rely on auction companies to reduce days to sale. There is plenty that fleets and leasing firms can do to slicken the disposal process, much of which comes down to questioning existing practices.

A pre-sale inspection is a good start, according to Hughes.

"If I were a fleet manager and it were my job to dispose of vehicles at the end of the contract, there would be a point - maybe three months prior to the desire to sell - where an inspection report is done on the car," he says. "It gives you an idea of where you are with that car, what needs to be done and whether you can actually find a market for it."

"[Fleets and leasing companies] need a good contact strategy to make sure that the car is going to be available," adds Jon Mitchell, Autorola UK's group sales director. "If they are holding keys and V5s centrally, has it been flagged if they are missing? That should never happen, but it does, thousands of times every day.

"Are they contacting the customer or driver early enough to get the car defleeted? Have they got the right paperwork/book pack ready for the car when it is collected? Is the inspection and collection taking part at the same time?

"Once they have got the vehicle, if they are not refurbing it, are they using the digital channels to get the car online quicker than waiting for a physical sale? Most of these companies aren't refurbing now, so if a contract end date is today, the car should be on the internet tomorrow lunchtime - it shouldn't wait another week before they put it in a physical sale."

Fleets can speed things up even further by taking matters into their own hands, and Hughes believes there is a big opportunity for those that fund their own vehicles to forge relationships directly with their local dealers. Competition for decent used cars is extremely fierce - in its 2019 One Voice survey, trading platform CarGurus claimed that 80.8% of dealers expected sourcing stock to become even more difficult throughout the year - and fleets willing to sell directly to nearby forecourts can save themselves a heap of time and money.

"Try and actually resell - become a used car broker, in effect," says Hughes. "It depends on the size of your fleet and how adept you are in that arena, but if your fleet is no more than two or three manufacturers, speaking to the local dealers and saying, 'can we place these cars with you?' is really worthwhile.

"There is no cost involved, and they need the cars. They are local dealers so there are no logistics, there are no auction fees or anything like that, so if you can actually build up a relationship with that dealer - and you have got a fairly sizeable number of vehicles coming back - that is a really good way to do it because it cuts down on everybody's admin and makes life so much easier."