The used car market is back on its feet after lockdown. Jack Carfrae finds out how sales and values have fared since commerce resumed. 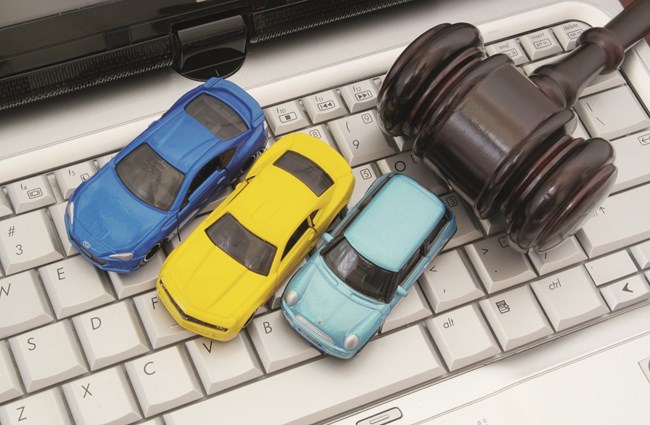 Used car websites are ten a penny these days. You used to just log onto Auto Trader and that was about the size of it, but hardly a month goes by without some sort of flashy new offering, either a spinoff from an already weighty organisation or an out-of-the-blue start-up with a chunk of capital behind it, all claiming to upend the digital used car shopping experience.

You can't blame them, though. Barring an Easter time wobble last year, the second-hand market has been a sturdy place for a long time and certainly more prosperous than the new one, which has waned since 2017. The pandemic was sufficiently democratic to stop both in their tracks in March but, while new car sales are down 48.5% year-to-date - their lowest level since 1971, according to the SMMT - used cars dusted themselves off pretty quickly after lockdown.

If nothing else, trading resumed much sooner, chiefly because it could be done online. Used car transactions really got cracking in May, where dealers had to wait until at least 1 June, depending on the country, before new sales could start again. According to Jon Wheeler, head of vehicle valuation services at CDL, there was a period in late May where values were down, but not for long.

"We had two weeks where a lot of vehicles weren't selling, weren't hitting reserves and people were nervous about buying," he says. "There were some cheap cars in the early stages, and for those couple of weeks, values were around 5/6% down."

When we spoke to Wheeler in early July, CDL's data showed average prices were up 1.7% year-on-year, so the early drop has so far proved the lowest point since lockdown.

BCA's average sale prices rose by 75.7% from a measly £4,876 in April to £8,565 throughout June. "Daily entries [to auction] are now often exceeding 5,000 vehicles and demand across most sectors is ahead of what we would typically see at this time of year," says the firm's COO for UK remarketing, Stuart Pearson.

A certain amount of the current buoyancy has been credited to the drop in values in mid-2019 - making year-on-year prices look good - along with the usual so-called pent-up demand after a slowdown, but social distancing measures have made logistics particularly arduous, hampering supply.

"Dealers. can't get the cars delivered because the wholesale supply chain is in a heck of a mess," says Cazana's director of valuations, Rupert Pontin. "The type of social distancing that's required on site for auction companies makes it very, very difficult to swiftly move a car around the site and actually hand it over. You can't bung 10 blokes in the back of a Transit and whizz them round the site so they can drop the cars at the gate for the buyers to pick up."

Prices may be up across the board, but older vehicles have been particularly sought after. Values of five to 10-year-old models increased by 5% throughout June, according to CDL's Wheeler, while Shoreham Vehicle Auctions' managing director Alex Wright described them as "absolutely berserk".

"If I take a standard 62-plate Honda CR-V, with a Cap Clean of £5,875 - we've just sold that for £6,550. That's a perfect example of a part exchange making £700 above what the book said. And these aren't exactly spotless vehicles - they're damaged grade threes or grade fours."

"That's driven by people saying 'I ain't getting on a bus, I ain't getting on a train, I'm going to buy a cheap car'," adds Pontin, who is one of many to suggest the popularity of older, cheaper vehicles is down to the aversion for public transport (see our Fleetcheck story on page 11 for more on this).

Bidding has not been quite so voracious for newer vehicles but that is not to say they are undesirable. After an ex-fleet sale on 2 July, Wright tells us three-year-old cars were "very strong", all sold at an average of 98% Cap Clean, and two-year-old examples were almost as good, albeit after a dry spell in late May before franchised dealers returned to work. Year-old cars were allegedly a harder sell, and their popularity depended on the manufacturer.

"June was notable for the upswing in demand for higher-value, retail-ready vehicles, which significantly influenced the overall average price performance," says BCA's Pearson.

"It was no surprise that this coincided with the reopening of many franchised dealerships and car supermarkets. As the month progressed, most areas of the market stabilised and. with many retailers having furloughed mechanic and body shop staff, it was notable that higher-grade, well-presented vehicles with full histories. have been at a premium."

Convertibles - which you would expect to be doing well at this time of year - and superminis have proved popular of late, the latter likely due to the aforementioned desire for cheap personal transport. "Convertibles at three-year plus are doing very well," says Wheeler. "The B-segment is also performing really well in retail - Polo, Corsa, Fiesta etc. We've had to adjust those prices again in the last couple of days because they're doing so well."

Business Car has previously reported that used MPVs tend to fetch strong money purely as a result of their scarcity in a market now teeming with SUVs, and they have once again proved valuable after lockdown.

"We've seen quite a peak in MPV prices. In [early July], we saw a 5% increase for the MPV sector across a week," says Pontin. "I think that is a reflection of demand from families, who are saying 'we're not getting on a plane; let's get a nicer, bigger car because we're going to use it for days out and holidays'."

Remarketing experts believe these broadly strong values will continue for the rest of the summer - unless, of course, the UK experiences a serious second wave of Covid-19 - as those who remain employed or on furlough purchase used cars in the absence of other options.

"I'm quite positive about this for the next six to eight weeks or so," says Pontin, speaking in early July. "We do still have a lot of people on furlough and we've got a lot of people who have saved money from not being able to spend it anywhere else."

However, the onset of autumn currently has valuation specialists a little worried. The inevitable recession is expected to bite when the government's furlough scheme dries up and job losses - already apparent - potentially become a wider reality. Auction companies should by then be over the worst of the socially distant logistics hurdles, so it will theoretically be easier to get vehicles to market, increasing supply.

"I think by the end of the summer we're going to have similar used vehicle transaction levels as we did in 2019," says Wheeler. "Values will then start coming under pressure. We're going to see supply outweighing demand. and that'll be when we're approaching winter as well, when things traditionally slow down. We've also got a lot of lease and finance extensions due to come back, so I think the latter end of the year is going to start getting very turbulent."

Should that be the case, Wheeler believes any reduction may appear worse than it actually is, as the used car market could settle at a relatively normal end-of-year level. For Pontin, the short and long-term pictures are good, but the jury is still out on everything in between.

"Once you get past that six to eight weeks, that's the point where I think we'll perhaps start to see some more economic distress, and it's very difficult to gauge what will happen towards the end of the year. I'm pretty positive for the long term; I think in nine months to three years, in terms of RVs and supply of vehicles, there'll be a pretty good balance, but it's that interim period which I just don't know about."