Jack Carfrae looks back at the used car market's highs and lows throughout one of the strangest years in recent memory and asks what 2021 might herald. 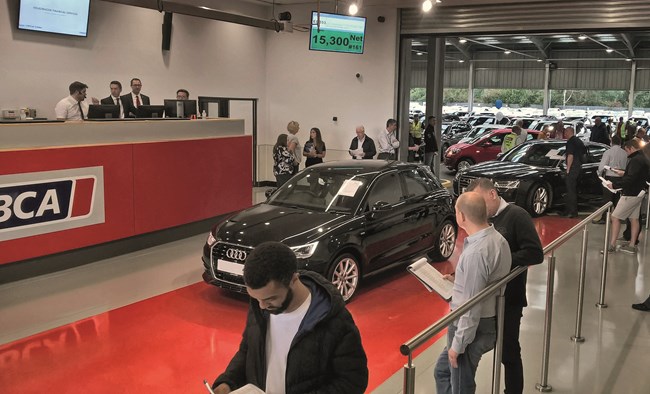 We will avoid prattling on about the pandemic as much as possible, but suffice to say, its omnipresence was felt just as much by the used car market as any other industry. It left a gaping hole in sales from late March through to mid-May, to the point where Cap HPI temporarily ceased issuing data because the number of used car transactions was so low. Add to that the adversity of moving vehicles around - social distancing plays havoc with logistics - and it has not been easy to shift or sell second-hand vehicles.

However, the 2020 used car market was not flattened by Covid-19. Look at the bigger picture and there were, in fact, two exceptionally strong periods flanking the inaugural UK-wide lockdown, the first of which began very early on.

The initial strength was down to several factors: the broader economy at the time was generally good, new car supply was on the sluggish side, and good used stock was also far from abundant.

Peak number two came after lockdown number one. May presented a slow start, as auction companies and buyers got to grips with the predominantly online sales process, and this was also when the logistics stumbling block - which still exists, though not as acutely - was at its height.

"The auctions started to open at the back end of April and into May," adds Nothard. "It wasn't until 1 June, when England opened up first, followed by Wales and Scotland, that we started to see that pent-up volume coming through."

That was when things got "mega hot," according to Jon Wheeler, vehicle valuation services team manager at CDL. "We kind of came out of lockdown with values still representative of the higher point that we saw earlier in the year, then people were able to access vehicles, which bolstered the demand [and] helped to strengthen used values even further."

BCA's figures show that pandemic-era used car values were at their highest in June and July, when average prices were between £8,500 and £8,600, while Cox Automotive reports that the quarter three used car market was up 4.4%. Older, cheaper cars were the stars of the time. Every auction company and valuation specialist told of the obscene amounts of money changing hands for anything over five years old, often some way shy of perfect.

Borne out by the Department for Transport's figures on public transport usage, which showed a dramatic reduction in train, bus and tube travel at the time, the public was chomping at the bit for low-cost personal mobility, while travel restrictions and the first wave of furlough meant many of those still employed were happy enough to splash out.

"I had reports of dealers moving the expensive product off the front and putting the cheaper product there because everybody wanted that sub-£5,000/£6,000 car," says Nothard.

Summer's highs were on borrowed time, but the used car market remained in good shape well into the autumn. BCA's average sale prices remained comfortably above £8,000 through October and, according to COO for UK remarketing, Stuart Pearson, buyers got stuck into online sales good and proper around this time.

"The used car market saw buying activity and demand increase in September and we sold record volumes online for the fifth month running. We also saw record numbers of customers purchasing online in September, with numbers for both online auctions and fixed-price purchase continuing to rise. Conversion rates remained high up to and including October, typically exceeding 80%."

That was about the time values started to soften, but such a trend is certainly not unusual for the fourth quarter of any year, and prices were obviously starting from a high base. England's second lockdown and its lingering tiered existence has compounded matters, but, as Nothard says, "it's got to be put into context. We were hitting high 80/90% conversions and well into book, but we are in the fourth quarter of the year and, yes, it's slowed down, but it would have done anyway."

"It's typical seasonal adjustments when you start getting towards the winter months and [the market] is in excess of 4% ahead of where we'd typically expect it to be at this time of year [November]," adds CDL's Wheeler.

Cap has hinted at further value drops in December, following a 2.1% fall in October and, at the time of writing, approximately 2% in November. Nothard thinks a similar adjustment in the final month of the year will be "welcomed, because the risk is the longer they keep it at a higher level, the more severe it will be when it does realign".

2021 is a tougher call, again, for the painfully obvious reasons that Covid-19 still exists and, again at the time of writing, a hard Brexit was still very much a possibility.

Experts think the early months of 2021 may not be bad for second-hand vehicles - at least those in good condition - as relatively low supply but greater availability and value compared to new cars work in their favour. "Some caution about how the UK economy's going to be in 2021 means that decent cars in the used car market are viewed to be pretty stable," says Mark Jowsey, head of TCO at KeeResources.

"The unknown, really, is how many will lose their jobs and how many of those will be people that have a significant impact on the used car market."

Typical ex-fleet and finance models also look good, according to Wheeler: "We expect volumes of three to four-year-old vehicles coming back off the likes of PCP and finance deals to be low through January and February - that's just based on the historic registration trends of 2016/2017. That short supply is going to help values remain quite buoyant, providing there is the demand."

However, Wheeler reckons those same registration trends could take a bite out of prices in March and April, as more vehicles hit the market.

Nothard, too, thinks values could fall in the new year, though more as a result of wider pressures: "If we were going into quarter one with the values where they are, and in a normal marketplace, you know what? We'd see them go up.

"Even though the volume is down, which is good from a supply and demand perspective, I think there are too many pressures on the consumer - debt, unemployment - looming that would counteract that strength of the normal market."

If the used car market falls victim to looming economic perils, then fleets can steel themselves with tried-and-tested methods. Nothard says anyone defleeting cars "shouldn't get desperate" and offload lots of similar or identical models in one go.

Jowsey reckons vehicles in top condition are your best bet, as the trade is unlikely to want anything that needs work, adding time and cost to a sale.

"Certainly from a fleet operator's perspective, whether it's leased or outright purchase, just make sure the cars go back right. The concept of buying used product that requires work is not flavour of the month at the moment," he says.