Remarketing: You can't get the staff

Like many other industries, the remarketing sector is in the throes of an acute labour shortage. Jack Carfrae asks how it is affecting the industry and what it means for fleets. 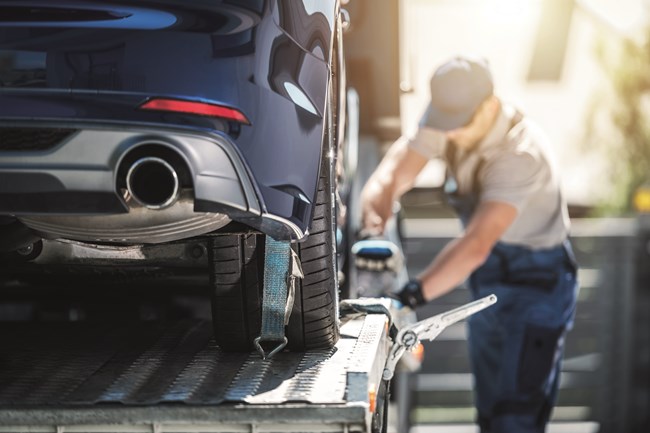 You get the impression that recruitment companies and auctioneers have the same problem. Employees and used vehicles are both very scarce, and anyone who needs either has little choice but to pay through the nose. Their trickiest job, at the moment, is finding someone, or something, to sell.

The same shortage that is keeping the recruiters busy has borne down on the remarketing sector, among plenty of others, as staff is lacking big time. Steve Nash, CEO of the Institute of the Motor Industry, explains the extent of the drought: "The non-manufacturing side of automotive, which includes the sales and distribution as well as the service and repair networks, employs over 600,000 people in the UK, but is facing unprecedented skills shortages. Currently, the sector has over 23,000 vacancies, which equate to 4% of the workforce."

It is not just skilled labour, either. Auction companies, in particular, rely on low-skilled roles for logistics - fundamentals such as moving cars within or between sites and vehicle appraisals - and such employees are just as hard to come by.

The remarketing industry's one saving grace is that used vehicles are not abundant either, so it can arguably handle slightly fewer hands on deck than usual. Emphasis on slightly, though, because a prolonged dearth of staff cannot fail to have a knock-on effect on its customers, namely fleets and leasing companies.

It is not strictly used vehicle sales, but the garage sector is closely related to remarketing, and it is a good indicator of just how tough things are on the recruitment and retention front. Speaking on condition of anonymity, a senior figure working with a large garage network specialising in fleet tells Business Car that garages are deliberately not publicising anything to do with their technicians or their qualifications, due to the probability of staff being approached by rivals with offers of employment.

"Because there's such a shortage of technicians - and this has been going on for at least the past 12 months - garages are quite shy about publishing the qualifications their staff has. Other people can see this, so they try and poach each other's staff.

"It's so competitive at the moment, and if you were a garage owner, the last thing you'd want to do is publish your list
of technicians."

Anecdotally, we have also been told that technicians have applied for and accepted higher-paid positions at competing workshops, only to use the offers as leverage for pay increases and remain with their existing employers.

So acute is recruitment and retention, that it was the subject of the Vehicle Remarketing Association's (VRA) April webinar. The organisation gathered a series of specialists to discuss the scope of the problem and explain how auction companies and their ilk could tackle it.

"Never has it been as difficult as it is at the moment," Helen Crooks, director of Wright People Human Resources and a former transport industry specialist explained during the webinar, "41% of the workforce will consider leaving their employer this year. It's been referred to as 'the great resignation'."

She pointed out that the cost of an employee leaving the business is estimated at 30% of their salary, and went on to detail a series of reasons why so many are leaving their existing posts.

"There's a very high level of job vacancies and higher pay, [but] this is really important: employees who had resolved to leave [their job] in 2020, but hadn't because of the Covid effect. They felt that they couldn't leave, and now this is all coming to the fore.

"Every single day, the phone calls I get are unbelievable. They're about problems that started in 2019 and 2020. They've all been put on hold. those problems that were there but had been put away, are now coming out."

Crooks adds that the widespread home/hybrid working dynamic, induced by the pandemic, often crops up. Some staff are dead keen on it, others want to be back at work, and those who cannot or are not permitted to work remotely sometimes want to.

She advises offering flexible working where possible as a retention technique, but concedes that it is not appropriate in all cases, especially those that involve moving vehicles around.

Pay is a big one, especially when rival employers are offering more (see our aforementioned technician example for details) and Crooks claims that 25% of job-leavers are motivated by it. However, that means "75% leave for other reasons", culture, engagement and staff wellbeing among them.

"89% of workers at companies that support wellbeing initiatives are more likely to recommend their company to be a good place to work," explains Crooks, "it's about finding out what is going to help employees and make them feel valued, [because] 73% of leavers have low trust in their company's leadership."

Training, and in-person appraisals (or at least individual ones conducted over Teams or Zoom), are equally important for retention: "The last six exit interviews I've done have been around professional development opportunities," she adds, "94% of employees would stay at a company longer if they knew the company was going to invest in helping them learn.

"Keeping up to date with reviews and one-to-ones is really important. People say 'with Covid, we haven't been able to do that.' it's even more important that you get back on track with giving that feedback."

Hanging onto employees is one thing; finding new ones to fill the gap is quite another. It is not a new idea, but recruiting outside of the sector is a good start, and it is something that has long been trumpeted by the IMI's Nash, who told Business Car in 2021 that, "people only think about it when somebody leaves. They phone up the recruiters and say 'I want a clone of that person tomorrow morning', and that just doesn't happen."

BCA has been shopping for staff from elsewhere for some time, as COO, Stuart Pearson, explains: "Attracting people from outside the automotive sector is important, not only because it makes sense to widen the pool of talent generally, but also because it brings fresh ideas into our business and the sector as a whole.

"Earlier this year, we staged a special careers event at the BCA Rockingham centre in Corby, with the aim of appealing to anyone interested in working in the automotive sector - regardless of whether they had existing experience. The one-day event attracted a wide range of people, with a number of individuals currently being recruited into roles across the business as a result."

The auction giant told Business Car it plans to hold a series of other recruitment events during the year, including a pitch at the British Motor Show's Career expo in August. It also runs graduate and apprentice training programmes, including specialist schemes for transporter drivers, mechanics and vehicle inspectors.

As a final thought, Crooks believes that the one big thing employers across all industries miss - be it in the scramble to fill vacant posts or because it plays second fiddle to more tangible factors, such as experience - is behaviour.

"Only one in four people would be hired again if managers had a second chance," she explains, "it's very, very difficult, when you're really up against it, to get the right people in.

"It's very easy to miss something you're not looking for. and it's all about the behaviours, so when we're recruiting people, it's trying to get under the skin of their behaviours - and this is certainly how I recruit.

"I use psychometric testing [and] various [other] tests and assessments to try and figure out what they're like. Are they the right fit for this business? Have they got the right behaviours? If they have, we can probably teach them the knowledge, we can give them the skills and the experience, but that behaviour is something that a lot of people really miss out on."