Remarketing: You pays your money...

You takes your choice - but is it the right one and will the car be worth anything when you sell it? Jack Carfrae asks remarketing experts how to choose the best specification for strong residual values. 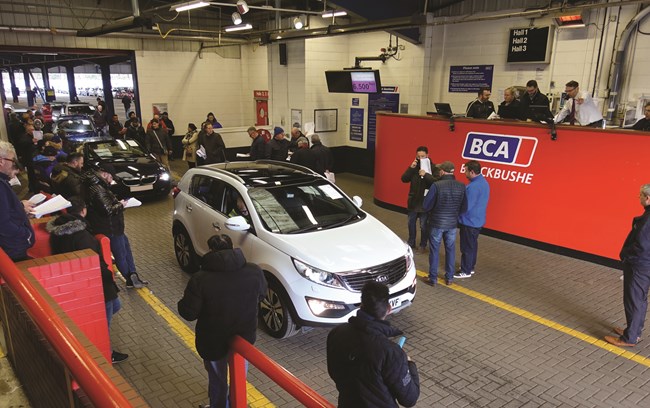 We'll cut to the chase: whatever kind of car you order, go for a mid-level trim, metallic paintwork in a conservative shade, throw in an option pack, and you can't go far wrong. Stick with that formula and your residual values (RVs), lease rates and bottom line will be happy.

As true as that is, there are more than a few nuances to speccing new cars in mind of a good return. Purely in terms of equipment, established norms changed with the introduction of WLTP in September 2018, as its associated CO2 penalties for weighty options resulted in a move towards simpler packs instead of individual bits of kit.

"The manufacturers are very much moving away from having lots of options available on new cars to more of a choice of packs, with a group of options within them, and that is all down to the change to WLTP regulations," says Cap HPI's UK head of forecast Andrew Mee.

Regulatory push or not, it wasn't a bad move. Packs have always been better than one-off options because they are recognisable and easier to price, whereas single pieces of equipment are often glossed over.

"We can actually assign some value to the options within a pack, whereas our systems don't allow us to do that just for one particular option," adds Mee. "The fleet companies might still get some value at the end of the contract, but it is not systemised. Packs are good, and that is the way that everyone has been moving for the last 18 months or two years."

Alhough it is all relative depending on the type of car - a basic mainstream hatchback will have less kit than a luxury saloon - middle-of-the-road is usually best for trim levels, as Jon Wheeler, head of vehicle valuation services at CDL, explains.

"As a general rule, avoid the entry-level trims - they are not going to be desirable when they hit the used market.

"The problem, when you get into the higher end of things, is that the upfront cost generally outweighs its used worth. Realistically, you should avoid very
high-spec cars and large option packs, which you are simply not going to get a return on."

An automatic gearbox is a must if you happen to be ordering anything above a lower-medium hatchback.

"The executive vehicles, if you want to call them that - your A4s, A5s, A6s, 5 and 7 Series - have to be automatic," says Kevin Bicknell, Ogilvie Fleet's remarketing manager. "You are always going to get your best return for that."

Panoramic roofs are another sure-fire way to make a car desirable to used buyers.

"They are always good, particularly with something like a C-Class" adds Bicknell. "Get the colour combination of the roof and the body right, and it will do silly money, but if there is one without a roof that is a standard colour, it will be a couple of hundred quid behind Cap [clean value]."

Although you would be hard pushed to find a car on sale today without them, alloy wheels fall into the same camp, as does a leather interior - although less so on small, budget hatchbacks. Essentially, used car buyers like what they can see, so tangible trim or equipment is a good move.

"Look at a BMW 530e, for example," says Bicknell. "If you put a Performance pack on it - which doesn't do anything for the actual performance, it is just better bodywork and bigger alloys - it is a completely different kettle of fish, and it will do alright at auction."

The yin to that yang are the options you can't see. Advanced driver assistance systems (ADAS) such as autonomous emergency braking, lane-keep assist and blind spot monitors, though valuable for a fleet operator with a flock of drivers, fade into obscurity as far as used buyers are concerned.

"Anything that is visibly obvious on the car when it comes to be resold is usually pretty good news," says Mee. "The things that are not visible - that is typically a lot of new safety features and built-in driver aids - those are the ones that face a loss. The new buyer, or the new chooser, who goes for those packs obviously wants those things on the vehicle and will make use of them. The used buyer, at the moment - and we think for the foreseeable future - is less bothered about them."

Satellite navigation and connectivity systems can divide opinion, but most specialists agree you need a least one of them.

"[We] recommend up-speccing connectivity where possible to help ensure the best RVs. It is important for sellers to recognise this and ensure their vehicles are correctly described at remarketing time."

Given that every smartphone is also a handheld GPS, and will appear on the car's infotainment screen providing Apple Carplay/Android Auto is fitted, the modern-day value of a sat-nav has been called into question - although it is still expected on larger, posher models.

"There is a dividing line between the smaller, cheaper cars and the premium, executive ones," says Mee. "The general rule is, anything that is less than a medium-sized hatchback - Golf, Astra, Focus - Apple Carplay and Android Auto are suitable, because the buyers tend to be younger, more savvy with their phones and want that technology.

"Whereas the larger cars above that sort of size tend to be driven and bought more by older people who, at the moment, are probably more comfortable with the traditional sat-nav - but I think that will change. My money, personally, would be on Apple Carplay/Android Auto moving up the food chain and becoming more of the norm in bigger cars."

Colour and its effect on residual values is a topic in its own right and, with the exception of city cars and performance specials that get away with brighter shades, the rule of thumb is metallic greys (the most popular colour in 2019, according to SMMT), whites, blacks and blues are safe bets. Paint is a subjective thing, though, and some latter-day finishes are proving desirable second-hand, according to Wheeler.

"In the mid-level, Peugeot/Citroen kind of world, there are quite a lot of bi-tone options making their way onto fleets," he notes. "If the colour choices are right, they are a very attractive proposition in the used market - not necessarily from a valuation perspective, but in terms of desirability.

"Whites with a black roof - that kind of set-up - differentiates them from other vehicles; it gives them a bit of character and makes them a little bit more saleable."

Pearson agrees that black and white schemes attract interest from used buyers, and adds that black wheels are also popular.

"Two-tone finishes have made a resurgence recently, harking back to classic models from earlier years," he says.

"There are [also] a lot of brighter blue schemes hitting the market across many sectors and these are popular, as the vehicles really stand out. Dealers look for variety for their forecourts to ensure that they have got something for everyone."

A company car remains a big pull for employees and ticking option boxes a perk of the job, so all of the above is fragile when you are dealing with a choice list. Therefore, it literally pays to put a few RV-friendly sanctions in place before you let drivers loose on the spec sheet.

"[Fleets] should be able to put a cap on the number of options that are selected or the list price value of those options, so they can't be more than, say, 10% of the price of the vehicle - or there can't be more than five of them," cautions Mee.

"As the fleet manager, you can say 'if you want car A, you can have it in A, B, C or D colour' - you restrict what that person has," adds Bicknell. "The person putting together the car list needs to get advice from someone like a remarketing manager to work out exactly what cars they really want on there."