2021 was a strong year for Hyundai in fleet, but it's determined not to be a one-year wonder. 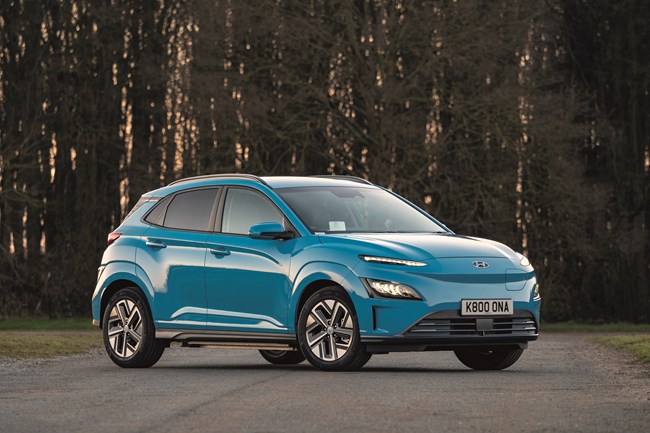 Hyundai is a company in good form right now. Its model range has won widespread plaudits in recent times for cars as diverse as the Ioniq 5 EV, the Tucson family SUV, and the i20N hot hatchback, while in the business car market it achieved the fastest UK true fleet sales growth in 2021. Speaking to Tim White, the company's head of fleet in the UK, he tells us that last year's performance was no overnight success, but rather the result of hard work done to lay the foundations for growth a year earlier.

He says: "What we did through 2020, when others were perhaps less active, was embark on a specific true fleet strategy to grow our database and reach out to that market.

"We found that our focused strategy, along with all the products that were starting to come through - which were clearly appealing to the fleet market - led to us being added to a number of fleet policies at that time when they perhaps couldn't get the product they needed from the more established fleet OEMs.

"So, we had a huge year of activity in 2020, and while that didn't resonate in orders necessarily, it was all the groundwork to get onto these policies and ensure that our products were there ready. Then what happened in 2021 was you had the knock-on effect of pent-up orders from WLTP, Brexit, and Covid, so a triple-whammy of [reasons for] fleet market extensions of cars and vehicles on hold, which then kind of exploded in 2021, when everybody said: 'Right, we need to order our next car'. So, we were then ready and primed to pick up a healthy share of that volume, along with the fact we had the products and the stock."

From the outside, it would be easy to assume that the ultra-modern, ultra-impressive Ioniq 5 EV was the main model driving Hyundai's fleet sales growth last year. But in fact, as White explains, it was perhaps more unsung cars in the manufacturer's range that did much of the heavy lifting.

"The Ioniq 5 was only available from circa-August onwards, so clearly there wasn't enough time in the year to rely on that car too heavily. When you look at our achievements, I would say it was probably the Kona Electric at the heart of that, along with a little bit of the Tucson, and also our original Ioniq in its three powertrains, because that was our first real car that caught the imagination of the fleet marketplace, and still did in 2021.

"The Kona Electric I think was in the right place at the right time to do that functional job-need role, as opposed to perhaps the sort of aspirational perk company car driver choice."

All the above being said, it is certainly true that the Ioniq 5 is now set to play a big part in Hyundai's fleet aspirations.

White says: "Clearly the Ioniq 5 has really taken us to another level. As of a couple of weeks ago it represented 25% of our true fleet order bank, so it's clearly a big part.

"We've seen huge interest on salary sacrifice schemes, where people are just saying 'What can I have for the budget?', and the Ioniq 5 has caught the imagination, in terms of what it is, what it looks like, and ultimately how quickly can I get it.

"We've got it now positioned on some end user policies very much at the higher levels, because we are seeing people come out of brands like Volkswagen and BMW and coming into that car. It's attracting a new kind of driver to the Hyundai brand for the first time."

Since the motor industry began to really struggle with supply problems and extended lead times last year, Hyundai has generally been seen as being in a relatively strong position, and White believes this is still the case.

He says: "We can still with confidence say to customers that at the moment [March 2022] there are probably three to four vehicles in our range that, if they were to order now, you could still get those vehicles this year. I think we increasingly see a lot of [other manufacturers'] main fleet models are either not on sale at the moment, or if you can order one then it's a 2023 lead time.

"Even pre-Covid, pre-supply issues, most fleets used to operate a six-month kind of outlook, saying to the driver 'Get your car on order within six months'. So, I think if we are saying we can get you a car in eight months, that is pretty good."

Although pure EVs take a lot of the current attention in the fleet market, White says hybrids and plug-in hybrids still have a part to play in Hyundai's strategy.

He says: "We almost jumped over the fleets that were not ready for electric, and we were kind of dealing with those who wanted to go full EV. What we are doing as well now is balancing out that targeted approach to pick up all the fleets who we never engaged with who aren't ready for EV yet.

"Clearly at some point they have to be, but whereas others have perhaps been selling those fleets petrol or diesel cars for years and years, we never did, we've gone straight to the EV content. We're now almost trying to pick up the rest of it in terms of PHEV, hybrid, where those customers have still got probably one more cycle of cars where they can afford it to be not full EV.

"We're not U-turning, but we're trying to pick up all the non-electric fleet opportunity."

When discussing his priorities for the Hyundai fleet team moving forward, White says aftersales and customer care is a strong consideration.

He says: "We are in a nice position where our forward order bank is effectively giving us significant cover for the year's plan. As long as those vehicles get built then effectively our sales performance will be solid, so we don't have to panic or worry too much about that. It does give you then a bit of a chance to look at other areas of the business that we need to address, as opposed to just how we sell more cars.

"We are looking at a number of things at the moment to do with have we got adequate cover in terms of the aftersales and customer care service we are going to give to these new customers, given that some of them have come from other brands. We are trying to understand what they are expecting.

"It's all very well having this incredible growth but obviously now we have got those customers in cars we need to make sure we are looking after them and that they are staying with the brand. We are trying to do some projections around if we continue to grow at the level we are, in terms of our database growth, our end-user agreement growth, and our sales growth, can we actually cope with that level of in-life care in terms of what we give to them in terms of at the end of a phone, when they arrive at a dealer, what experience they get there."

According to White, Hyundai is also planning training for its dealer network on business contract hire, since the majority of its previous experience has been with personal leasing.

He says: "It's just trying to make sure that the dealers are equipped to be able to deal with their local business marketplace.

"If somebody comes in, and [the Ioniq 5] sort of lends itself more to a personal lease perhaps than other funding methods as it quite often does with a premium car, we're just making sure our dealer network are equipped to be able to understand what business contract hire is, if you're getting kind of small SME enquiries from their local area."

Overall, while 2021 was a clear success for the Hyundai fleet team, White still sees plenty of potential for further growth, and is keen for the company to take full advantage of it.

He says: "In terms of the true fleet marketplace, we've still only got kind of a third of those [customers] we are dealing with, and there is another third that we know who they are, but we are yet to actually get to them.

"And then there's another third that we still haven't even touched. So there is still, despite our growth, plenty of opportunity to go out again and find more customers. We are going to have a new team balance between three points of a triangle - new business,
key account management, and then virtual account management.

"So, we manage the smaller fleets through a virtual basis of desk-bound, contact over the phone and email, [have another] third of the team effectively concentrating on finding new business, and a third basically managing our key accounts.

"We are still evolving and it's by no means job done yet. We have had this early success but really our priority now is to maintain that and increase it again.

"We certainly don't want to be seen as a one-year wonder - this is very much a long-term plan."