A restructured fleet team and a growing range of plug-in models could help Mercedes-Benz boost its sales momentum, according to head of fleet sales Tom Brennan. Simon Harris reports. 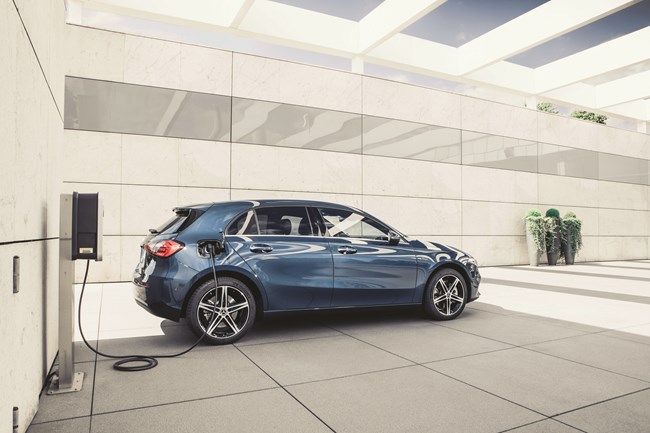 Mercedes-Benz's fleet sales team has undergone restructuring since Tom Brennan arrived at the company's Milton Keynes headquarters a little over a year ago.

He didn't have far to travel, coming to the brand from Audi, but his enthusiasm for the next few months is clear when he talks about the products being launched.

He admits that the new fleet team structure isn't radical, but he says it should allow Mercedes-Benz to become easier to do business with for major leasing companies and
other customers.

"The way we have restructured our fleet team isn't very different from how other manufacturers do it," says Brennan.

"Most of them have a leasing area [within the structure], and most will have an end user and retail focus around the corporate and SME part of the market. Daily rental sits in the middle, and our Motability team is within leasing.

A fleet customer hub has been introduced to deal with incoming inquiries from fleet customers, but also make outbound calls and appointments for strategic account managers.

"Our new aftersales development manager was put in place eight months ago," says Brennan. "We will begin to see more products and programmes in the aftersales area."

As a platform for the year ahead, Brennan points to Mercedes-Benz's true fleet performance, which was down slightly, but only marginally so compared with the total true fleet market (down 6%).

"We fell back by 2% with 63,000 sales,' says Brennan. "This was a really strong performance compared with the market.

"It is great news for our customers, with that 4% diesel supplement eliminated from BIK tax, and that will continue to expand over the coming months. It delivers value to our customers, which is really important - but is it enough?"

Brennan's enigmatic question refers to the year of change. There will be big incentives for fleets and drivers to choose pure electric vehicles (EVs) and some plug-in hybrids from April. Mercedes-Benz is not alone in readying new electrified products, but Brennan is confident that the range is maturing, and has its own USP with the option of diesel plug-in hybrids alongside petrol variants.

"With the changing tax regime from April, there will be more interest in PHEVs and battery electric vehicles (BEVs)," he says. "Our PHEV portfolio is continuing to expand. The A-Class saloon and hatch are now available with the plug-in hybrid A 250e derivative (pictured above). This car is probably the biggest opportunity for us at the moment.

"The B 250e will launch very soon as well. We will have this power option in the CLA Coupé and Shooting Brake later in the year, and when the new GLA arrives, it will also come with a plug-in hybrid variant.

"We currently have diesel plug-in hybrid in the C-Class on sale, and the petrol plug-in hybrid versions will be arriving in the coming weeks. We have just announced the GLC 300e, in SUV and coupé versions, with GLC 300de diesel versions arriving later.

"Diesel is allowing them to reduce whole-life costs even further, and if drivers are not as diligent as they should be with their plug-in regime, having a diesel engine at least reduces costs and the carbon footprint compared with running on petrol."

Brennan adds that there is a petrol plug-in hybrid S-Class, while the GLE 350de will be launched later in the year.

"This one really excites me," says Brennan. "The electric range of the car is 62km (38 miles). It will put it into a low BIK tax bracket after April."

He also points to 10 fully electric vehicles in the range by 2022.

"We have had the EQC in the market for about six months,' says Brennan. "We expect to get a sizeable chunk of the 50,000 annual production of EQC this year because we see the opportunity post-April. We know there is big demand for that car and we want to meet that demand. We will see more of this allocation coming through from Q2.

"We are also delighted that the EQV will come later in the year, which is exciting, especially for the London market. But also, having that V-Class in an electric version will give us some more opportunities.

"Smart now has a three-model range that is entirely electric, and the forthcoming EQA will be a big opportunity for us in terms of the price point and the right car for a lot of drivers. We hope to see that happen in the next 12 months, as well as EQS."

One of the headaches for fleets and the industry as a whole over the next few months is the transition from the NEDC-correlated CO2 emissions to WLTP.

Brennan says that while the new tax regime is generating a lot of excitement about the future of PHEVs and BEVs, the relationship many fleets will have with internal combustion engine  (ICE) cars will be more complex.

"When the government announced the changes to adopt WLTP they suggested a jump of around 10% in emissions," he says. "That has not happened. It has been typically higher.

"And in order for leasing companies to have the data to quote on vehicles, they need the figures on WLTP CO2. Some manufacturers have supplied the data, some will have variations in CO2 depending on the options. Is the data ready? I don't think it is. It is
a challenge.

"Where leasing companies want to supply the data, it is still very much a grey area. We have undergone a product simplification at Mercedes-Benz, and supplied the data to CAP HPI, KeeResources and others, as well as our dealer network.

"Looking at the E-Class saloon range, there are now 10 engines and four equipment grades, plus one with a coded pack. We can give certainty right now with our data so people can quote confidently.

"Looking at some of the other models, I am not sure drivers want to spend 37% BIK tax on a car any more with the options they have available."

With an expansive range of PHEVs, Brennan admitted there will be a job to do in educating used car buyers on the benefits, as they will not be as significant as for someone choosing a new company car.

"Customers will need to go on that journey," he says. "Total cost of ownership will work for many customers and over the course of a few years that will improve. But we have had PHEVs on the market for the last few years. Sustainability needs the support of government policy and infrastructure."