The brand that led the way into the PHEV era in the UK is waiting to announce the next chapter in its story later this year. Simon Harris talks to managing director Rob Lindley. 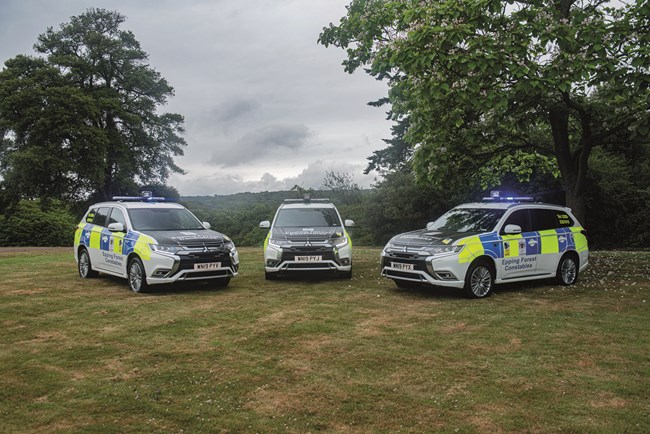 By strange coincidence, I glanced at online news ahead of a video call with Rob Lindley, managing director of Mitsubishi in the UK, and saw a story about crowds gathering in parks during the Covid-19 lockdown.

The police vehicle in attendance to move on the crowds was a liveried Mitsubishi Outlander PHEV. The car was the first to popularise plug-in hybrid models in the UK, and sold around 10,000 units a year from 2015, with about half finding homes in the corporate sector.

During our conversation Lindley remarks that the Outlander PHEV has been visible in some news reports, in the absence of the majority of 'normal' business and comments on what the period of lockdown means for the company.

"Everything has come to a grinding stop across all aspects of our business, including corporate sales," says Lindley.

"The first people to drop out of the market were the leasing funders, who decided they didn't want to find any more business. Any deals we wanted to do with brokers or small contract hire companies, we found we couldn't get that business done.

"It has been the case ever since, and probably will be until this is over. We are getting some orders for the specialist part of our business, government-related, local authorities and utilities, but our port operation, which deals with pre-delivery inspection (PDI), is effectively shut down.

"So although we can receive vehicles coming to us from Thailand or Japan, we can't do any preparation and send them out from there, so we are unable to deliver anything. We are not under any pressure to do so from the customers, but it would be nice to turn some wheels.

"But business is secondary to the real issues of the health crisis. People who are personally impacted by this are more important." 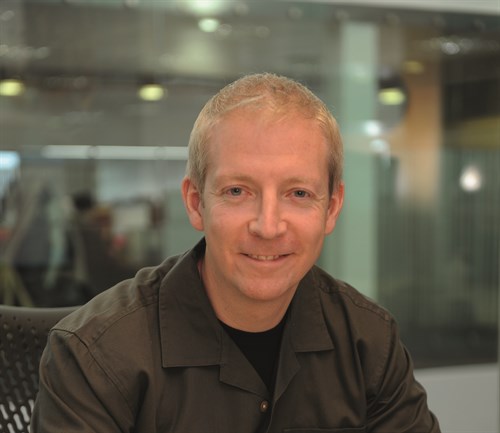 He went on to say around half of the company's staff have been furloughed under the government's Staff Retention Scheme, and around 25 dealers remain open for service work for key workers.

"That number goes up and down, with some closing when there isn't enough business, and others reopen because there is demand for service work," says Lindley.

"We are facilitating that and keeping our parts distribution hub open, and have staff working in the warehouse on two shifts, working in accordance with government guidelines, but it is probably working at around 10-15% of its normal capacity. It is good to be able to keep those businesses operational."

Mitsubishi Motors UK is an independent importer and distributor of the brand's products, and has been selling cars and commercial vehicles for the brand since 1974.

However, Lindley says Mitsubishi Corporation is a shareholder in the UK operation, and has been able to provide additional credit to allow the business to tackle the immediate problems caused by the Covid-19 lockdown.

Lindley says: "As you can imagine, with operations shutting down in March, we have a lot more inventory than we would normally have [because of the new registration month] and it is just sitting at the port doing nothing.

"It is a considerable cash burden on our business and we are fortunate to be able to borrow money from Mitsubishi Corporation Finance, and they have been helpful to ensure we have got the liquidity to navigate the current situation. But if we have three months with no sales, things start to become tricky."

The current problems are universal for the car industry and the majority of businesses globally, but Mitsubishi is trading carefully after a mixed performance in a declining 2019 car market
in the UK.

"We look at cars and LCVs together. Overall, that market was down 2% and we were down 13%, so we did struggle a bit compared with the previous year. We were about 4,000 units lower in total, and there were a number of factors behind that.

"Some of our diesel variants left the marketplace - we discontinued diesel for the ASX and the Outlander - and we also discontinued the Shogun. When you add those together, it is about 3,500 vehicles that we no longer had.

"We believe the discontinuation of government support for plug-in hybrids did influence the take-up of the Outlander PHEV. From the second half of the period there was a significant drop. We still managed to sell 6,200 Outlander PHEVs. It is still our bestselling car, but it indicated that the government cut off support for PHEVs a bit too early.

"We have seen some recovery in other models. We introduced petrol versions of the Outlander, and we had an update on the ASX, offering petrol 4WD for the first time.

"L200 sales were up around 10%, partly an uplift with the Series 6, but we also had a very successful run-out of the Series 5, with an attractive special edition called Challenger. L200 has been a good success and [has received] much positive feedback since the launch."

Lindley points out that when the Outlander PHEV was launched in late 2014, it was the only vehicle of its kind in the SUV sector, and had the advantage of a £5,000 government grant off the purchase price. He also says merely considering the tax benefit of choosing a plug-in hybrid was to understate the ability of the Outlander.

"It is a practical family car," says Lindley. "We have enjoyed success with that vehicle and it continues to perform well. The PHEV proposition is something Mitsubishi views as the key technology for the near future. The company is leaning into PHEV even further in future.

"More competitors have joined the market since the Outlander PHEV was launched, so it shows the value of that proposition. Around September, there will be a bit more news about the future." 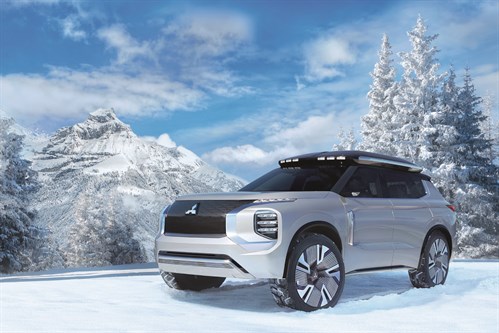 The Mitsubishi Engelberg concept, seen as the design template for the next Outlander.

Mitsubishi has spent the last couple of years within the Renault/Nissan alliance originally formed in 1999. Lindley says the partnership will pay dividends for Mitsubishi, as well as allow it to lead development for the whole Alliance in its areas of expertise. "The Alliance is still relatively young, and [referring to the removal of Carlos Ghosn as the chief executive] some of the events of the last 12 months have seen some reorganisation and changes in the way it operates.

"In terms of vehicles we haven't yet seen anything that is a genuine all-Alliance product [serving all three brands], but that will be within the next 12 months.

"Being part of the Alliance means sharing of technologies and supply chains, and it is something Mitsubishi Motors has been able to take advantage of. Mitsubishi's role in the alliance - it has a number of key assets where it will take the lead.

"One is PHEV technology and that is definitely something the other Alliance partners will tap into. It is viewed that the Mitsubishi pick-up is the best, and the best engineered. Future pick-up development is a decision that will be taken by the Alliance, but there is a good chance Mitsubishi will be leading the development.

"It makes sense for each of the partners to bring their specialisms and to leverage that. Especially now. Notwithstanding the current challenges, the cost for manufacturers of electrification and dealing with regulatory challenges have increased so significantly that you really have to form partnerships."

Lindley's career in automotive now spans five decades. He started in the car industry with Ford in 1989, progressing to managing director of Mazda Motors in the UK.

Later, he became global sales and marketing director for McLaren Automotive, and before joining Mitsubishi almost exactly two years ago, he was the vice-president and managing director of Harley-Davidson EMEA (Europe, Middle East and Africa).

Lindley says: "Our approach is to try to give really good levels of customer service. We do a lot of in-house conversions of the L200 and Outlander PHEV as well, with our specialist vehicle operation unit in Cirencester.

"Some of those conversions can be really big jobs. I am not sure whether any other manufacturers are able to provide this level of service themselves. Many would outsource to a third party for a manufacturer-approved conversion. We try to do all of that in-house.

"We are also able to develop our own versions of the vehicles we import from Japan. So we did the commercial vehicle variant of the Outlander PHEV ourselves, which has been pretty successful for us in the corporate sector, particularly while the plug-in van grant persists. We do the conversion at Portbury at our PDI centre. For a relatively small company we do a number of things like this that our users appreciate.

"Contract hire, SME and end-user fleets are about 60% of our corporate business, and we do some rental, as we like to provide the dealer network with quality used cars, so we do some buy-back business with daily rental companies.

"We have begun to wind that down a bit. It is a difficult year for used cars, so we have scaled it back a bit."

However, Mitsubishi cars are still placed in many high-visibility fleet roles. "Organisations such as Highways England are increasingly switching to PHEVs, as well as some L200s," he explains.

"The PHEV is supplied to blue-light fleets as a liveried vehicle, as well as unmarked for covert operations. Government agencies are increasingly looking to PHEVs to help reduce their own carbon footprints."

Clearly, as our opening conversations suggested, many are now doing essential work during the Covid-19 lockdown too.