Ssangyong UK is riding out a restructuring plan at its Korean supplier and is confident of attracting more fleet business on the other side of it. Simon Harris spoke with managing director Kevin Griffin. 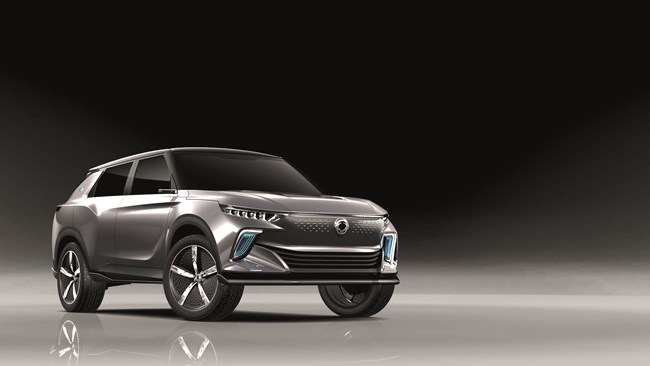 Ssangyong is best known in the UK as a producer of capable four-wheel drive SUVs, with limited interest from a largely CO2-focused fleet sector.

Its line-up of three cars and a pick-up truck (Tivoli, Korando, Rexton and Musso), are heavily retail-focused, but they have proved capable enough for some business wins for fleets needing the capability of four-wheel drive.

I met the Ssangyong UK managing director Kevin Griffin via video link at a time when the company is patiently awaiting the outcome of a restructuring plan in Korea.

The business missed a payment in December 2020 to JP MorganChase bank in Korea, and on 22 December announced it was going through an autonomous restructuring programme (ARP).

Since then, parent company Mahindra & Mahindra has been seeking a new investor, and should finance be in place by the end of the month, the outcome should be positive.

Ssangyong UK is part of independent European vehicle importer Bassadone, so, although not tied to the company in Korea, it and its dealer network is currently reliant on the brand for products.

But unlike in the UK, where the ambition is to achieve a 0.5% market share in the next five years, Ssangyong has a huge business in Korea with a million vehicles on the roads. Failure would seem unlikely.

Griffin, who has been at Ssangyong UK for six years and was appointed managing director in 2020, is optimistic, but says he doesn't know anything more than has been reported.

"For us in the UK, there is no change," he says. "We're still ordering cars and they're still building them."

"Under the autonomous restructuring programme, they have until 28 February 2021 to come up with an arrangement with their creditor.

"We're still operating on the principle that Ssangyong will come through this, and we still have stock and we're still ordering stock.

"This month the new Rexton will arrive in the UK. We put in the order after the company was in the ARP, which is positive and we're still getting parts supply.

"Everything is normal for us, our network is operating as normal and we're awaiting the results at the end of the month."

Ssangyong UK needs some good news, but there are some interesting new products on the horizon.

Griffin says the company has got used to the restrictions of operating under lockdown, and some of the lessons learned in the spring of 2020 have made the current situation a little easier.

"Click and buy has been more effective in this lockdown than the first one," he says. "During 2020 we learned a lot from the lockdowns, including the number of showrooms and staff needed to operate them.

"Our own aspirations include reaching the 10,000 units a year mark in the UK and we would like to see around 25% of that from fleet and business sales, but we think it's achievable.

"We are predominantly a retail brand but we're making an increasing number of inroads into the fleet sector especially through small businesses.

"Our dealer network are either small groups or family-run businesses. They like to look after the customers and people using Ssangyong dealers for the first time are receiving a level of service they aren't necessarily expecting," he says.

"We have a few high-profile fleets, including the Highways Agency and we have some police demonstrators. The Metropolitan Police have placed orders for some of our vehicles, and we have ambulance vehicles on the road with SCAS and medical transport provider IMT, and these vehicles seem to be doing the job for them.

"IMT has 38 Ssangyongs on its fleet at the moment, and we're expecting to supply more. They are used for work including transport of transplant organs or blood.

"The Rexton, Musso and Korando are fitting in, so it's good to see a number of our vehicles being chosen. We've also supplied vehicles to North Wales Fire Service."

So, fleets that need the capability of a sturdy and spacious four-wheel drive vehicle are well-served by the Rexton. But what of the mainstream of the business car sector?

Griffin says Ssangyong is about to introduce its first fully electric car and there will be more plug-in vehicles to follow.

"We're expecting to see the electric Korando in July or August. We're not able to announce prices just yet but we're very excited about this car.

"It will give us an extra inroad into the business car sector, where some of our other vehicles are not as desirable for CO2 considerations, this will put us on the radar.

"Not everyone will buy an electric car from us, but it will make our brand more visible and they might end up buying something else."

The current Ssangyong car line-up offers customers the choice of petrol or diesel engines, with diesel only available in the Rexton (and the Musso pick-up).

But Griffin believes that when the brand begins to sell its first electric vehicle, it will bring about a transformation.

"The EV will change our strategic thinking and the direction we go in," he says.

There are plans for a smaller plug-in hybrid, in a car similar in size to the current Tivoli, Griffin is reserving most enthusiasm for an electric Musso pick-up that should be on the market late 2022 or early 2023.

"We think that will give us a big boost in the pick-up truck sector and it shows the confidence the company has, in spite of the recent difficulties," says Griffin.

"We were shown some pictures of these vehicles in a manufacturing conference in January and everyone was excited about it being launched.

"This electric vehicle will make a difference. There are more brands leaving the pick-up truck market than are coming in, and the Musso is a very good truck. We have two wheelbase lengths and it's incredibly versatile. It has been popular with SMEs and has been selling well during lockdown."

With high-profile Elon Musk creating a fanfare about a Tesla electric truck two years ago, this can only be good news for a company with a strong background in producing pick-up trucks. And for those businesses that depend on pick-up trucks, the Ssangyong truck would be taken more seriously than a Tesla.