For Volvo's fleet team 2020 was meant to be all about plug-in hybrids - and, belatedly, that's how it's turning out, as outgoing fleet chief Steve Beattie tells Sean Keywood. 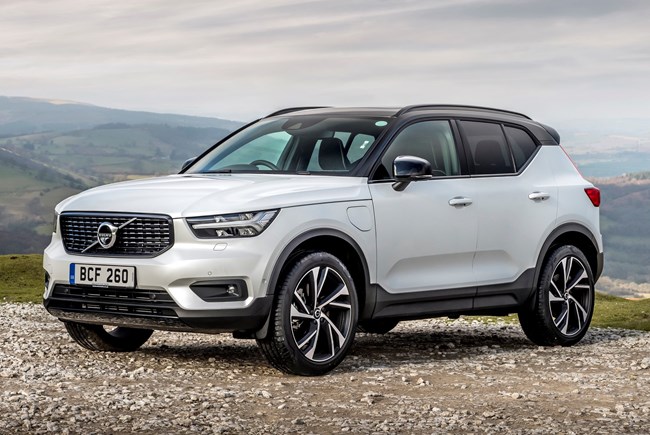 2020 was planned as the 'year of PHEV' for Volvo's UK fleet and business team. When outgoing head of business sales, Steve Beattie, spoke to his staff at the start of the year, he told them that their main aim should be to capitalise on the increased availability of plug-in hybrid product, having previously faced demand exceeding supply.

Of course, after a couple of strong months at the start of the year, the Covid-19 pandemic hit, and everyone's plans were disrupted. However, Beattie - who has now been handed a new job as Volvo's UK head of sales, but is still also covering the fleet role while his replacement is recruited - says that recovery towards the end of the summer was strong.

He says: "We got the [previously partially furloughed] team back to full strength in June, so we were probably a little bit earlier than some of our competitors and some of our customers. And then over the past few months it's just been building up, and I think it feels it's finally back to some sort of normality from a sold order take.

"In fleet and business, if we look at week 41 for last year, then this year we're actually 70 cars up - 250 this week compared with 180 - so it's great, and that's been like that for the last three weeks, so we can really see fleet and business has certainly come back towards the back of the year."

The nature of Volvo's fleet and business recovery is also demonstrating that the 'year of PHEV' plan was an astute one.

Beattie says: "I think the year of PHEV actually is here, although it has been delayed slightly, and what I mean by that is if you look at our fleet and business registrations up until the end of September, we've got a 36% diesel mix, and a 28% hybrid mix.

"But if you look at our sold order bank - cars that will be delivered probably through to January - we've actually got 9% diesel and 51% PHEV, so you can see that since we've opened back up [it has] massively swung in favour of the PHEV cars.

"I think we're taking share with the XC40 twin engine T4, where we only had the T5 before, and we've also launched our T6 engine, in the XC60, V60 and V90, which is extremely well received because it's at that lower-end horsepower, with a lower list price, so it's been really working well for us from a fleet perspective."

PHEV's gain at the expense of diesel orders is in line with Volvo's policies regarding the latter fuel. Having previously announced that no new model launches would feature diesel, and introduced the S60 saloon without the fuel last year, the manufacturer has subsequently stepped up its diesel-free initiative with the announcement that no more diesel XC40 SUVs will be made.

Beattie says that while the S60 was relatively low risk, as a low-volume model for Volvo, making the move with the XC40 initially made him more apprehensive, but he now believes the strong performance of the PHEV means it is viable.

He says: "If you had asked me 18 months ago, I would have sat here and told journalists: 'Of course [losing the diesel XC40] is not a big deal - it will be fantastic news for us.' But I would secretly have been going: 'Oh God, what are we going to do?'

"[But] actually, now I can see that 51% of our sold order mix moving forward is PHEV, and the orders that we are taking on the XC40 PHEV are phenomenal.

"So I think moving away from diesel for us is certainly the right thing to do, as we go through the next few years phasing diesel out in different car lines." 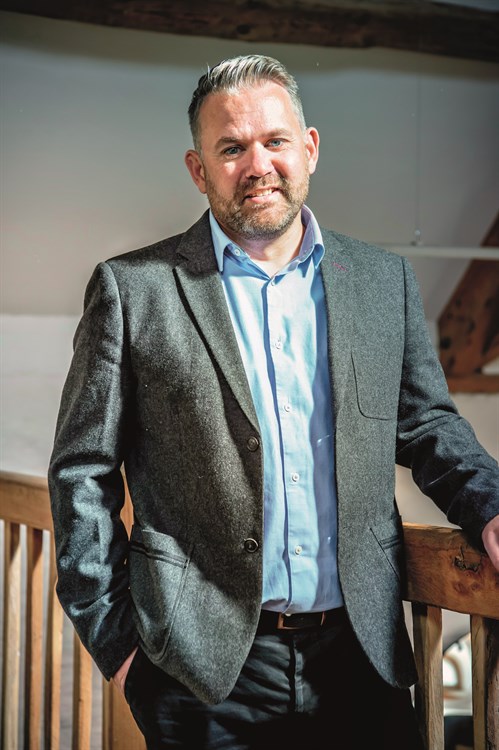 Volvo has also recently introduced mild-hybrid powertrains to its range, but Beattie suggests these are something of a sideshow compared with PHEV from a fleet perspective: "I think we'll continue to see [mild hybrid]. I think not just us but other manufacturers will improve the capacity of the battery over the next few years, and you'll end up getting a better mpg out of it.

"I think mild hybrid is certainly here for a period of time. But Volvo fleet and business is definitely all about PHEV."

Of course, the other piece of the powertrain puzzle is pure electric, and the manufacturer has opened orders for its first electric vehicle, the XC40 Recharge.

When asked if this will be a major volume product, Beattie says: "It will be eventually. But like any car manufacturer, demand is going to outstrip supply on that particular car for a period of time.

"I think as the factories ramp up, as we get to building that vehicle, we will see limited volume, certainly in the next 12 months in the UK.

"But then we will see, come 2023, there is going to be a lot of capacity, and we'll see a lot of [electric] XC40s and various other cars, as we're launching an electric car every year for the next five years."

Looking ahead to 2021, Beattie says that the deliveries of the first electric Volvo XC40s, including some to fleet customers, is an exciting prospect. However, he believes that the company's major fleet focus will continue to be PHEV.

"I think what we need to continue to do as a brand is support and educate both fleet and retail customers about the benefits of owning a PHEV, and how when you are plugging it in and you are using it on a daily basis, it's not just a tax-efficient method of getting a car - you can massively improve your fuel economy, massively improve your financials, and support the environment, so it's a massive win."

Of course, there are limits to how much anyone can plan for 2021 at the moment, with the future picture regarding Covid-19 lockdown measures looking uncertain. However, Volvo's fleet team can perhaps take comfort in how prescient some of the working practices that were introduced have turned out to be.

In a previous interview with Business Car at the start of 2019, Beattie explained how he wanted to have his staff working from home at least two days a week, giving them time to properly follow up on meetings rather than being constantly on the road, and also how he had introduced a team of virtual sales managers. While these policies were conceived pre-pandemic, they obviously came in handy once lockdown hit - the virtual sales managers in particular.

Beattie explains: "The virtual sales manager team was a massive success in 2019 from a B2B perspective. Our B2B sales have massively grown - have outshone large corporate sales. They are phenomenally strong at the moment.

"And then as we moved into this year with Covid, I had a team already that was used to getting a lead from a call centre or from a web lead.

"That team worked all the way through the lockdown period, and were selling cars - they even started selling cars for us on a PCH basis, which was great."

Considering the wider business travel market, Beattie says that a pandemic-prompted aversion to public transport could be a factor in a company car resurgence - but not the
only factor.

"I think we're starting to see a lot of PCH customers come back to the company car," he says. "They went away because of the company car tax - it got really, really expensive - but it's still cheaper, if you get a PHEV, for your company to run your car.

"But then it comes down to the company - are they going to come away from company car schemes or not? I think that comes down to talent. Trying to get really good people into roles is a challenge, so depending on what your organisation does, the traditional company car as a benefit, because of the company car tax that electric and PHEVs offer, I think it's a no-brainer.

"I think where people have just been given car allowances because it was the easier thing to do, why would you not want a PHEV now? Or a BEV?"