Paul Marchment's blog: Why widespread hydrogen company cars might be nearer than we think 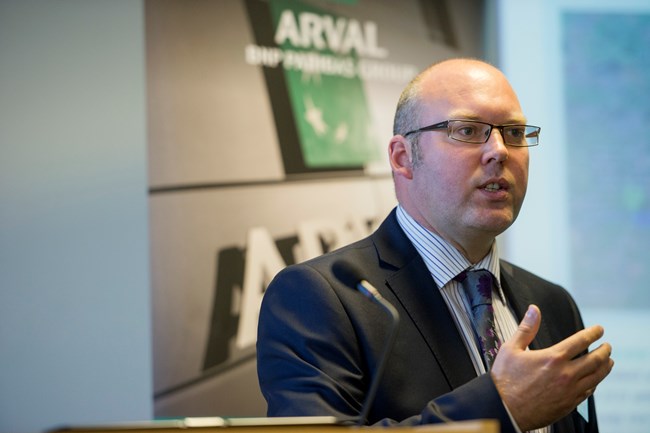 As the person responsible for Arval's involvement with the Hydrogen Hub project, news that Audi is planning to ramp up its commitment to hydrogen fuel cell research and production caught my eye.

What was most interesting were the reasons cited by the manufacturer - concerns over the sourcing of natural resources for battery production and general doubts over ultimate customer attitudes towards electric vehicles (EVs).

Of course, today's EV market is much more developed than the one for hydrogen cars. There are now dozens of models available to buy, dozens more are coming soon, the infrastructure is established and growing, and they are viable choices for the majority of motoring needs. Compared to the handful of expensive hydrogen cars being operated in the UK and the tiny refuelling facilities, EVs have had a headstart of at least a decade, I would say.

But hydrogen does have some very real advantages over electric. The most important are range and speed of refuelling - current hydrogen vehicles cover more than 400 miles on a tank of fuel and refills can be done in a time comparable with petrol and diesel. Also, hydrogen fuel stations can be essentially self-sufficient with fuel being created on-site from renewable resources.

If Audi is right and the market for EVs will be ultimately limited by natural resources and customer acceptance, then hydrogen is potentially ready to step into the limelight. There are now eight cars being operated by businesses as part of the Swindon Hydrogen Hub project and they are very, very popular with fleet managers and users.

We're sharing some of our operating experiences at a series of one-day roadshows across the UK designed to promote hydrogen to fleet managers and other influencers. The next is being held in Oxford on 17 May and others will follow in Leeds on 28 June, Birmingham on 16 October and London later in the year.

There remain some significant barriers to hydrogen, the biggest of which is simply getting the price of the cars down from their current levels, but the potential is enormous. It could be that you find yourself adding hydrogen vehicles to your fleet much sooner than was previously thought possible.