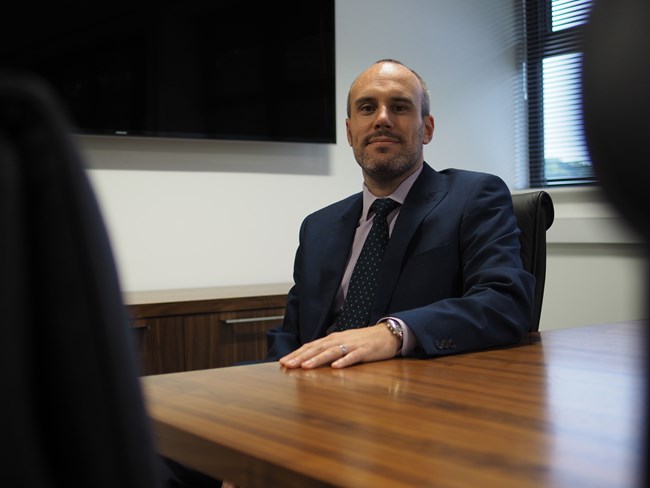 In the last decade, everything went free. Dairy free, gluten free, meat and plastic free to name but a few.  'Free-from' became the buzz word of the nation and brands were born, grown and floated on the bandwagon of this free trend.

Now it's the turn of the car industry to go free-from if it is to achieve the government's target to halve non-electric vehicle sales by 2030 and end them by 2040. There were around 192,000 electric vehicles (EVs) registered in the UK at the end of 2018 and around 5000 being added every month.

The electrification of cars has been increasing ever since the government launched its Plug-In Car Grant back in 2011 - which fuelled an increase in the number of pure-electric and plug-in hybrid models available from many of the top manufacturers.

Despite this growth, electric is still dwarfed by the 30 million fuel-powered cars currently on the road.

So as fuel prices soar and eco-initiatives rise high on government and corporate strategies, it seems we will all soon be driving green. Free from pollution. Free from noise. Free from diesel and petrol stations.

Will plug-in parks and electric eateries replace our network of stalwart petrol and service stations?

There are a number of mental and physical barriers to people taking the plunge into electrification including uncertainty over price and convenience. A limited driving range and lack of places to charge are the most cited as reasons to persist with petrol.

So, does the UK have the EV charging infrastructure to support widespread electric car use and could an EV fit in with a busy commuter or family lifestyle?

Time to recharge your batteries

Most EV owners still plug in at home, at work, or both. As most cars are parked for hours overnight or during working hours, it's the perfect time to top up the battery so you have a full 'tank'. EV charging time can be anything from eight hours on a normal domestic power supply to less than an hour with a high-voltage rapid charger. 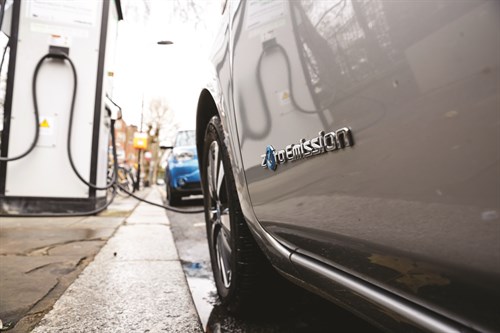 These full tanks would make a 200-mile round-trip commute feasible in the latest electric cars, adding on average only £3.64 to a domestic electricity bill rather than £20 or more in diesel. The stumbling block is when you need to go further than the range allows in one journey or if you hit a traffic jam.

How easy is it to top-up while you're out and about or up and down the UK's 2,173-mile motorway network?  There's good news and bad.

The good, the bad and the ugly

The bad news is that many will now cost you money. As EVs have become more popular, the number of free charging points has declined and the cost of using public charging points has risen. Some charge 30p per kilowatt-hour for electricity so if you don't plan, or find yourself on an unexpected journey, you could end up paying more than three times as much as you would on a home charger. To put into context, charging your car on a fee-paying slow charger could cost in the region of £13 to replenish the batteries to 80 per cent. Do the same at home and you'd pay just £4.37.

On top of electricity usage, some network providers also charge an admin fee which can add £3.50 to each charge cost. Some even require a registration fee of up to £20 just to join their network.

And the ugly. There are currently only 1,945 public rapid charging points which take around 30 minutes for 85 per cent charge when you are out on the road. By comparison there are over 9000 petrol stations where you can fill up in seconds.

So, what is the motivation to dump the diesel?

We take a virtual trip up and down the UK's busiest commuter routes and around the most popular destinations to see how easy it is to get from A to B if you turn your back on fuel to embrace the electric mode of travel.

The average distance between charging points in England is around 3.8 miles (six kilometres) compared to just one mile for diesel and petrol filling stations.

Going electric could be most problematic in North Devon which has the longest average distances between public charging points. According to Department for Transport statistics the average distance can be up to 47 miles. Compare that to only 19 miles for fuel drivers in Applecross, West Scotland.

Eco drivers should move to Southwark in London where they will find a public charging point every 97 metres. Similarly, living in parts of Manchester and Newcastle-upon-Tyne, where the average distance to a charge point is only 193 metres, would make it a no-brainer to go green.

Furthermore, the total cost of ownership of a pure electric car tends to be around 10% cheaper considering depreciation, tax, maintenance, insurance, low-cost mileage, no road tax, no congestion charge and low servicing costs.

However, if you are travelling from Manchester to London, do you have time for potentially three charge stops which could add over 1.5 hours to your travel time? Would you be as confident driving round Devon in your electric car as your friend in their petrol 4x4?

Can you put a price on range anxiety and time - particularly if the driver is a busy commuter or travelling with children in North Devon?

You'll certainly have to by 2040. But by then petrol stations may be as rare as plastic.